The Bank of the Legions (Legionářská banka, or Legiobanka) was founded in 1919 in the Siberian city of Irkutsk as a depository for the savings of Czechoslovak soldiers returning from the First World War. As a sign of the great regard in which these heroes were held – many thousands of them journeyed half way round the world to get back home – a new building was erected between 1921 and 1923 in Prague, designed by one of the leading architects of the day, Josef Gočár.

Already well known for his House of the Black Madonna (1911), Gočár chose to develop the five-bayed  structure in the prevalent rondo-cubist style, its weighty arcs and cylindrical pilasters contributing to a dynamic, monumental frontage. The strong verticals of the facade are supported by a vast horizontal frieze by Otto Gutfreund, depicting the heroes’ return; and four massy reliefs by the sculptor Jan Štursa commemorating the various battles of the Legionnaires. A blend of red and white stone was selected to echo the national colours of the fledgling Czechoslovakia. 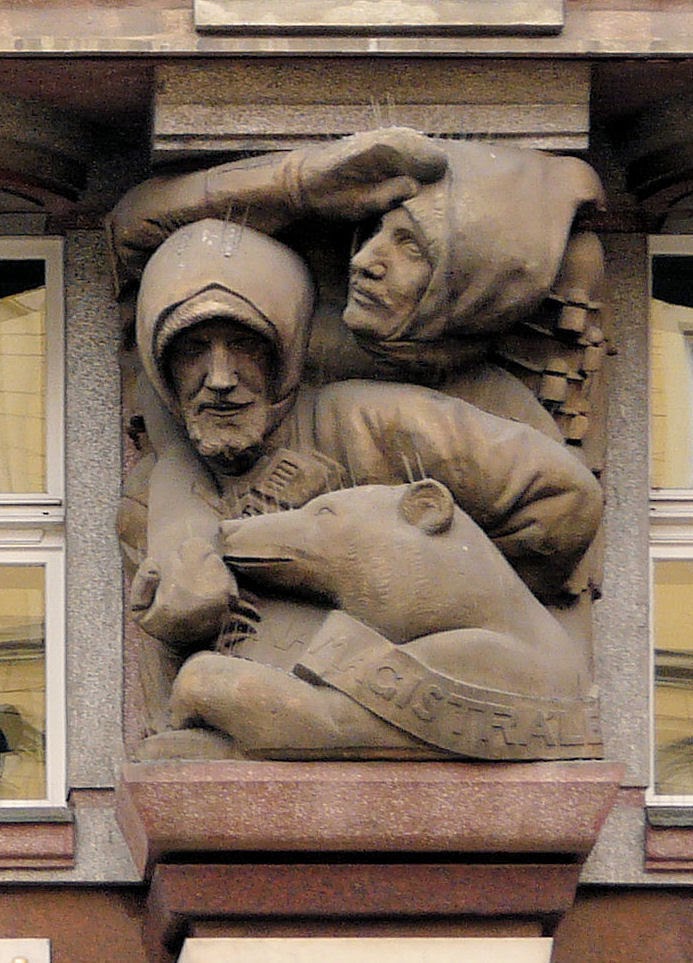 On the Trans-Siberian railway – relief by Jan Štursa

Battles of Vouziers and Terron (October 1918) – relief by Jan Štursa