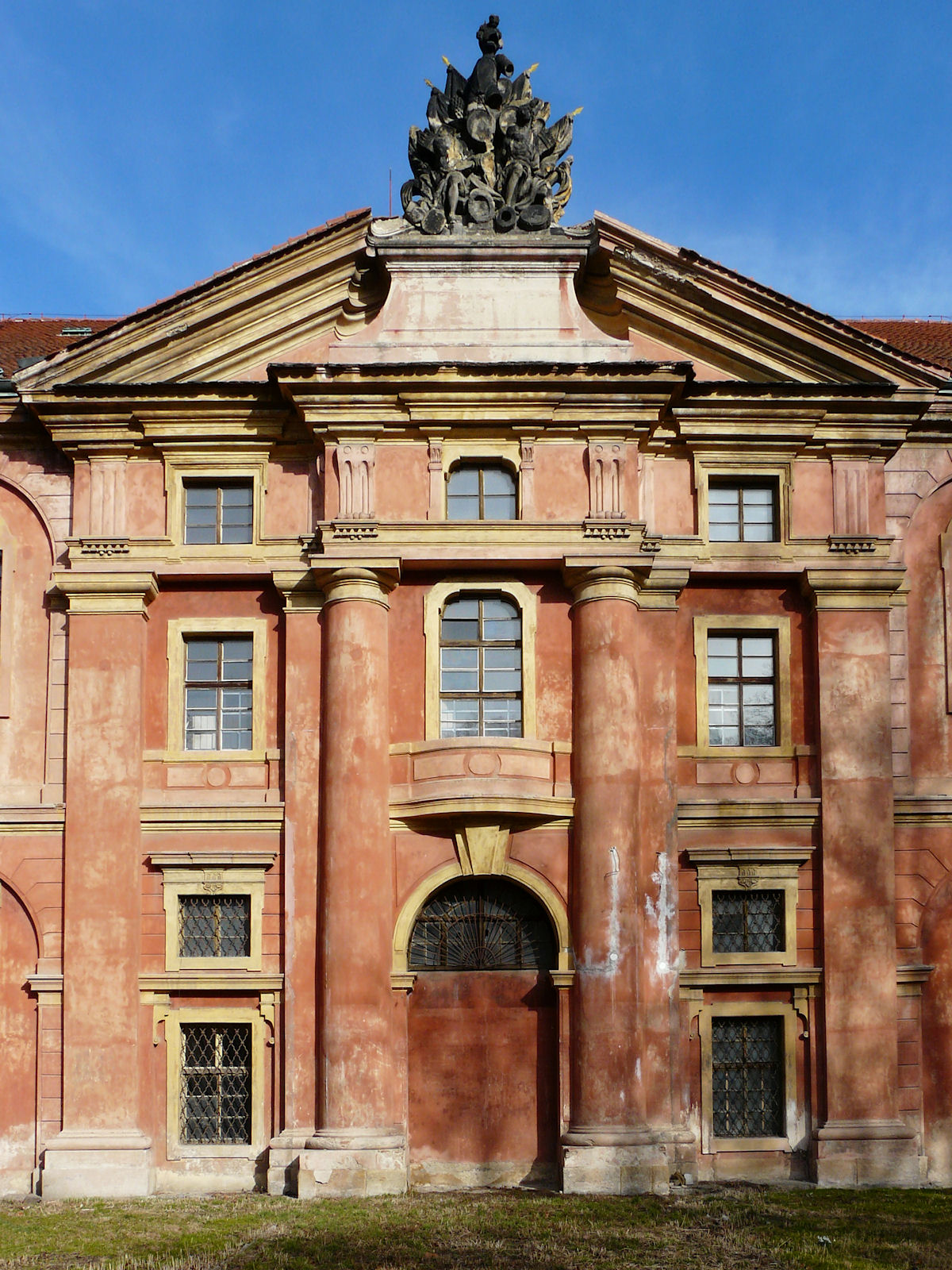 Taking his cue from the construction of Les Invalides in Paris, Count Petr Strozzi left directions for the foundation of a similar institution in Prague for veterans and wounded soldiers. Work commenced in the district of Karlin in 1731 to a design by Kilián Ignác Dientzenhofer.

The original ground plan – nine barracks and a chapel grouped around a central courtyard – was the responsibility of the prolific Viennese baroque architect Josef Emanuel Fischer von Erlach, son of the architect of the Clam-Gallas palace. Although only one of the nine buildings was ever completed, it fulfilled its intended purpose until 1935.

The Invalidovna (which appeared as the lunatic asylum in Miloš Forman’s film Amadeus) was badly damaged in the Prague floods of 2002, and underwent partial renovation to the North wing (bottom) The rest of the building remains in a dilapidated state at the time of writing (2019)