Designed in 1893 by the architect Jindřich Fialka (who was to become the first director of the School of Industrial Design in Pardubice) this magnificent neo-baroque structure was ceremonially opened in February 1897 as the Old Town Market Hall. Its capacious ground floor was given over to the sale of all manner of international produce, including Serbian lamb, Rhineland salmon, Provencal geese, and those rarest of delicacies, frogs’ legs. Now the building houses a Sushi bar and a supermarket – not too far removed from its original purpose. 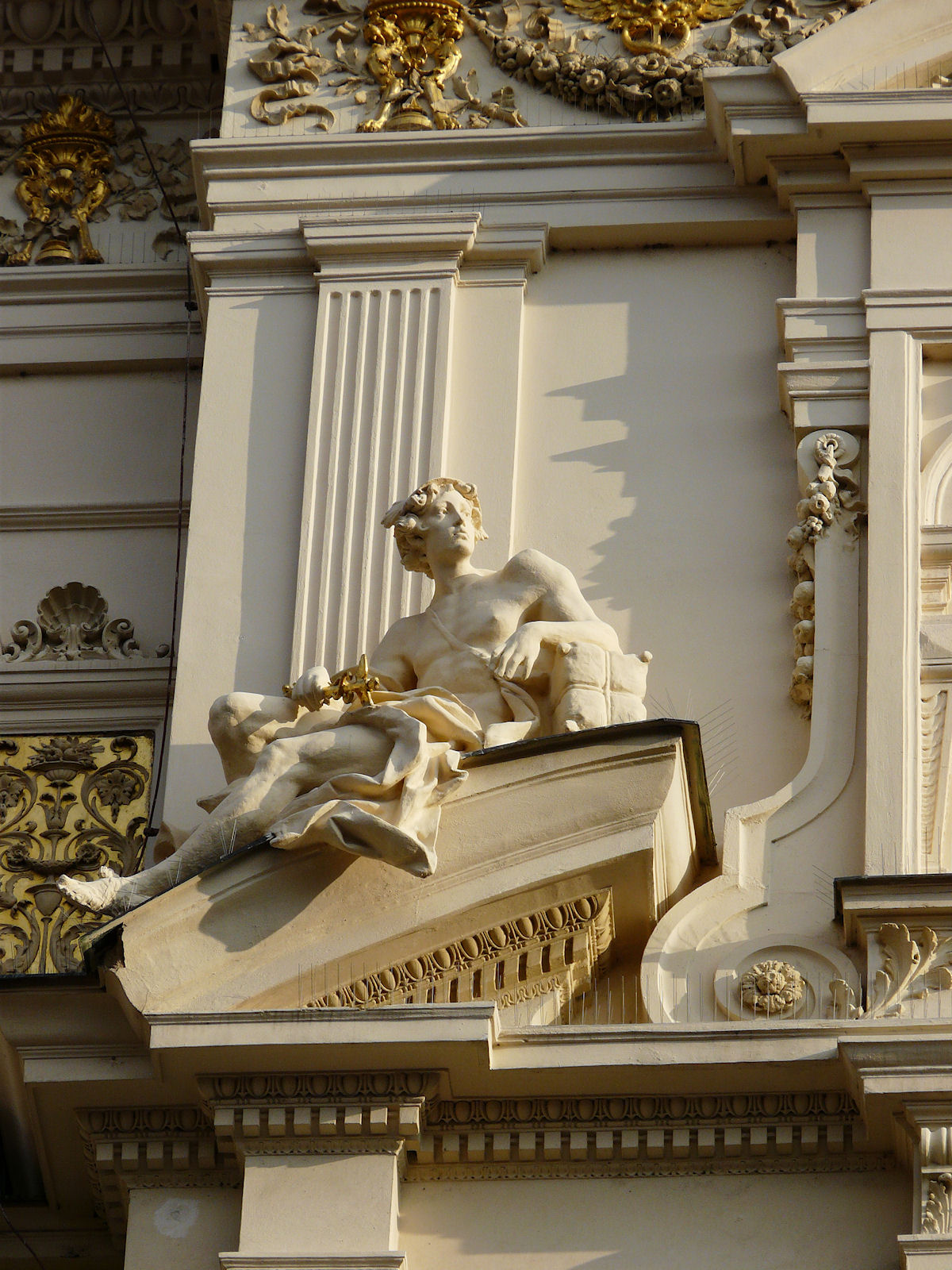 In typical historicist style, the facade is festooned with classical deities, including a pair of Atlantes (supporting figures in the shape of Atlas) holding up the central projection, and – atop the broken pediment – the figures of Mercury and Diana holding, respectively, a golden caduceus and a crescent moon. By a pleasing coincidence, the rising moon appeared just above the building at the time this photograph was taken on the afternoon of 29 February 2012. 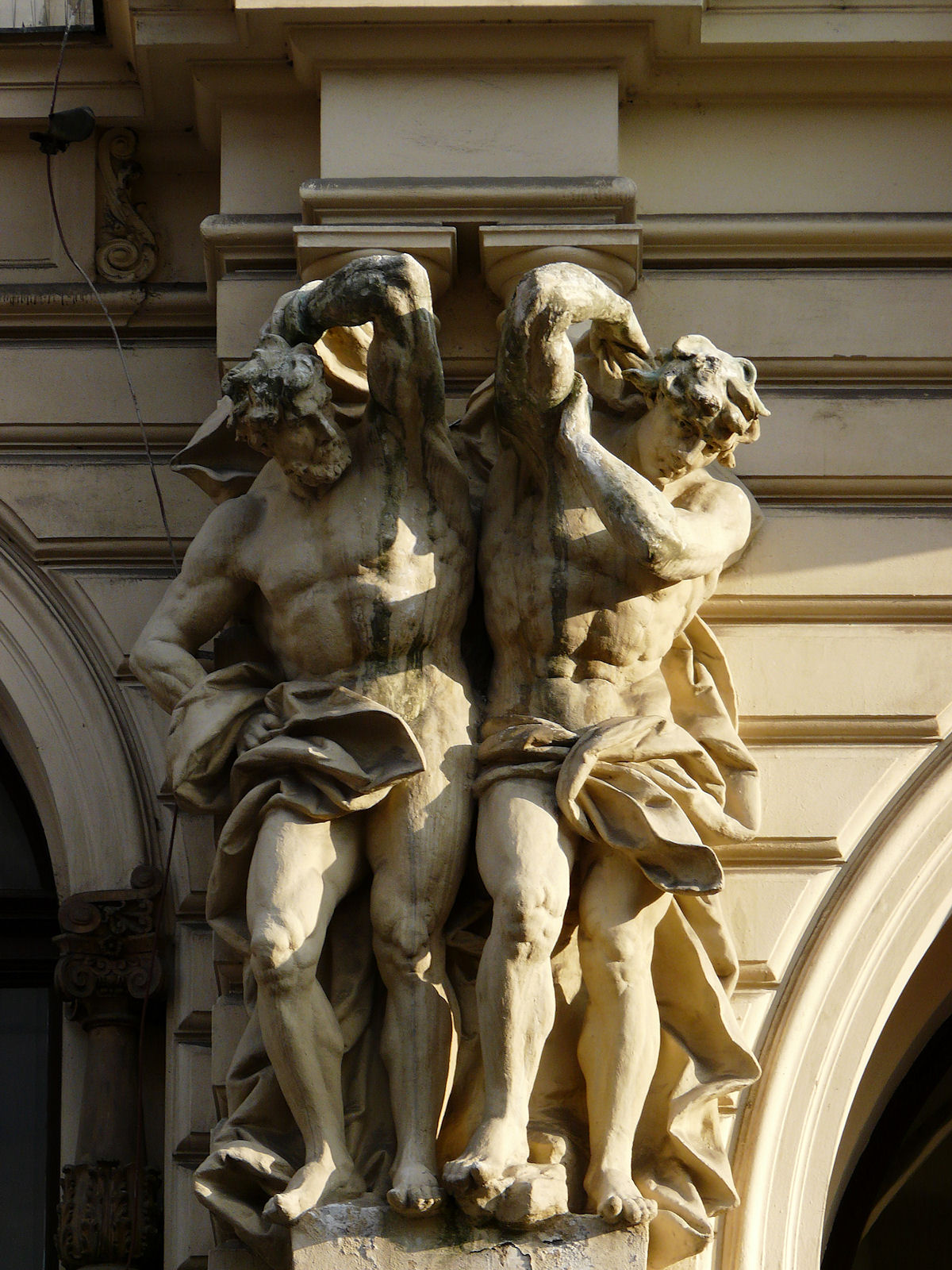