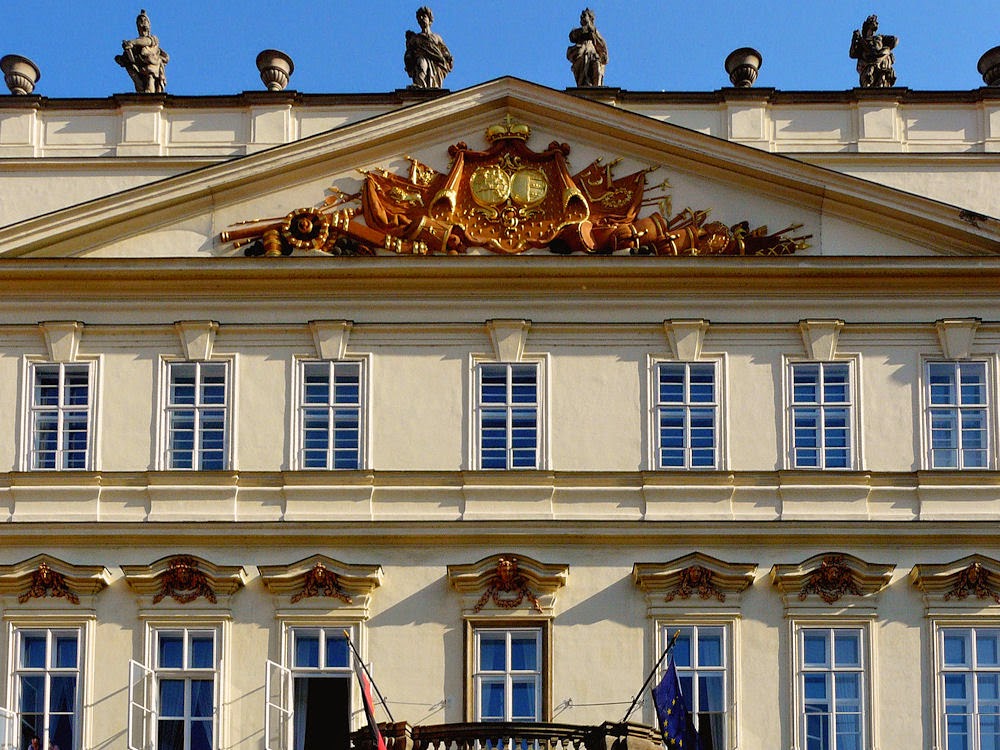 Originally a single-storey construction, this magnificent three-winged palace was built between 1703 and 1706 by the architect Giovanni Battista Aliprandi for Count Karel Přehořovský of Kvasejovice, Master of the Royal Mint. In 1753, it was acquired by the Lobkowicz family; and following a severe fire in 1768, a second storey was added by Ignác Jan Palliardi.

Viewed from the south, the architectural result is striking and dynamic, with the two side wings flying out from a central rotunda and balcony, very much in the spirit of the high baroque.

Celebrations to mark the 25th anniversary of the events of 1989

Following its sale to Czechoslovakia in 1927, the palace served a number of state functions until 1974, when it became the embassy of the Federal Republic of Germany (the Bundesrepublik Deutschland, often referred to as West Germany).

In May 1989, Hungary opened its border with Austria, the first official breach in the ‘Iron Curtain’ which had separated the Soviet bloc from the rest of Europe since the end of the Second World War. Taking this as their cue, thousands of East Germans travelled to Prague that August and sought refuge in the Embassy gardens, demanding free passage to the West. On 30 September, the German foreign minister Hans-Dietrich Genscher stood on the balcony of the palace to deliver their wish, to rapturous cheers. It was an act that defined the end of communism, and set Germany on the path to reunification.