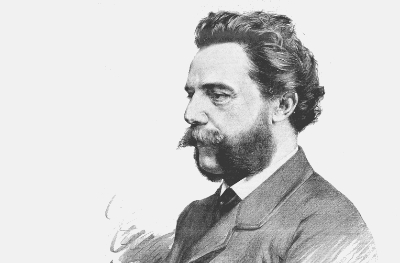 Stand at the east end of the Bridge of Legions (Most Legií) , and you can take in all three of Ullmann’s large-scale projects from the early 1860s: the Lažanský Palace (housing the Cafe Slavia), the Academy of Sciences (originally the headquarters of the Česká spořitelna bank), and the Provisional Theatre of 1862, later incorporated into the National Theatre.

Of all the work of Vojtěch Ignác Ullmann, perhaps the most outstanding is the building that today houses the Czech Academy of Sciences (Akademie věd). Ullmann’s grand neo-renaissance plan saw off competition from a large...

Built on the site of the fifteenth-century House of the Black Hare, this neo-renaissance palace in the Venetian style was erected in 1857 for Vojtěch Lanna, founder of the Kladno steelworks. As often in the...

In the year 863, the Orthodox missionary brothers Cyril and Methodius began translating the Bible into the language known as Old Church Slavonic, using a specially-formulated script from which was derived the later ‘Cyrillic’ alphabet....

A theatre was planned for this riverbank site as early as 1844, but it was not until 1862 that the first National Theatre (Národní Divadlo) appeared, in the form of a neo-classical building designed by...