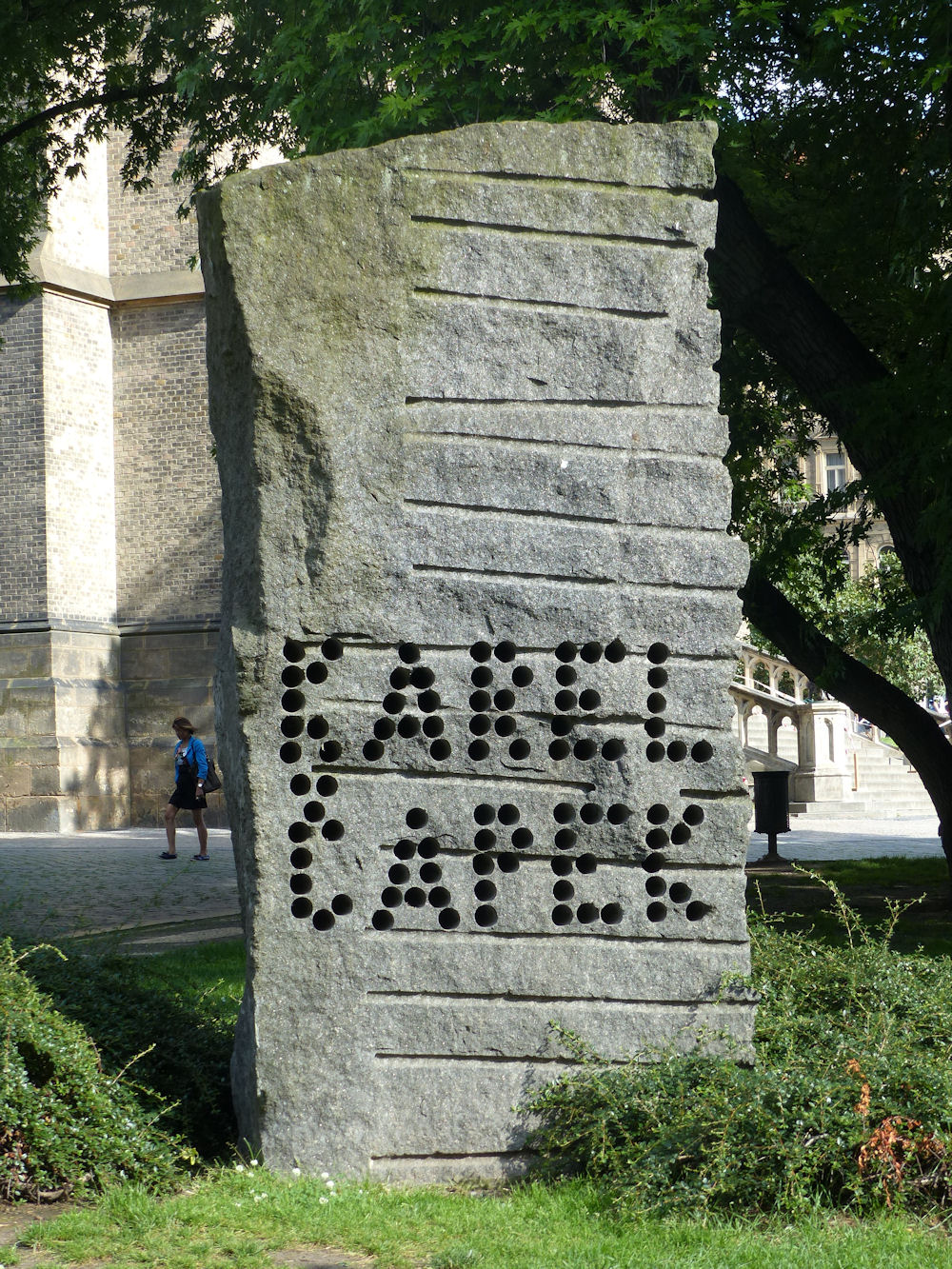 Prague is a city full of stories of artificial human beings, from the Golem, a mud-man devised by the 16th century Rabbi Loew to protect the Jewish community, to the bizarrely mummified remains of Klement Gottwald, the first communist president of Czechoslovakia. But perhaps the most important automata appeared in the play R.U.R, written by Karel Čapek in 1921.

The play gives us a scary glimpse into a future society where mass-produced biologically-engineered servants rebel against their human inventors, a plot which became the blueprint for many later works of science fiction. Originally the servants were to have been called ‘labourers’, but Karel’s brother, the cubist artist Josef Čapek, made an alternative suggestion, one that would go down in history: these creatures performed unpaid labour — ‘robota’ — they should be called ‘robots’. And so a word, and an entire modern concept, was born.

Karel Čapek’s output was extensive. As well as collecting Czech fairy-tales, he was the friend and biographer of the first Czech president, Tomáš Masaryk; he wrote satirical plays such as The Insect Play and The Makropoulos Case, a drama on the theme of immortality which was turned into an opera by fellow Czech Leoš Janáček; and he was the author of the novel The War with the Newts, which provides, like R.U.R., a satirical view of human society. In addition to his writing, Karel was also director of the Vinohrady Theatre from 1921 to 1923.

The brothers lived in a large double villa in a smart residential district, and in their time were the toast of the new republic. But neither survived the first half of the twentieth century. Karel died of pneumonia on Christmas Day 1938, three months before Hitler’s occupation of Prague; his older brother died, probably in April 1945, in Belsen concentration camp.

In 1990 it was agreed to erect a permanent memorial to the brothers in the attractive square Náměstí Míru, just opposite the Vinohrady theatre; and in 1995 the finished monument by the sculptor Pavel Opočensky was unveiled. A gaunt three-metre-tall granite block from the Šumava mountains in southwestern Bohemia, its opposing faces are punctured with holes spelling the names of the Čapeks, while the sides are pricked out with the dates of the brothers’ births and untimely deaths.

Parts of this article appeared originally in my Vršovice Photo Diary