Church of the Name of the Virgin, Křtiny

Legend has it that the ninth-century saints Cyril and Methodius baptized their first Moravian disciples in this wooded valley a few miles northeast of Brno (about 150 miles southeast of Prague). The village of Křtiny (‘Christenings’) later became an important pilgrimage site, marked by the presence of a famous gothic statue of the Virgin. By the 17th century, up to 50,000 pilgrims a year were making their spiritual journey here.

In 1718, the noted Prague-born architect Jan Blazej Santini-Aichel was commissioned by the Premonstratensian order to design a great pilgrimage church replacing two earlier structures. Born ten years after the death of the revolutionary Roman architect Francesco Borromini, Santini was much influenced by this master of the Baroque, especially by his organic geometry and numerological ground-plans. The churches here at Křtiny and the nearby Zelená Hora are exquisite examples of the later architect’s debt to his Swiss-Italian forebear.

The airy interior of the main church at Křtiny, completed in 1750, provides natural lighting for the impressive ceiling frescoes on the theme of Mary, Queen of all Saints, by the Brno-born Jan Jiří Etgens (1691-1757). Keep clicking the image below for full detail: 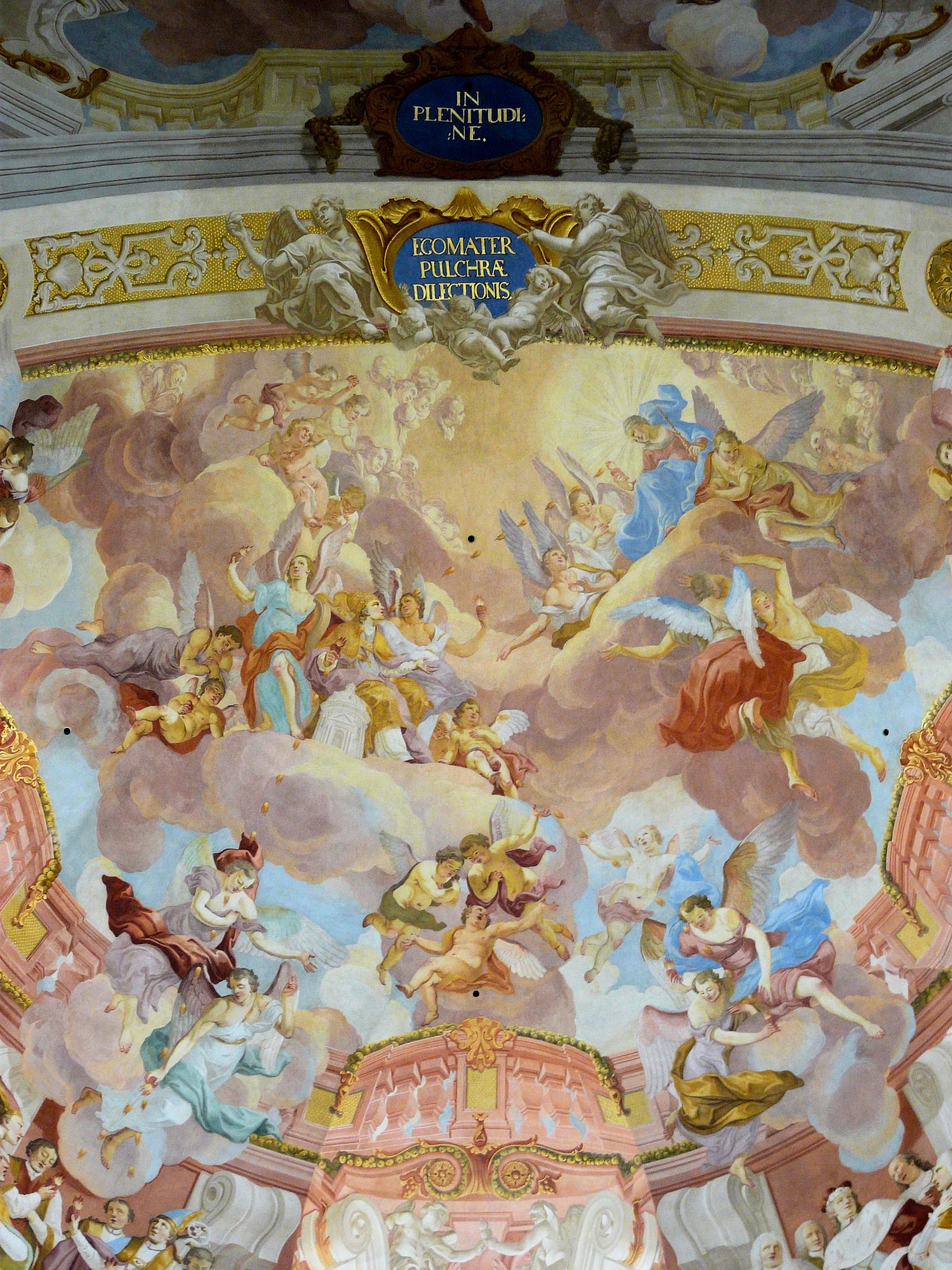