The second of Prague’s two great churches dedicated to Saint Nicholas was erected in the Old Town Square between 1732 and 1737 on the site of a 13th century parish church. Its architect was Kilián Ignác Dientzenhofer, who had also worked with his father on the Cathedral of St Nicholas across the river.

Hemmed in by the surrounding streets, the West End was not considered worth decorating; instead, the entire South side was modelled to give the impression of a grand baroque entrance, complete with monumental double pediment, composite capitals, and superb statuary by Antonín Braun, nephew of the more famous Matthias Bernhard Braun. Entering the church can thus be a disorientating experience, as at first sight it appears wider than it is long.

Originally a Catholic foundation, the building has also served as a Russian Orthodox church from 1871, and as a Hussite church since 1920. 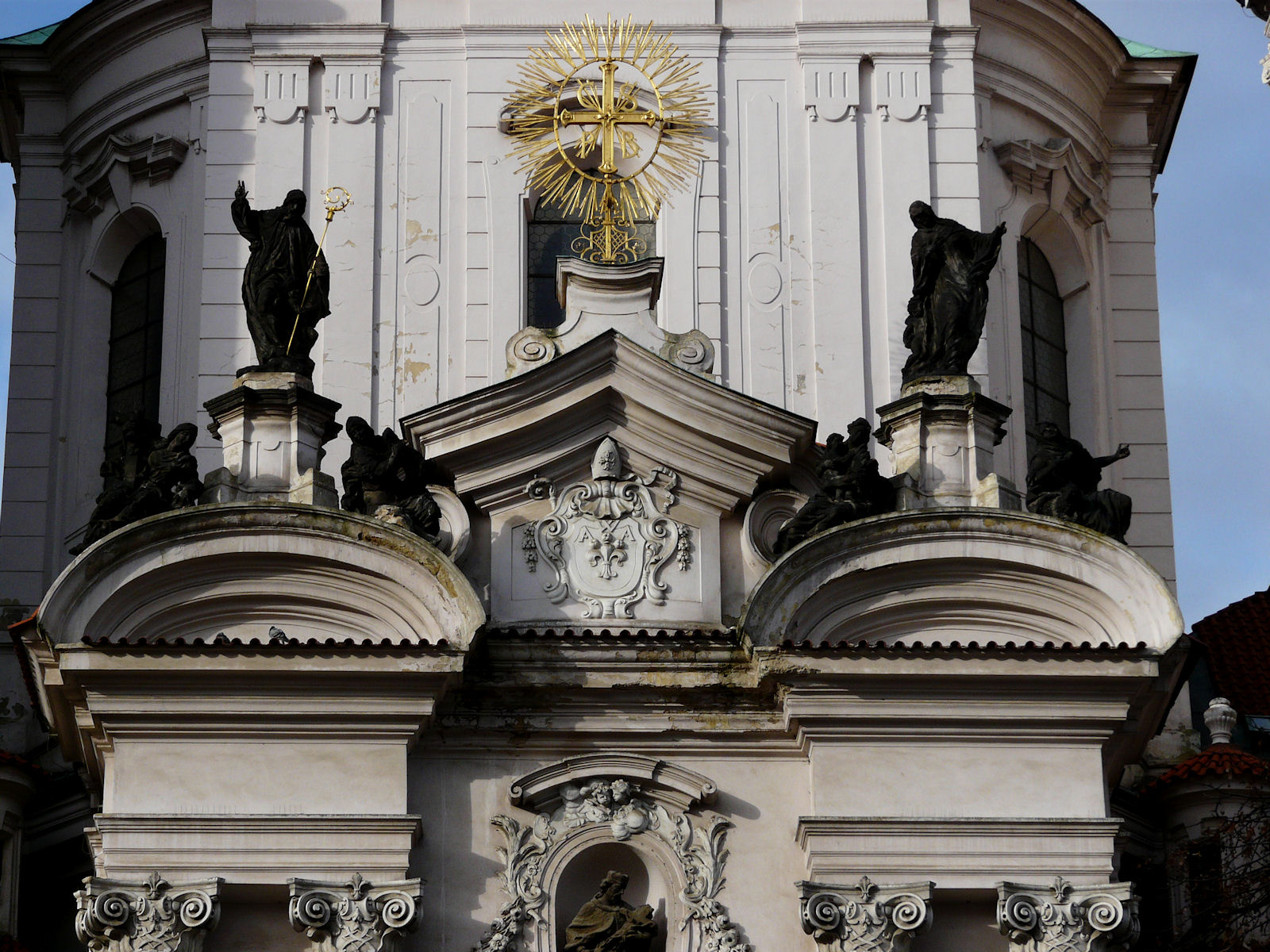