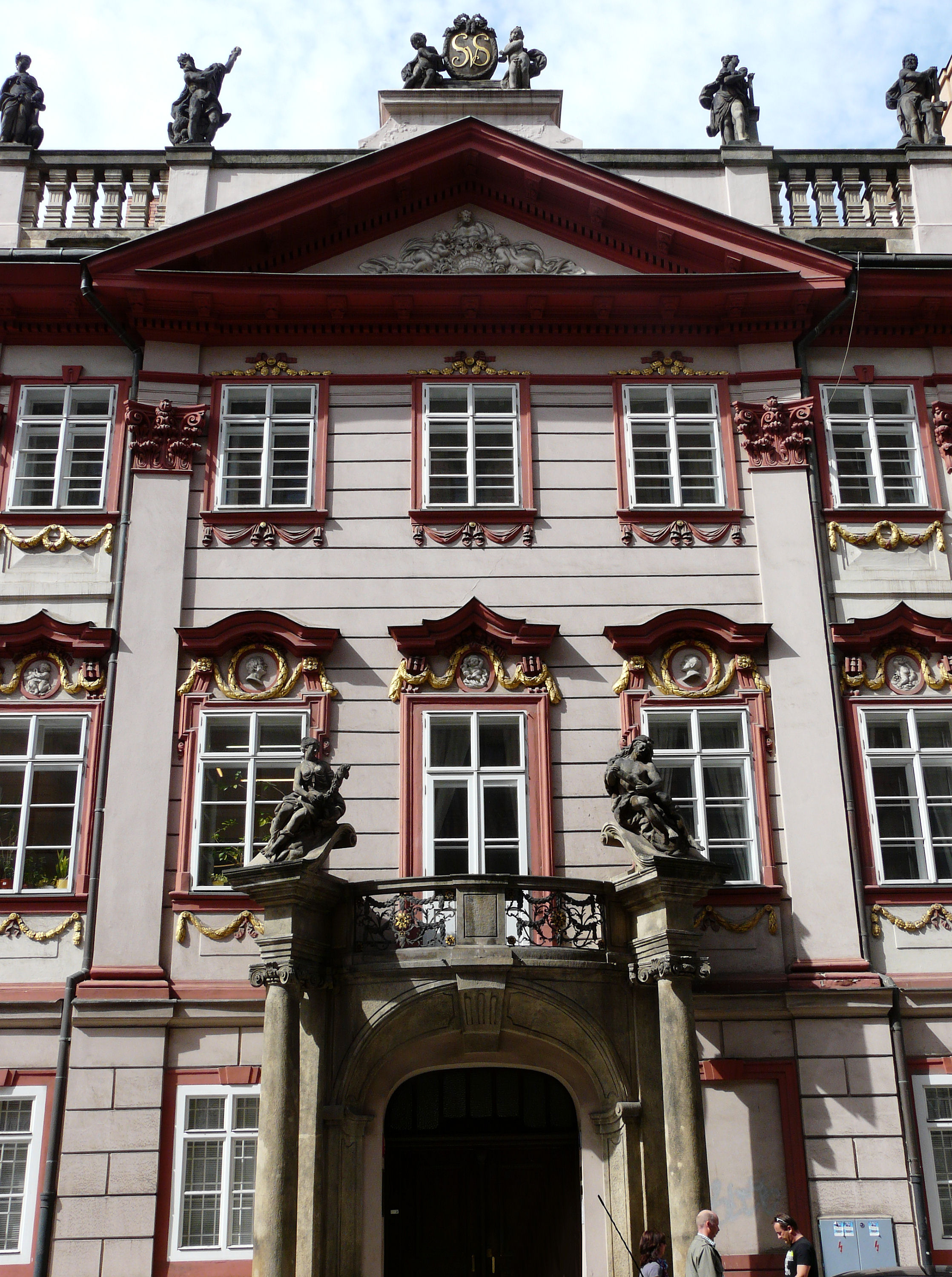 By the end of the seventeenth century, the house that previously stood here – at one time owned by the father of the engraver Václav Hollar – had fallen into disrepair, prompting its sale to Count Karl Joachim von Bredam, who had a three-storey baroque palace erected in its place.

Five years later, in 1699, the property was bought in turn by Franz Anton Špork, one of the chief patrons of the arts in Prague, who held regular operatic concerts here until the time of his death in 1738. It was Špork’s grandson-in-law Johann Franz Sweerts who commissioned Anton Haffenecker and Ignác Michal Platzer to work on the building, their neo-classical additions producing the composite facade that we see today.

A fuller history can be found in this article from the Arts Faculty of Charles University, the present owners, who had it restored in 1999. 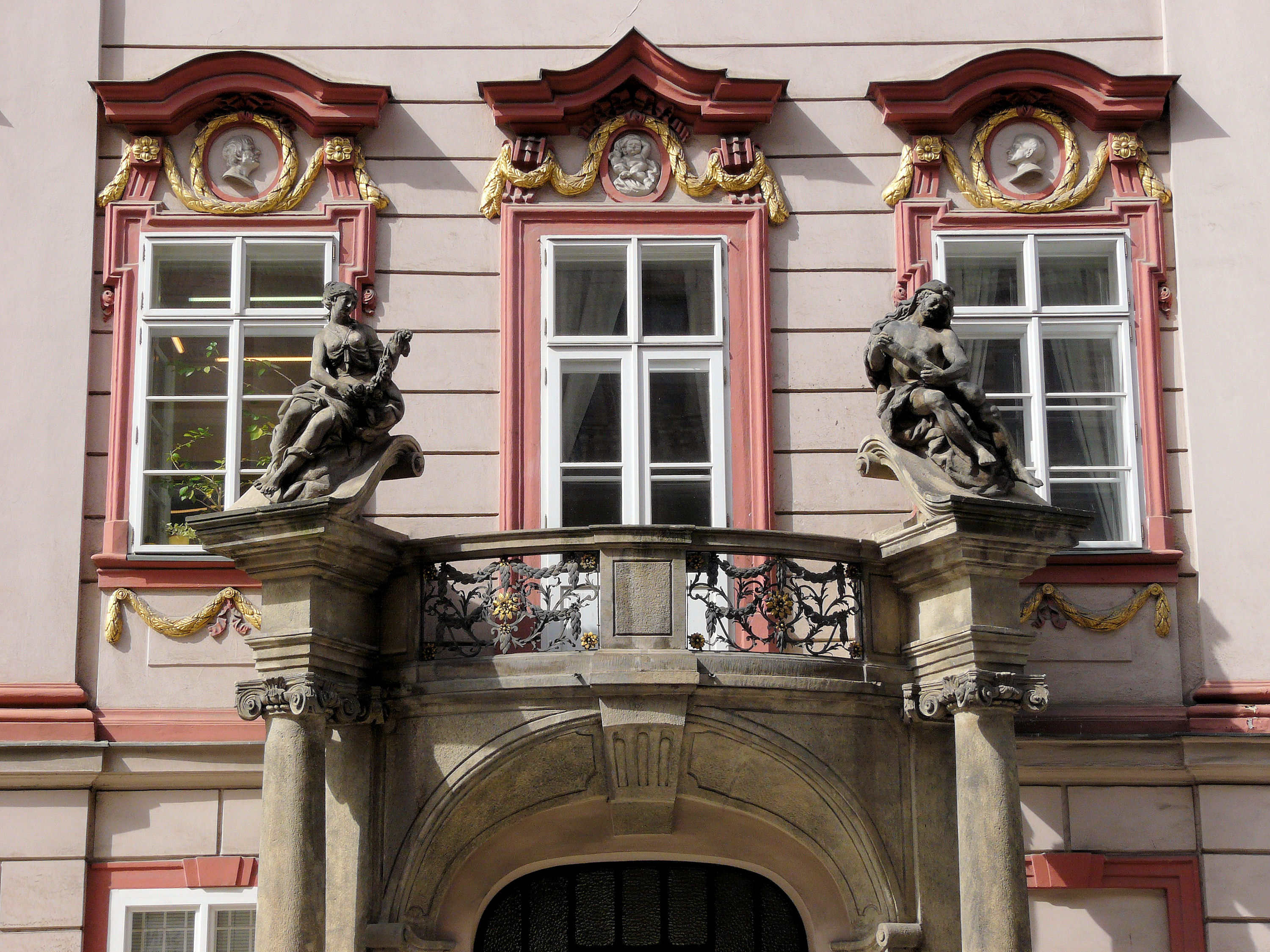 Facade of the Sweerts-Špork Palace (1783), redeveloped by Anton Haffenecker, with sculpture and ornamentation by Ignác Michal Platzer.