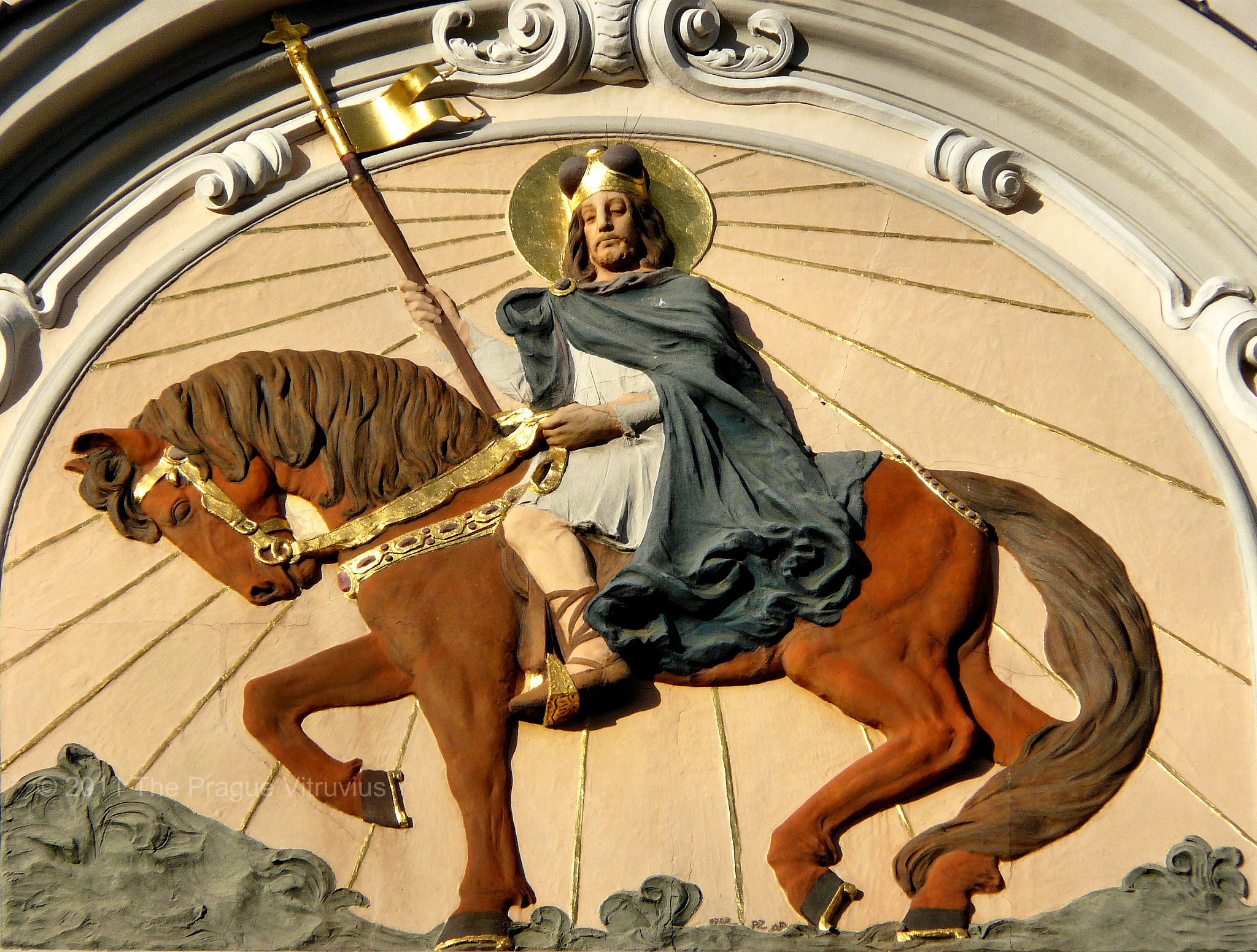 Saint Wenceslas (Svatý Václav) was a tenth-century duke of Bohemia and patron of the Czech lands. His good deeds, particularly those carried out with his page Podevin, became the subject of a favourite English Christmas carol, since when he has been known to the world as ‘Good King’ Wenceslas, although in point of fact he was more correctly a prince.

Wenceslas was murdered by his brother Boleslav the Cruel in 935 AD and is buried in Prague’s St Vitus Cathedral; as a protector of the Czech lands his likeness can be found everywhere – from statues such as the one in Wenceslas Square to depictions such as this, in its attractive lunette.

The apartment block, in fashionable Kodaňská street, was built in 1909 by Václav Šourek. 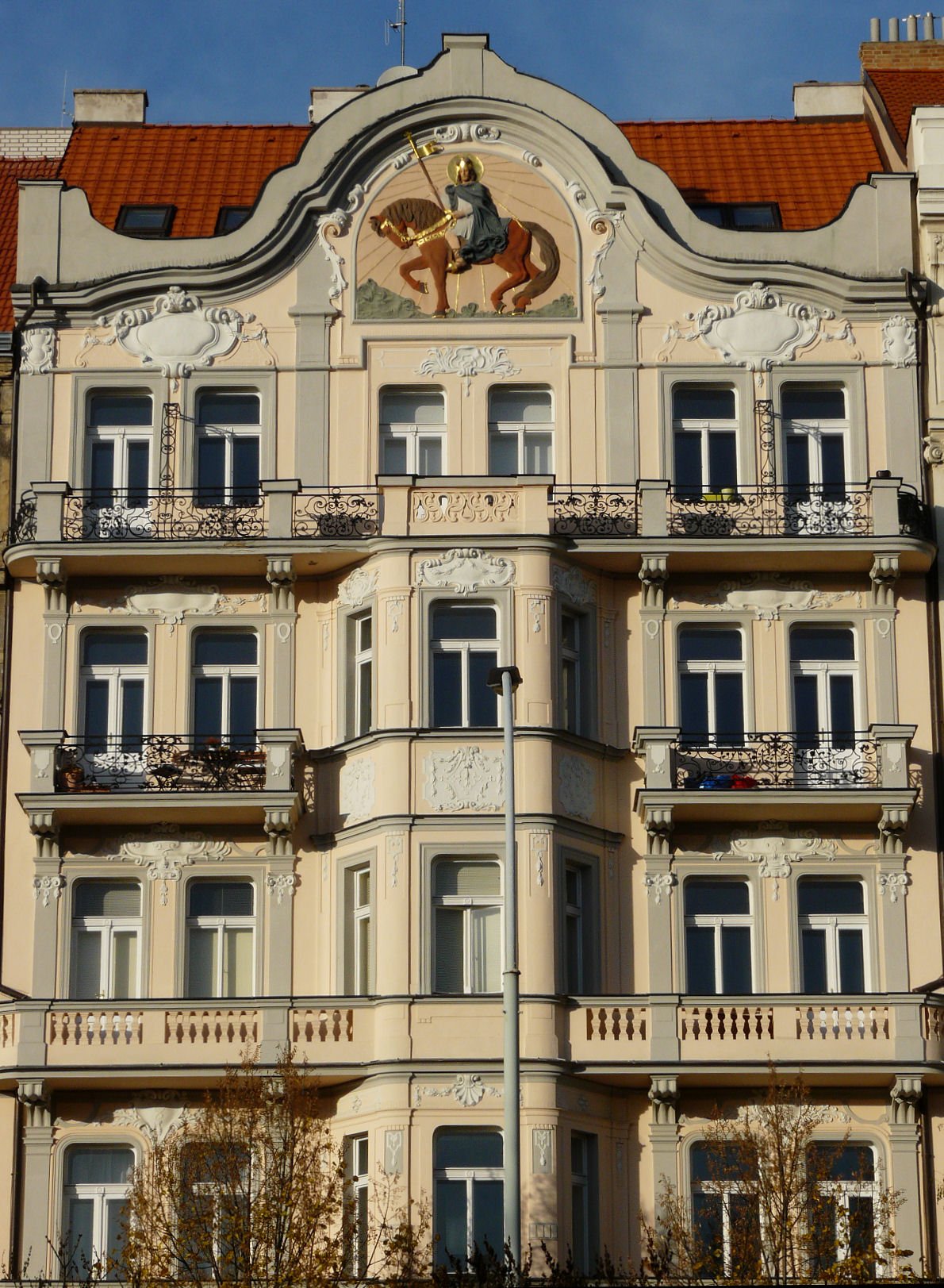