In 1928, the wealthy Jewish industrialist Fritz Tugendhat and his wife Greta commissioned the architect Ludwig Mies van de Rohe to design a family house on a plot of land overlooking the Czech Republic’s second city, Brno. The villa, completed in 1930, is today considered one of the finest examples of functionalist design anywhere in the world.

Crucial to the success of the building are its strongly-defined horizontal planes, and a panoramic south-facing first floor window of plate glass which allows the interior spaces to be filled with light. The minimalist interior, interrupted only by a strikingly monolithic wall of onyx, is a paean to Mies’s open-plan philosophy of architecture: ‘less is more’. Mies van der Rohe was also responsible for the furniture, precise copies of which are now placed throughout the translucent living space.

The villa has been twice restored – once in the 1980s, and again from 2010 to 2011. On 26 August 1992 it was the location for the signing of the agreement to divide Czechoslovakia into two countries, the Czech Republic and Slovakia. On 19 September 2012, at the invitation of the British Chamber of Commerce, the novelist Simon Mawer visited the Villa Tugendhat to read extracts from his acclaimed work The Glass Room, the subject of which is a fictional house based on Mies’s masterpiece. 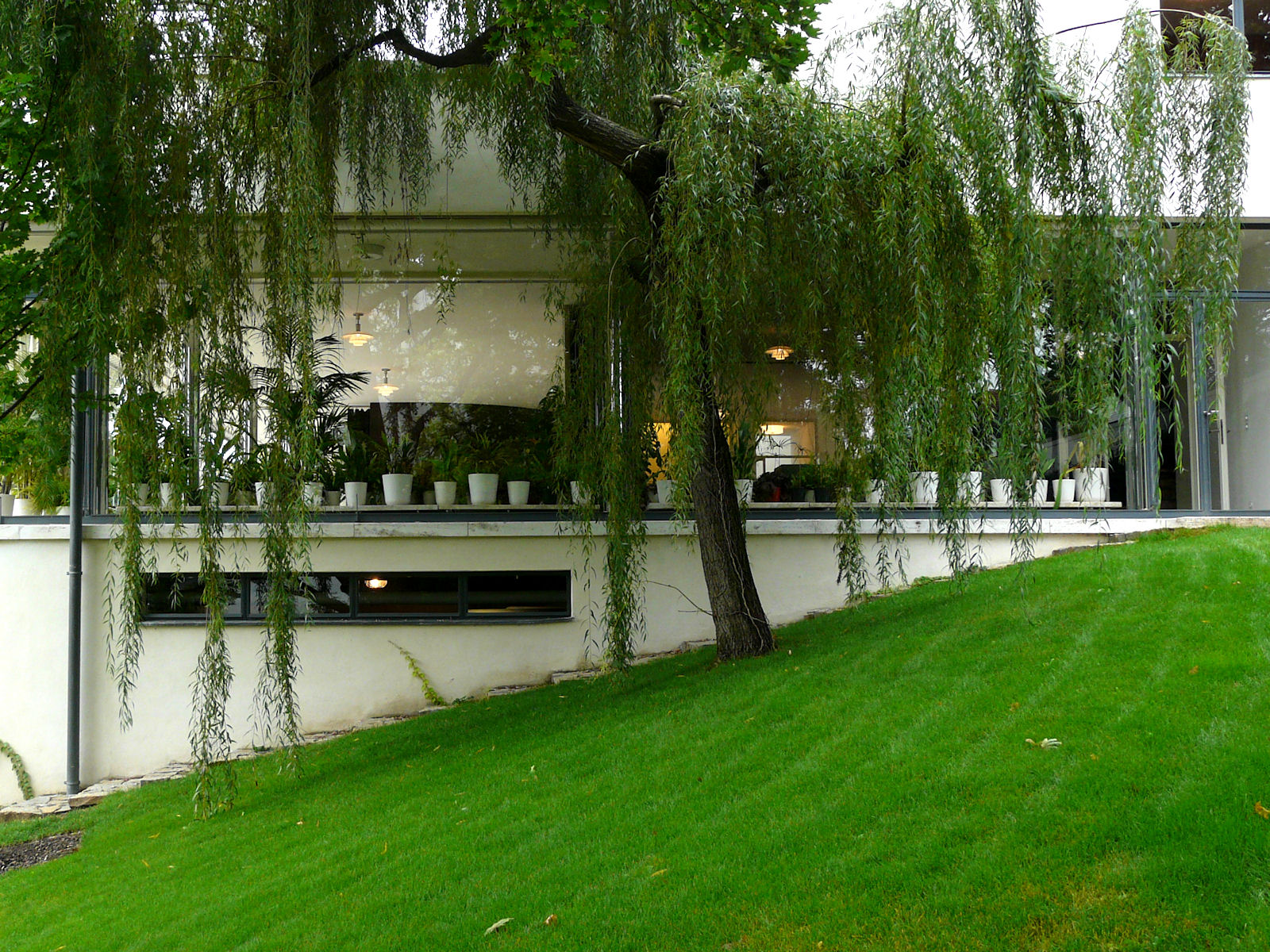