Vítkov Hill, due east of Prague’s historic centre, has always been an important strategic site. It was here in 1420 that Jan Žižka, scourge of the Holy Roman Empire and zealous warrior of the Hussite cause, led his troops to victory over the Emperor Sigismund.

Unsurprisingly, then, it was Žižka who became synonymous with the fight for Czech emancipation from Austria-Hungary in the late nineteenth century. In 1887, the sprawling suburb below the hill was renamed ‘Žižkov’ after the indomitable one-eyed general of four hundred years earlier; and in 1912 the first plans were drawn up to erect a memorial to him on the summit. Delayed by the first and second world wars, the eventual choice – a monumental equestrian bronze by Bohumil Kafka -was finally unveiled on 14 July 1950, the 530th anniversary of the battle of Vítkov. 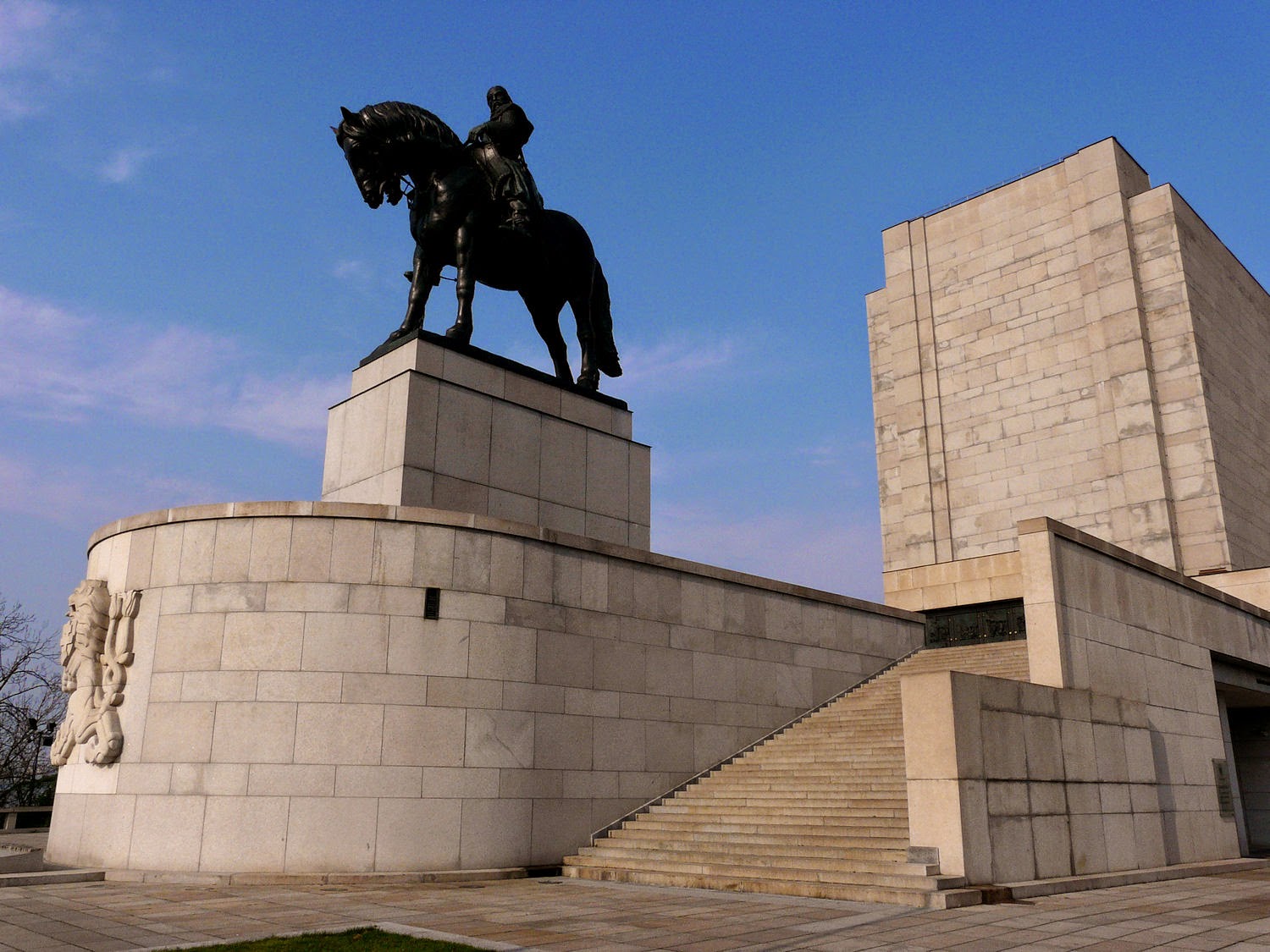 Looming beyond the 60-foot-high pedestal and rider is the vast functionalist monolith of the National Memorial, originally built during the First Czechoslovak Republic to honour the sacrifice of the Czech Legionnaires, a great army of some 60,000 soldiers who – trapped literally between the First World War and the Bolshevik Revolution – made their way battle by battle through Siberia to Vladivostok and thence by ship via America, Ceylon and South Africa before returning home to newly independent Czechoslovakia and a heroes’ welcome.

The memorial was constructed in 1925 to a plan by Jan Zázvorka. The remains of two unknown legionnaires, one from the First World War battle of Zborov and one from the Second World War conflict at Dukla, are interred in a vault between six massive pillars that in turn support the monument of Žižka.

Tomb of the Unknown Warrior

The heavy bronze doors to the memorial, added in the mid-1950s by Josef Malejovský and Antonín Strnadel, display twelve scenes in bas-relief, in a manner similar to the renaissance doors by Ghiberti in Florence. The six on the left show scenes from the history of the Hussite wars, while those on the right show scenes of the Soviet liberation of Prague. There is no reference in these panels to the Czech legionnaires: despite the victory of the common man enshrined in the figure of Žižka, the idea of Czech nationhood was anathema to the communists. Instead, during their time in power, they turned the Memorial into a mausoleum for the embalmed puppet leaders of the ČSSR. 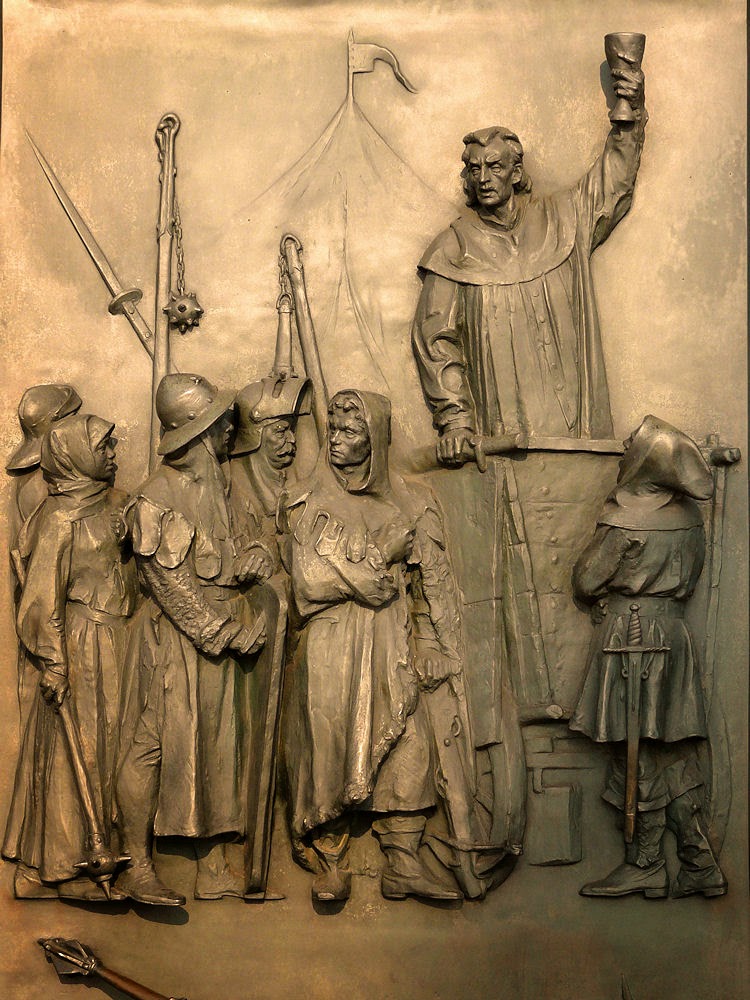