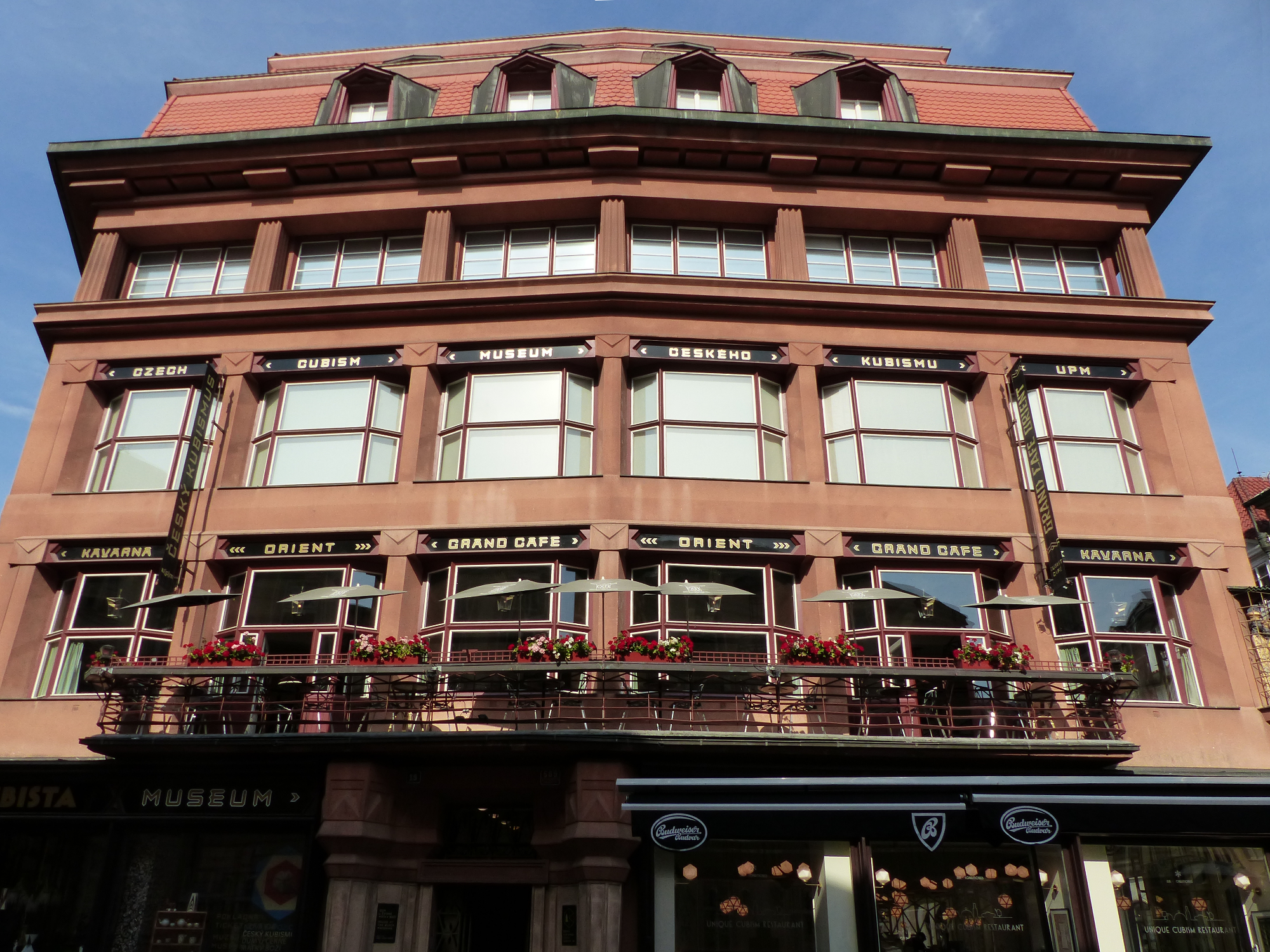 The ‘House of the Black Madonna’ occupies a corner plot between the streets of Celetná and Ovocný trh (Fruitmarket) in Prague’s Old Town. Its facade and the unique interior were designed in 1911 by Josef Gočár, an example of whose later work is the functionalist Church of St Wenceslas in Vršovice.

But this house is very distinctly in the architect’s earlier cubist style, with sharp-angled stone mullions and rhomboids parodying classical columns and capitals. The Grand Cafe Orient (closed in the mid-twenties but restored and reopened in 2005) remains one of the few surviving cubist interiors in the world. 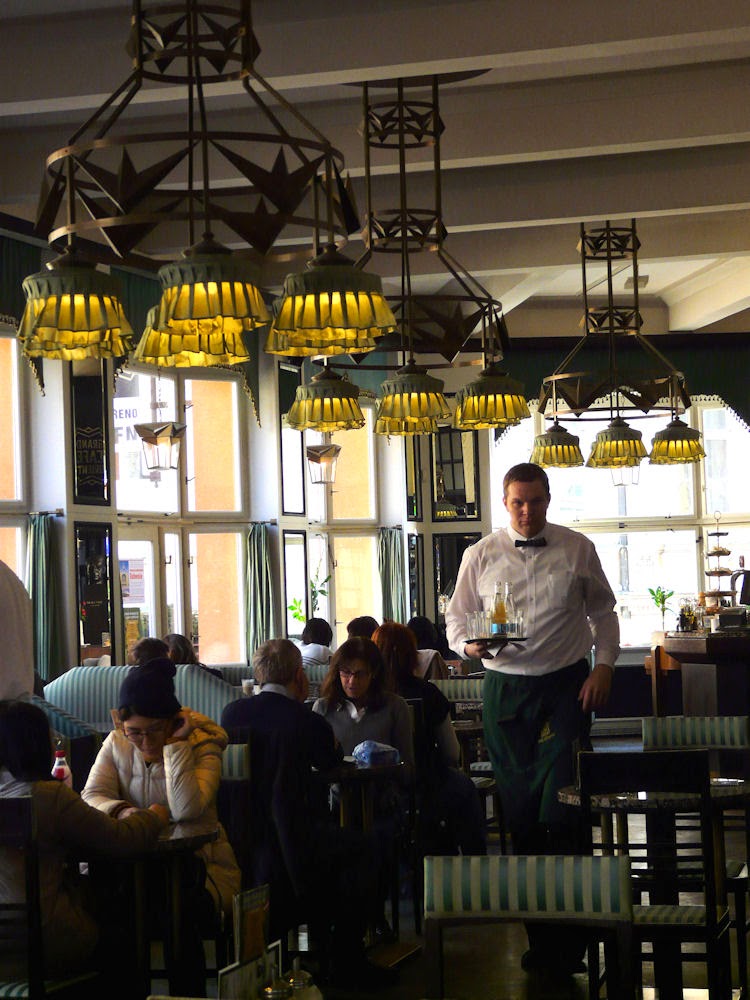 On the corner of the building, peeping out from behind a golden grille – and wearing an appropriately geometric cope even though it was placed there long before cubism – is the statue of the Black Madonna and Child which gives the house its name. The present statue, dating from 2000, is a copy of the 17th-century original.