This triple villa was constructed for three sets of clients: the central white house for the brothers Jan and Josef Bayer, and the red houses on either side for two property developers, František Hodek and Antonín Belada.

Built between 1912 and 1913, it is the largest commission of the architect Josef Chochol, who was responsible for a number of other Cubist houses in this area. The villa’s simple geometric lines reflect those of the mighty ramparts of the fortress of Vyšehrad, whose basilica of Saints Peter and Paul can be seen on the hillside above. 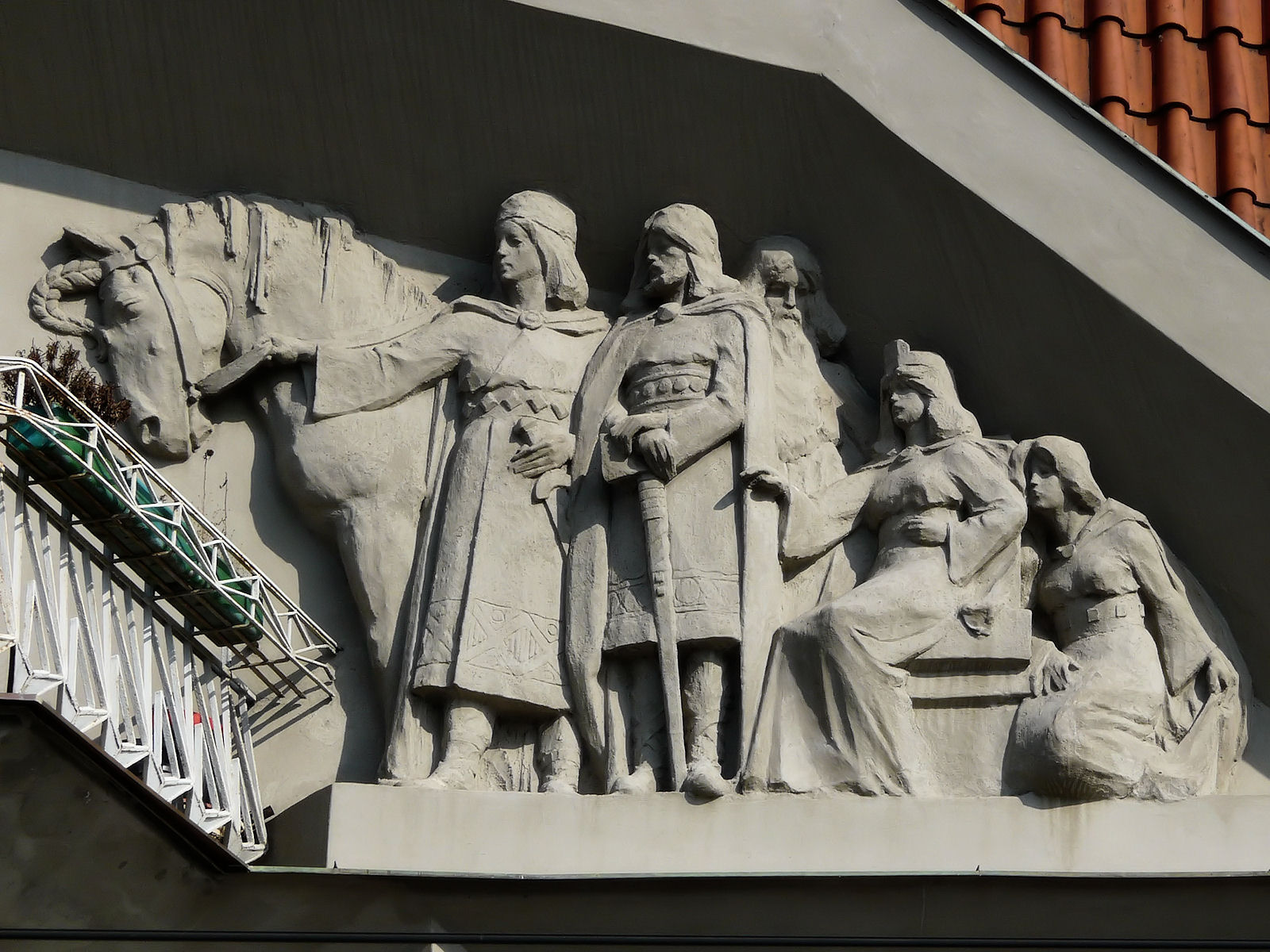 The central tympanum depicts the legend of Libuše, ruler of Vyšehrad in the eighth century. Having dreamt that her horse would lead her to her future consort, she dispatched the animal to the distant hills, where it came across a ploughman called ‘Přemysl’ (his name means thoughtful, or studious). The mystified peasant was swept back to Vyšehrad and became the father of the great Přemyslid dynasty.

Inspired, no doubt, by her prophetic success, Libuše went into a further trance. This time her horse set off towards the area where Prague Castle now stands. ‘Go until you reach a man making a threshold for his house’, the vision had said, ‘and on that spot you will establish a city whose fame will reach the stars.’ The Czech word for threshold is ‘Práh’.