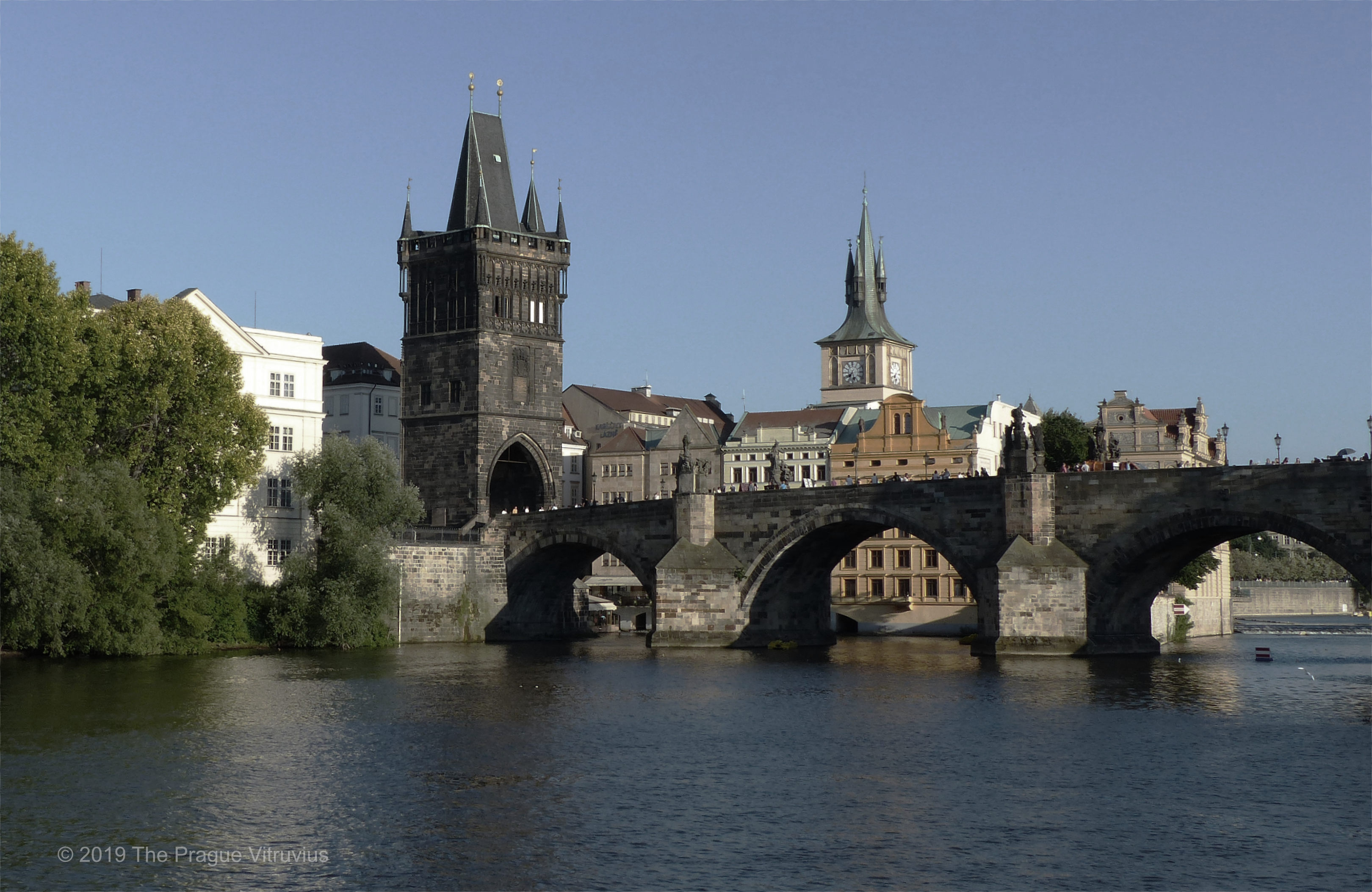 In 1170, King Vladislav II of Bohemia commissioned a stone bridge connecting the Old Town and Malá Strana. Built just downstream of the present structure, the surviving buttress of the former bridge can still be seen in the cellars of the monastery of the Knights of the Cross with the Red Star (the white building on the left of the picture).

When the Judith Bridge, as it was called, was washed away by floods in 1342, plans were made for a 16-span replacement, designed by the architect of Saint Vitus’s cathedral, the master builder Peter Parler. The bridge’s foundation stone was laid by Charles IV, Holy Roman Emperor, in July 1357; neither emperor nor architect survived to see its completion in 1402.

The bridge’s reputed strength is the source of countless legends. One is that the mortar was mixed with raw eggs sent from all corners of the kingdom (athough one nearby village mistakenly sent their eggs hard-boiled); another that the devil guaranteed the bridge’s structural soundness in return for the soul of the first person to cross it. A further tradition has it that the king laid the foundation stone on 9 July 1357 at 5.31 in the morning to reflect the mystical palindrome 1-3-5-7-9-7-5-3-1, though there is no firm evidence for this story. What is certain, however, is that the name ‘Charles Bridge’ has been in official use only since 1870. Until that time, it was routinely known simply as ‘the stone bridge’. 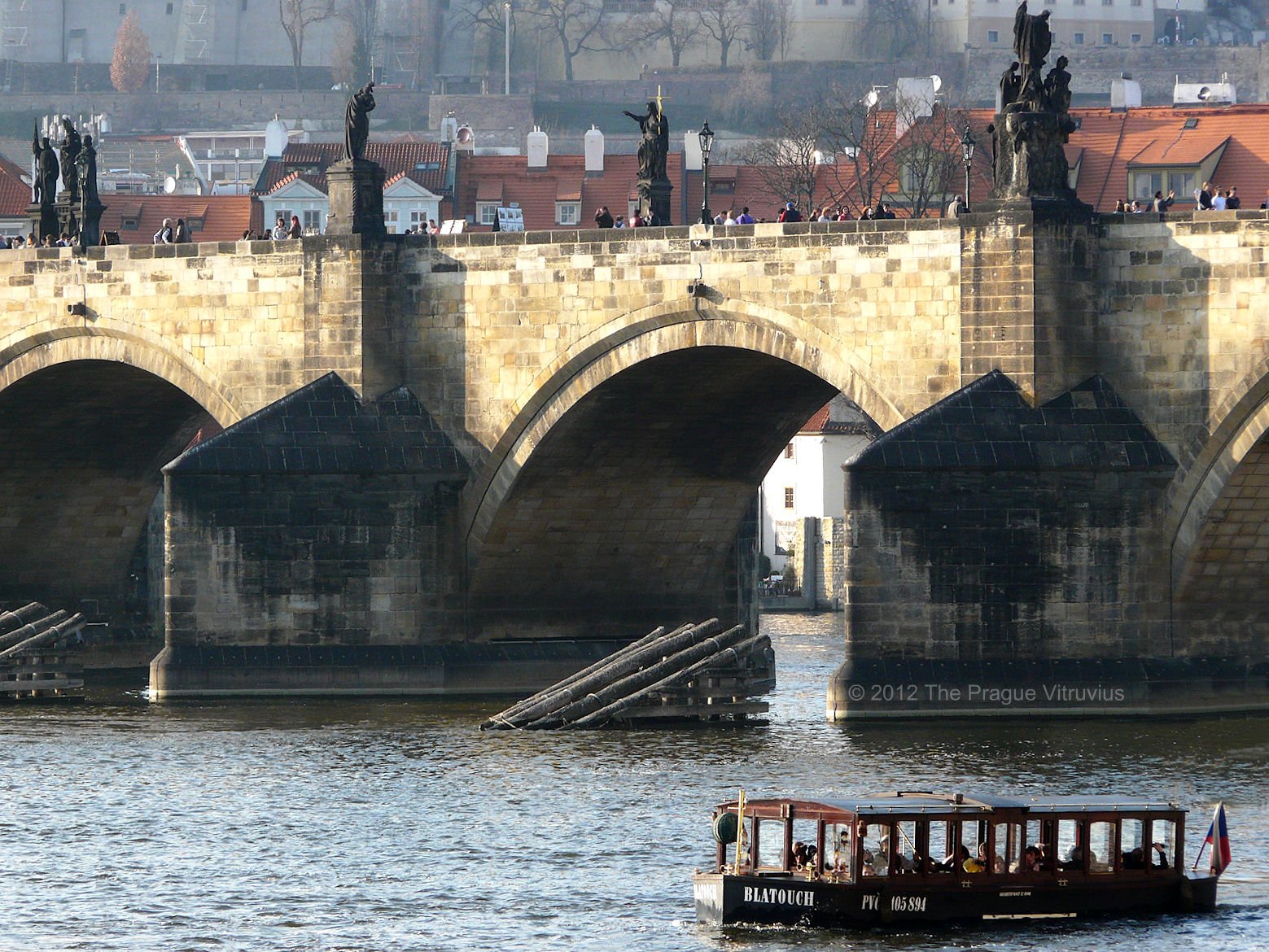 As one of the key river-crossings in Europe — and the only one in Prague at the time — the bridge had a particularly strategic role to play during the Thirty Years’ War. It was from the bridge towers that the decapitated heads of the rebel estates were hung in 1621 as a warning against further anti-Habsburg uprisings; and the bridge itself was the scene of the final action of the War, the unsuccessful siege of the Old Town by the protestant army of the Swedes in 1648.

As a result of the Catholic victory, the bridge became the focal point for a great public display of religious art. Starting in 1683, nearly thirty statues of saints were erected along each of the bridge’s 500-yard long parapets, a sign — if any were needed — that the era of religious tolerance for which Prague had once been known was well and truly over.  The key statues are individually treated elsewhere on this website.