Rising impressively from a rocky bluff south of the city, the ancient fortified settlement of Vyšehrad dates from the tenth century. The place is indelibly linked with the foundation of Prague, thanks largely to the tales of the 19th-century writer Alois Jirásek, who made it the home of Princess Libuše and her husband Přemysl.

Whatever the truth of that legend, the Přemsylid ruler Vratislav II appears to have established a palace here in the late eleventh century. Frustrated by the appointment of his wayward brother Jaromír as bishop of Prague, Vratislav ordained a separate church to be founded at Vyšehrad,  arranging that its canons should be directly answerable to the Pope rather than to the bishop. This special ‘exemption’ of Vyšehrad, along with its defensive position on the river, goes some way to explaining the basilica’s distinctive place in the Czech imagination over the centuries.

The first of the church’s many reconstructions occurred in the reign of Charles IV. The son of John of Luxembourg, it was politically expedient for Charles to strengthen historical ties with the Přemyslids, the dynasty from which his mother was descended. Not only did he extend the basilica; he ensured that it would form part of the coronation arrangements for all future kings.

The church that stands here today is the result of a major remodelling in the Gothic revival style by Josef Mocker and František Mikš (the latter responsible for the pierced twin spires). The project took place from 1885 to 1903; and during the same period the adjoining graveyard was transformed into a National Cemetery to contain the remains of notable Czechs, including the composers Bedřich Smetana and Antonín Dvořák.

The West End is impressively carved, with a 1901 tympanum by Štěpán Zálešák depicting the Last Judgement – a motif directly echoing that of the mediaeval cathedrals at Autun and Chartres,  albeit on a much smaller scale. The dark interior of the basilica, meanwhile, has a distinctly byzantine feel, glimmering with gold and polychrome murals. The whole is a tour-de-force of art nouveau executed between 1901 and 1903 by husband and wife František Urban and Marie Urbanová-Zahradnická. 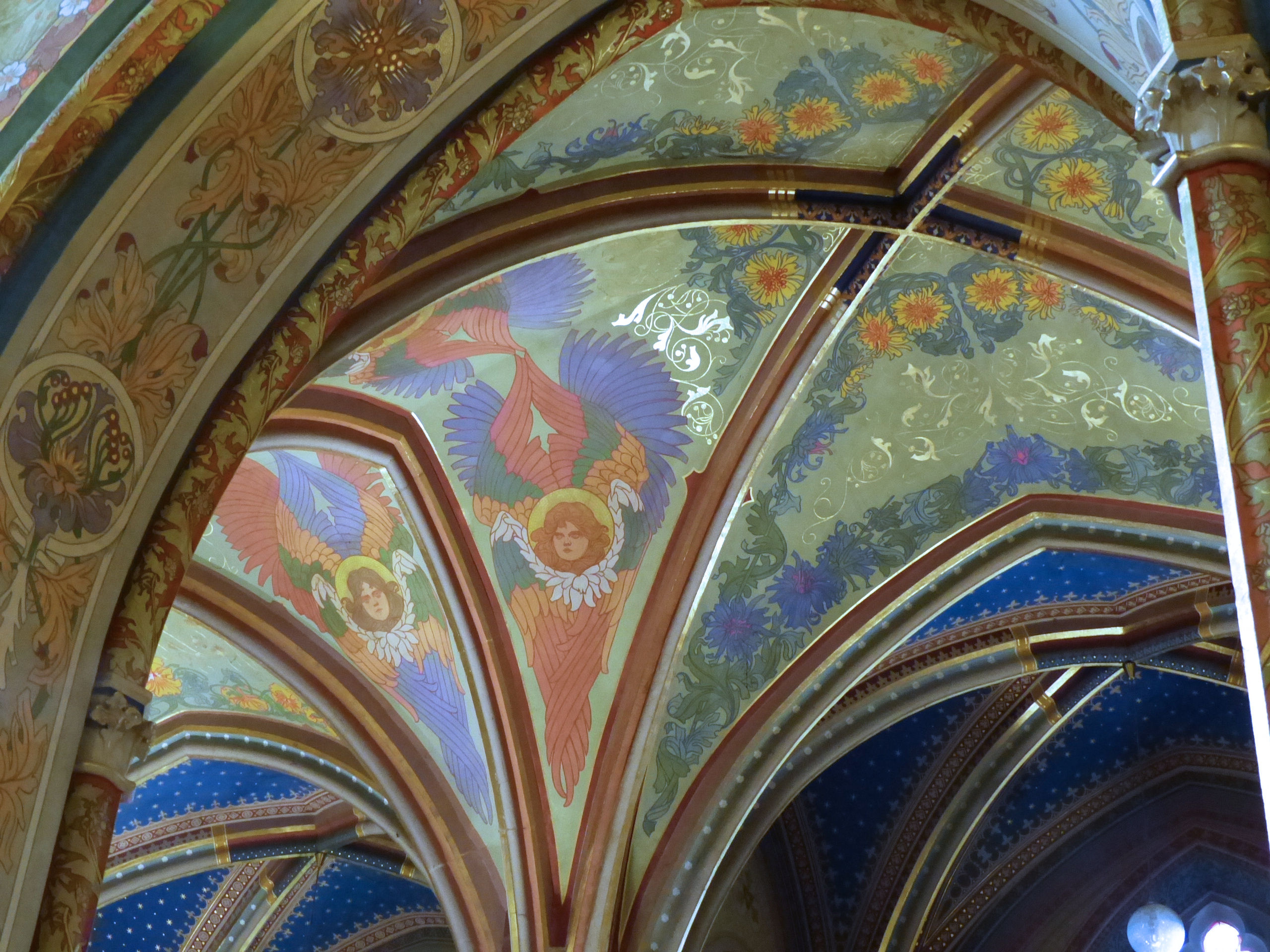