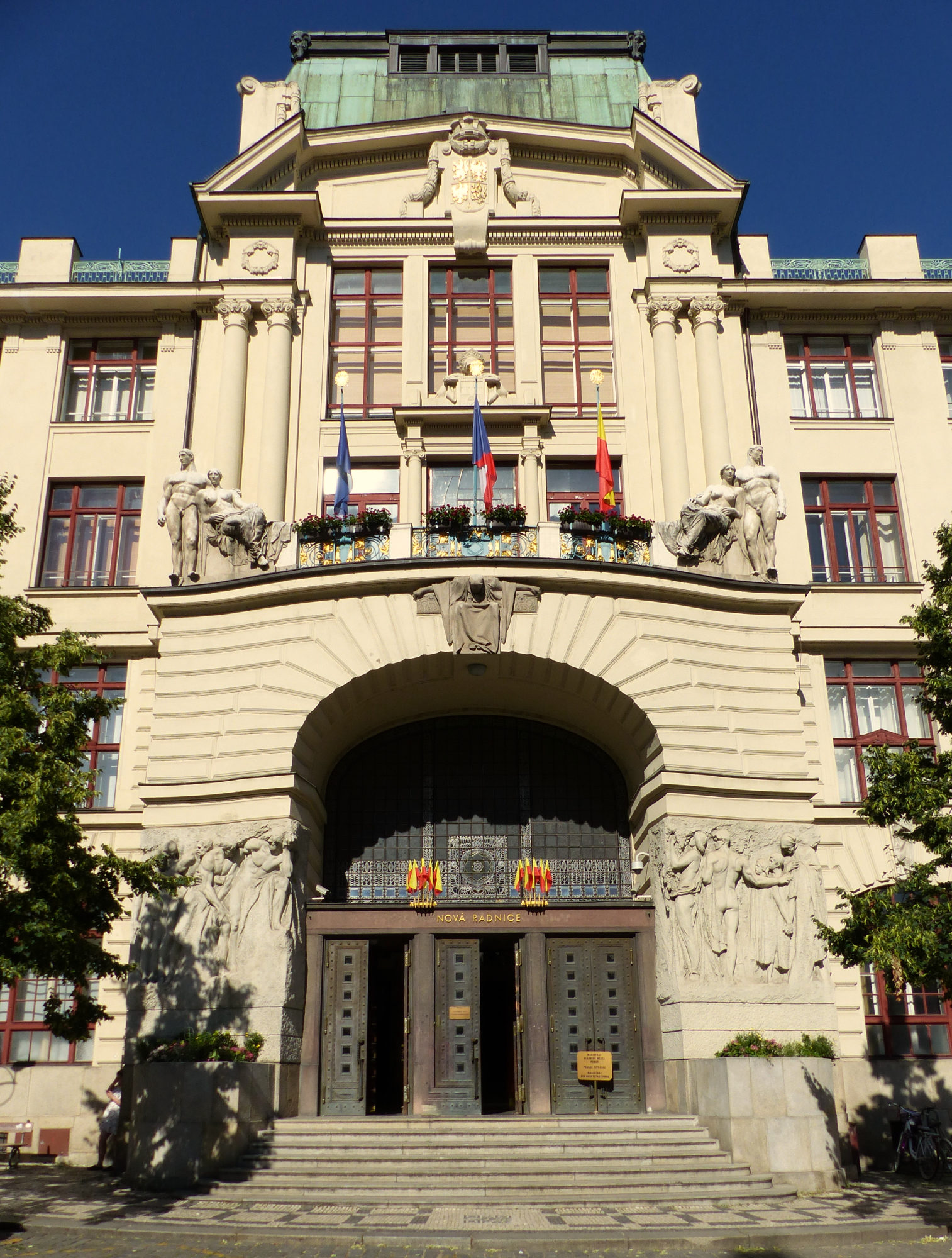 New City Hall (Nová radnice) — not to be confused with the mediaeval New Town Hall (Novoměstská radnice) — was built between 1908 and 1912 according to a design by Osvald Polívka.

At first, the new building acted solely as the city finance and tax office, while other administrative departments continued to operate from their former offices in the Old Town square. However, in the dying moments of the Second World War, the old town hall was destroyed, and from 1945 New City Hall took over all civic administration, becoming the official seat of the mayor and Prague City Council.

It is a commanding structure, whose scale and design were intended to echo elements of the surrounding baroque architecture, notably the east entrance of the Klementinum, and the side elevation of the Clam-Gallas palace.  New City Hall therefore presents a curious mix of baroque revival — especially noticeable in the allegorical statuary by Josef Mařatka — and art nouveau, for instance in the decorative balcony grilles. 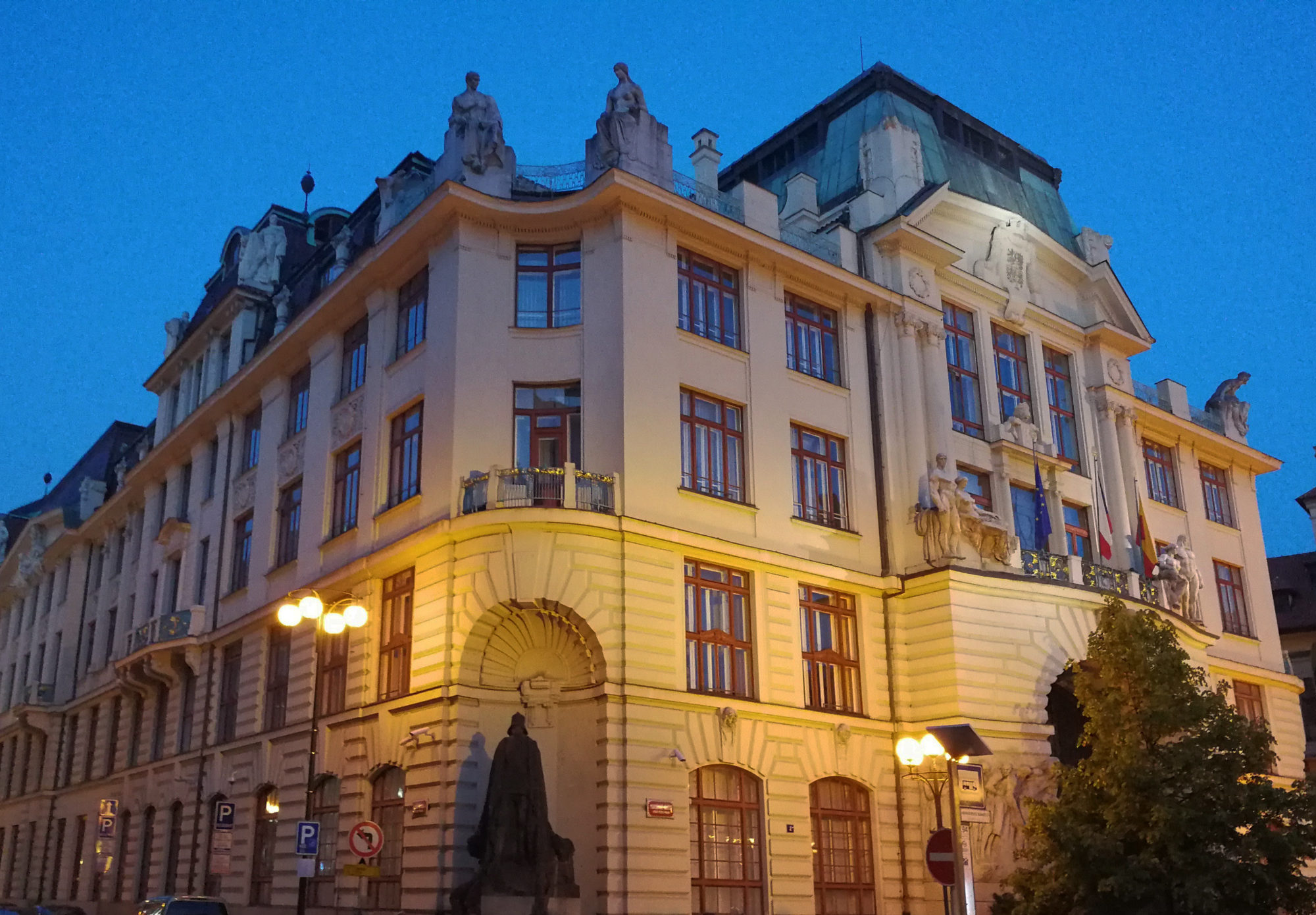 Two elements of  art-nouveau sculpture are particularly noteworthy. Stanislav Sucharda provided twin bas-reliefs on either side of the main entrance: allegories of labour and reward; and Ladislav Šaloun created two imposing statues in the corner bays, both of which allude to legends from the locality. One shows Rabbi Loew, inventor of the artificial mud-man, or Golem; the other, the so-called ‘Iron Knight’, a spurned lover whose grim hauntings are connected with a house that once stood on the adjacent street.

Allegory of Labour by Stanislav Sucharda