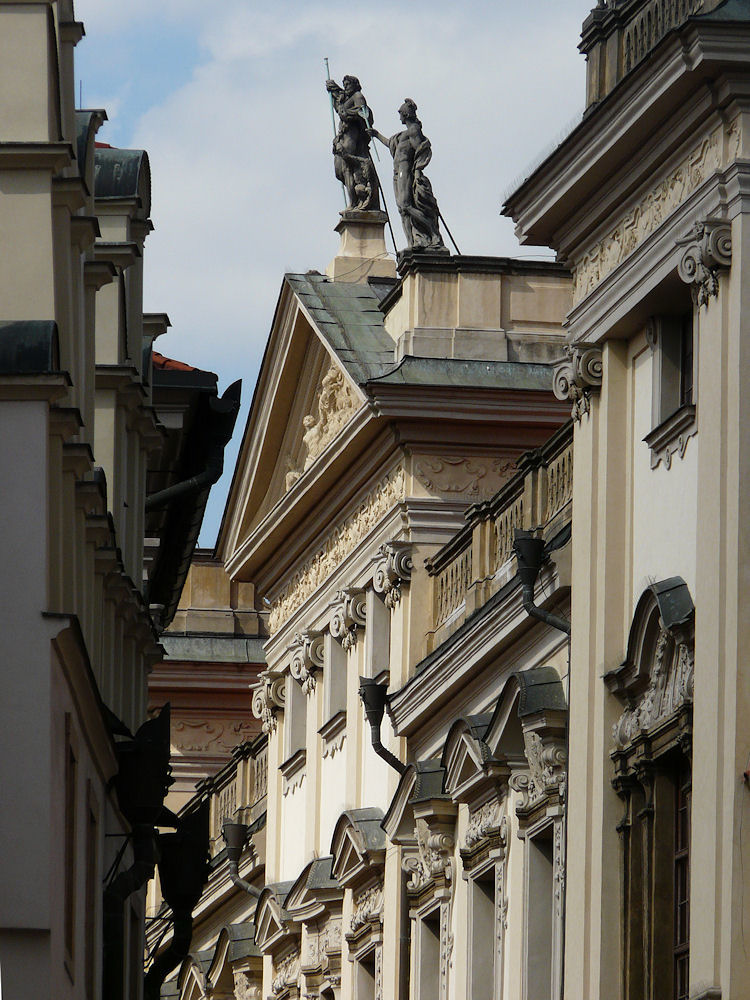 Descended from a distinguished Austrian family, Count Johann Wenzel (Jan Václav) von Gallas managed an extensive diplomatic portfolio. As well as being Ambassador to London and the Hague during the War of the Spanish Succession, he was also Viceroy of Naples and Supreme Marshall of the Kingdom of Bohemia. No wonder that he commissioned such a grandiloquent architectural statement for his Prague home.

The lavish house was built on the site of an earlier property awarded to the count’s grandfather Matthias Gallas de Campo following his successes in the Thirty Years’ War. It was planned by the imperial architect Johann Bernhard Fischer von Erlach (architect of Vienna’s Schönbrunn Palace), and constructed by the Italian Domenico Canevale between 1713 and 1719.

The neighbouring mediaeval houses were originally to have been demolished to open up a vista across a magnificent ornamental square, but the plans were protested and to this day this magnificent pile sits rather incongruously amid the narrow streets of the preserved Old Town. 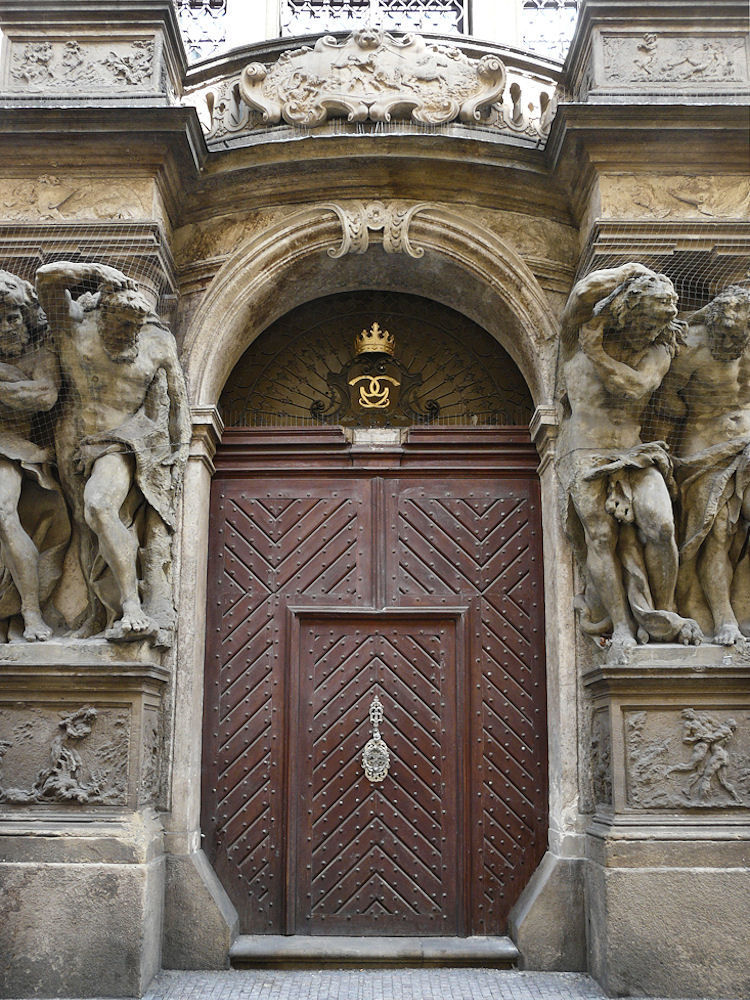 The statues surmounting the pediment and the Herculean figures supporting the twin entrances are the impressive achievement of the master sculptor Matthias Bernhard Braun. Through these doors passed a multitude of the great and the good of Imperial society, including Mozart and Beethoven, both of whose works were performed here.