The township of Smíchov, on the left bank of the Vltava, was a centre of Christian worship from the earliest times. The first Carthusian monastery in Bohemia stood close to here, from its foundation in 1342 until its destruction at the hands of the Hussites in 1419. Today only the name of the street Kartouzská (Charterhouse street) remains to mark its location. Meanwhile, the small parish church of Saints Philip and James survived for nearly six centuries, its congregation growing in size and prosperity as Smíchov expanded as a centre of industry.

By the 1840s the locality was dominated by the engineering factories of František Ringhoffer, who supplied equipment for local breweries (Staropramen is still produced here), and later manufactured tramcars and freight wagons on such a scale that Smíchov soon acquired the nickname ‘the Prague Manchester’.  As the gardens and private villas that formerly dotted the riverbank made way for bustling squares and apartment blocks, it became clear that the church of Saints Philip and James was no longer big enough for the community it served.

Architect Vojtěch Ullmann and his brother-in-law Antonín Barvitius drew up initial plans for a replacement. But it seems to have been Barvitius alone whose design for a grand three-aisled basilica to hold 2000 people was finally approved. Construction by master builders Vilém Midle and Josef Linhart began in 1881, and the dedication to Saint Wenceslas took place on Sunday 27 September 1885.

Saint Wenceslas and angels in the tympanum; ceramic by Ludvík Šimek

Strongly influenced by the style of the Italian renaissance, the brick-built basilica was the perfect showcase for contemporary art and industry. The walls of the nave and apse, with mosaics by František Sequens, successfully capture all the gold and gloom of a byzantine interior, while Ludvík Šimek’s majolica medallions above the portals echo the bas-reliefs of the renaissance sculptor Andrea della Robbia. The altar, a beacon of light in the darkness, was designed by Barvitius himself and fashioned from Carrara marble.  The church cost 250,000 gulden (around £2 million today) to build, and private investment is evident everywhere in the number of paintings donated either by the breweries or by the Ringhoffer engineering works. 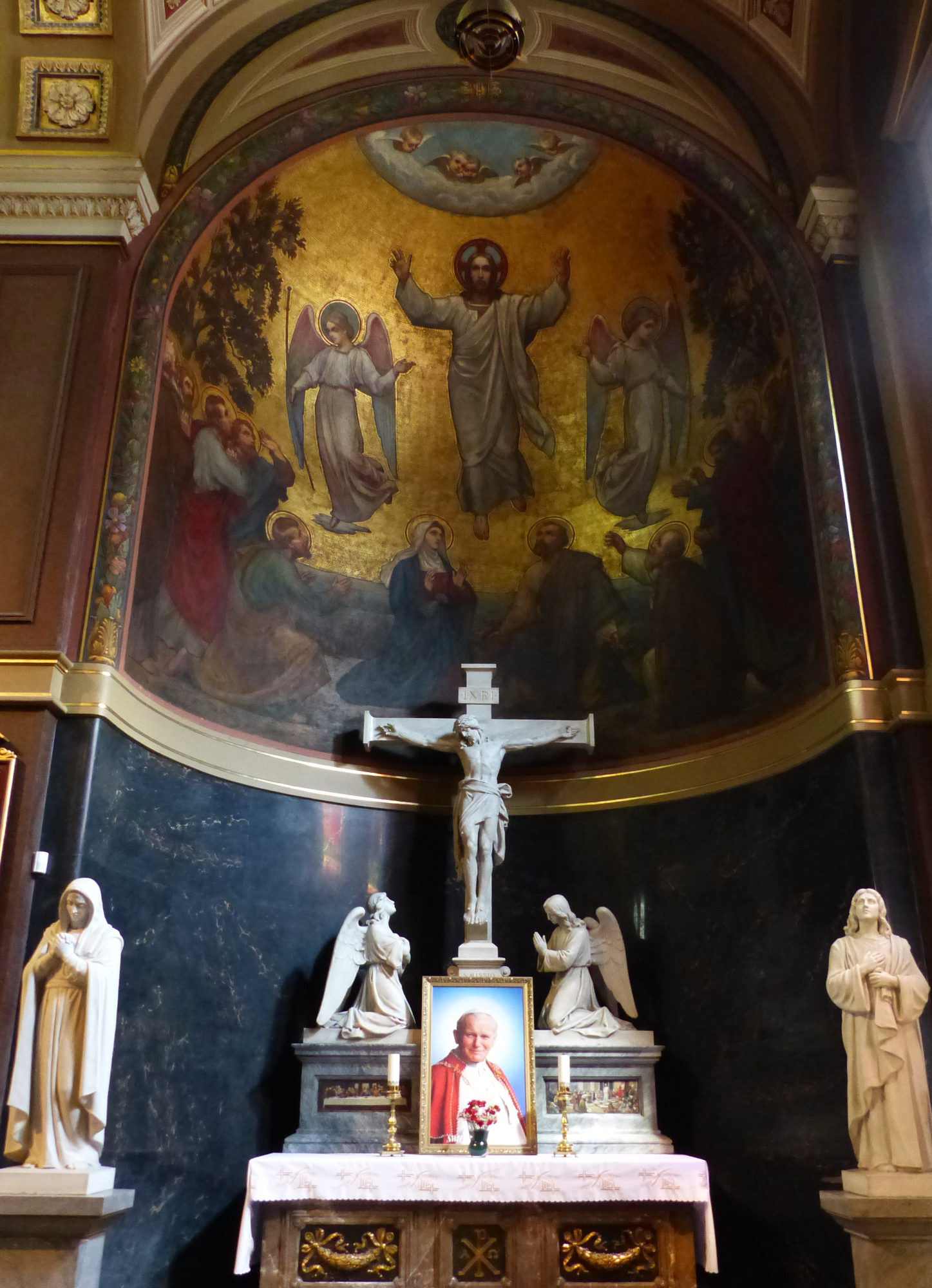 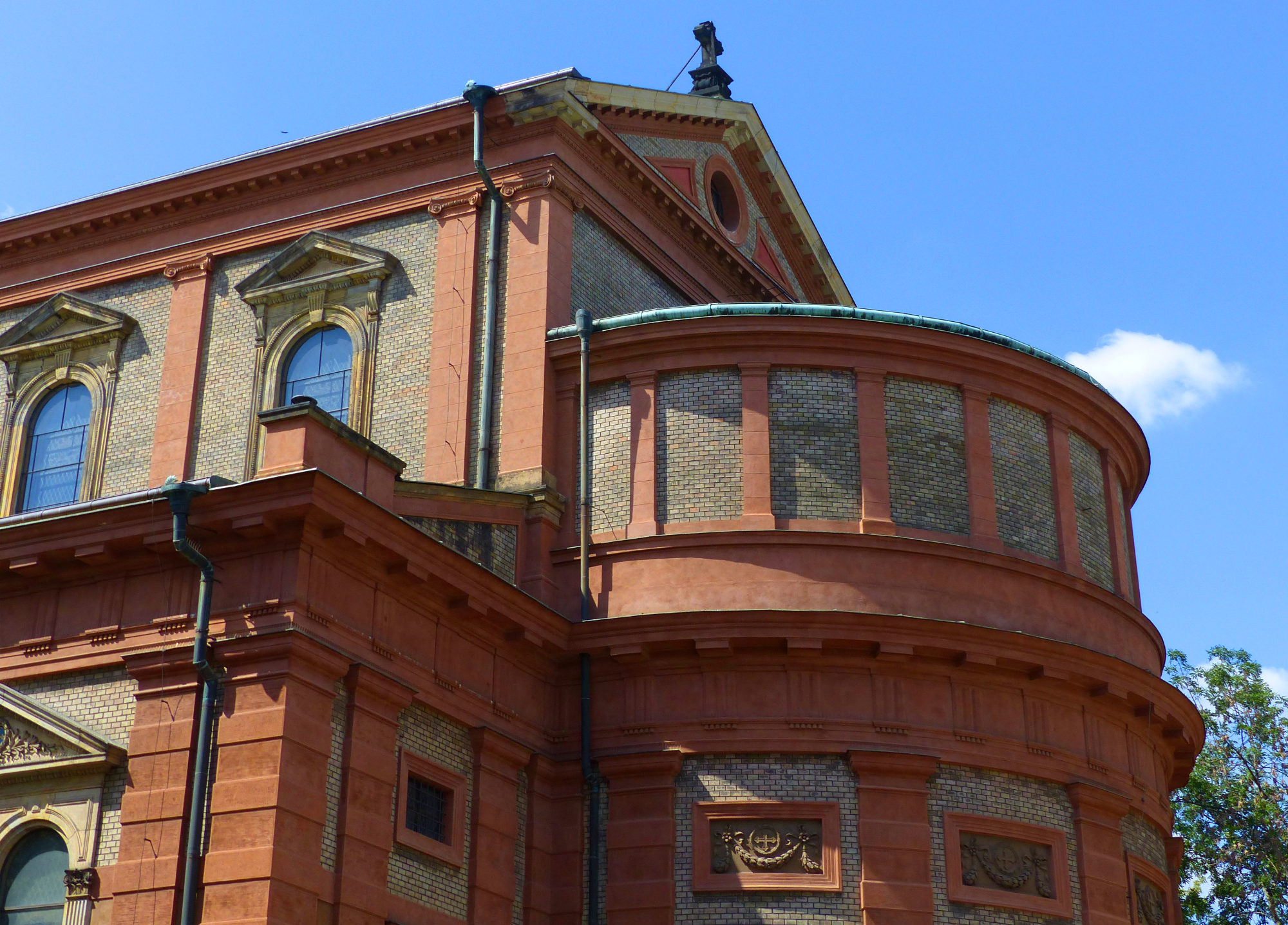