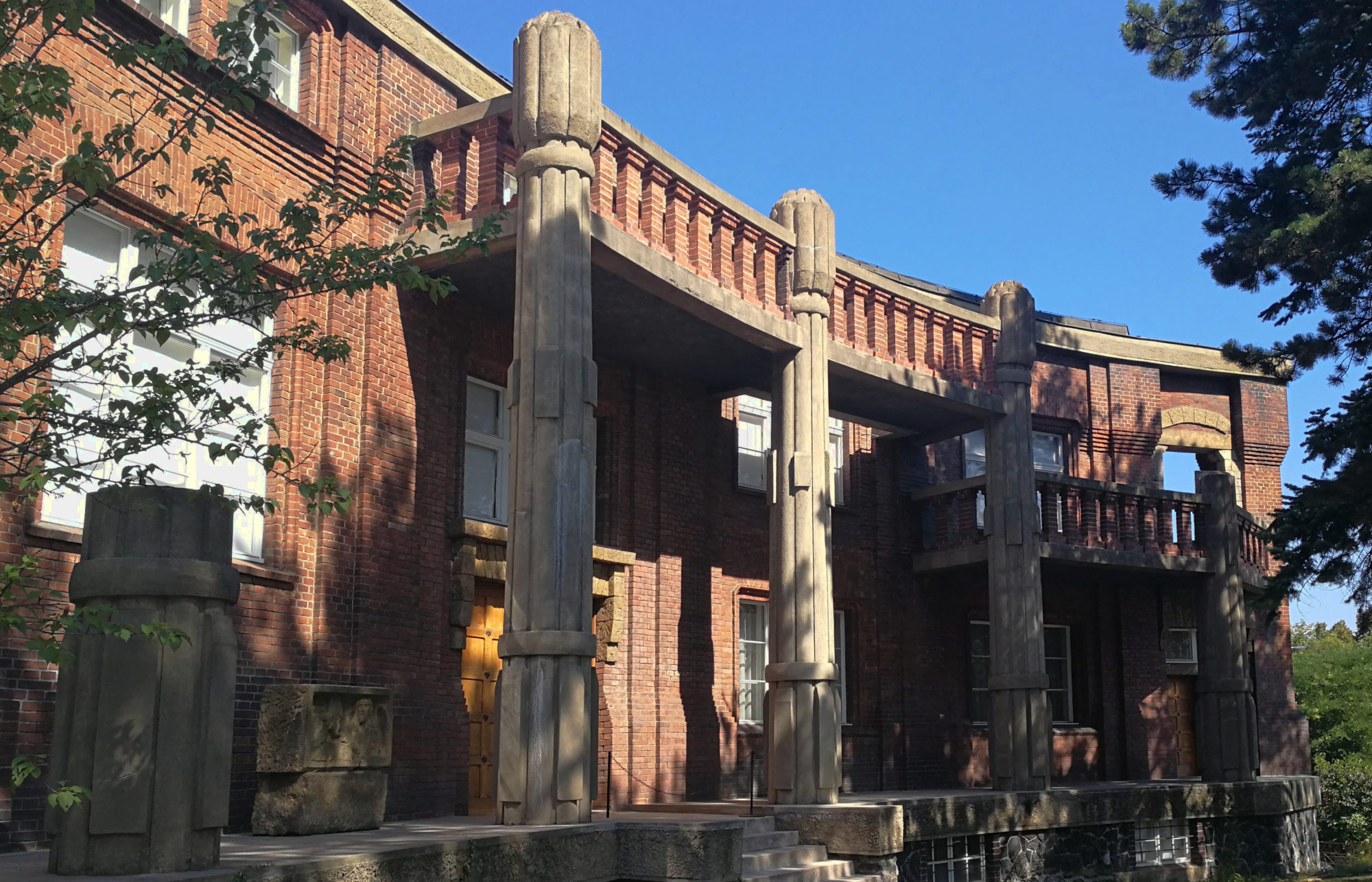 From the 1720s to 1890s, Prague’s castle district was surrounded by a defensive wall, punctuated at intervals by gates and bastions. However, the so-called Marian ramparts proved to be of limited military use, so between 1898 and 1903 they were demolished, leaving behind a swathe of land ripe for private development.

In 1911, the artist František Bílek designed a villa for his own use, on an elevated plot next to the former bastion of St Ludmila.  Built by Antonín Hulán, the bow-shaped house combined a family home on two levels with a double-height studio to accommodate Bílek’s large-scale sculptures, many of them monumental meditations on religious and spiritual themes carved from lime, poplar and maple.

Nowadays surrounded by mature pines, the villa itself emerges from the greenery like the remains of some ancient Egyptian temple. Its columns are sylized sheafs of corn left standing by the sweep of the scythe whose curve is imitated in the east-facing facade. Such symbolism was intentional: Bílek was inspired by the vast creative forces of nature, and his mastery of natural form and materials — whether in woodblock printing, furniture, or carving in wood or stone — is evident throughout his work.

After Bílek’s death in 1941, his studio was opened to the public; and in 1963 his widow Berta donated the entire house to the nation. Now in the care of City of Prague museum, the villa remains an important architectural and artistic monument, offering a glimpse into both the professional and family life of a significant sculptor of the Czechoslovak First Republic. 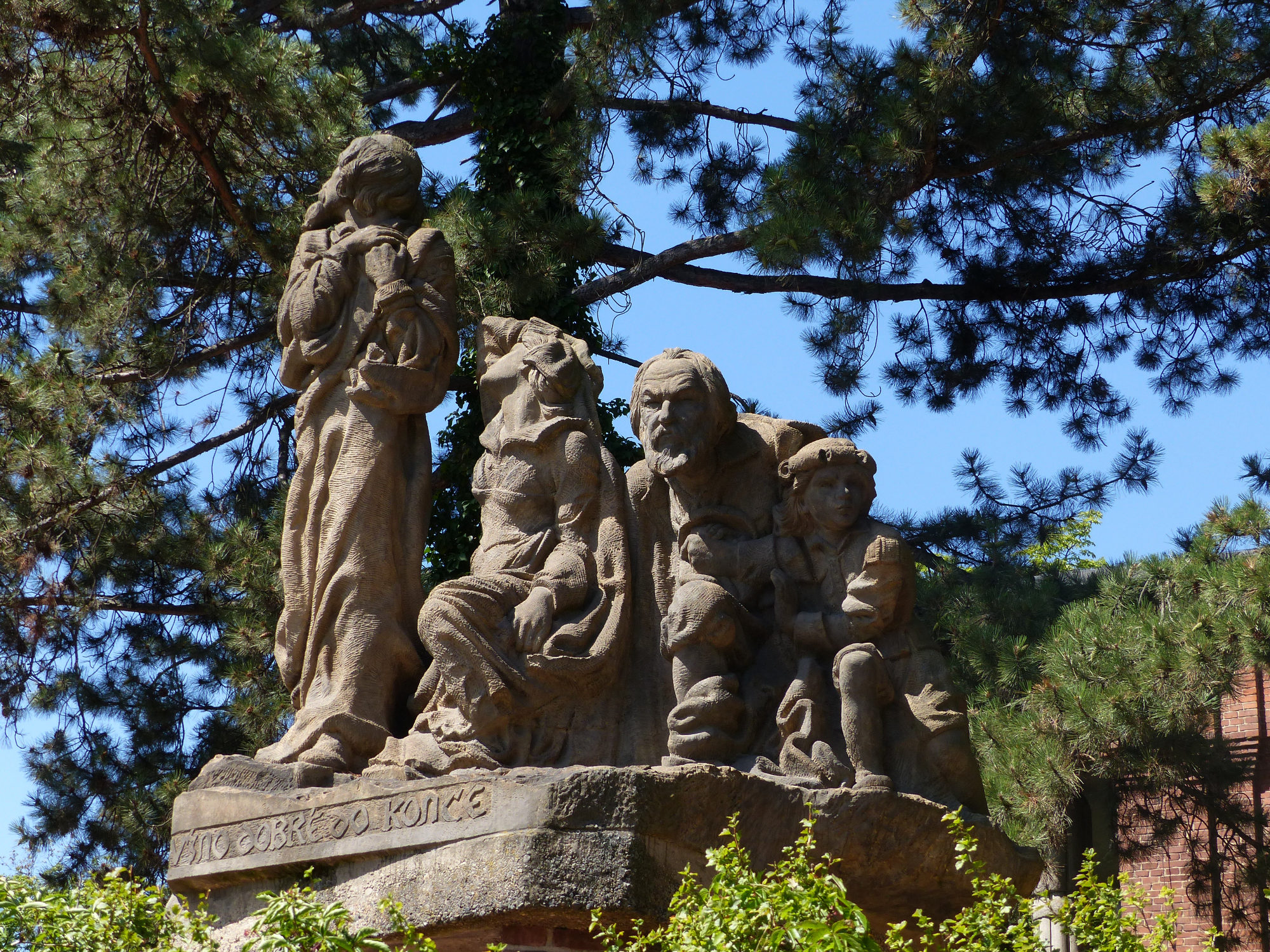