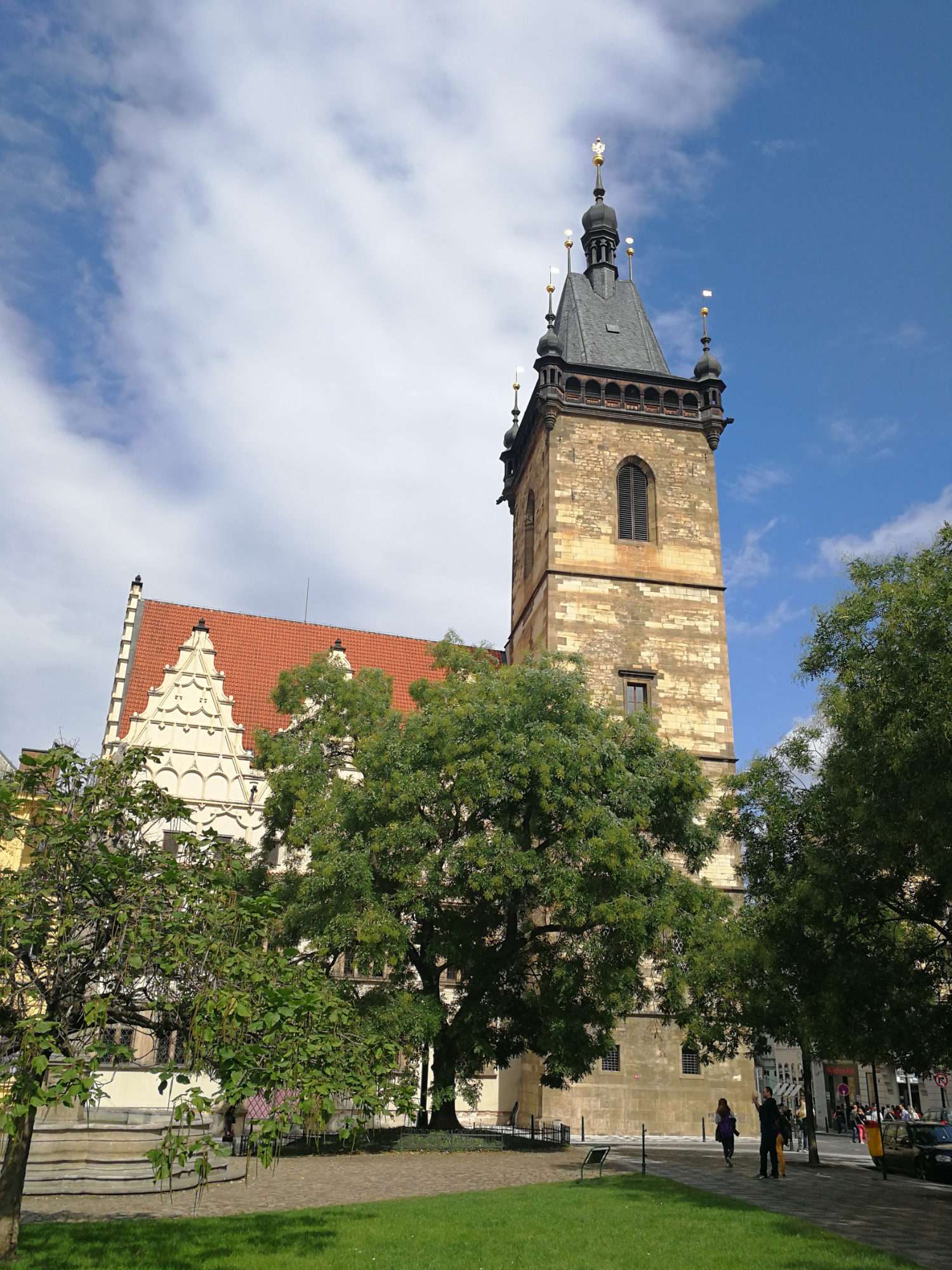 The founding of the so-called ‘New Town’ in 1348 made Prague the third largest city by area in the whole of Europe after Rome and Constantinople. According to the census of thirty years later, the population had already reached 40,000. It’s a far cry from today’s 1.3 million, but at the time it meant that Prague was one of the most populous cities north of the Alps.

King Charles IV’s urban plan, developed with the help of Matthew of Arras, was indeed a far-sighted response to the needs of this growing population. By developing the land south of the Old Town walls and north of the historic fortress of Vyšehrad, he ensured that the city would have room for growth as a centre of commerce and education well beyond his reign.

In 1377, construction began on a suitably grand town hall, situated at the northeast corner of the cattlemarket.  With the exception of Benedikt Rejt‘s renaissance renovations from the early sixteenth century and work on the original gothic tower from the 18th century, the hall appears today essentially as it would have done in 1418, the year of the completion of the south wing (the decorative facade of which can be seen on the left).

Yet only one year later, on 30 July 1419, the building became the focus for the event which sparked the Hussite wars: the first defenestration of Prague.

At 10.30 in the morning,  following his sermon at the church of Our Lady of the Snows, the extreme Hussite priest Jan Želivský led an armed demonstration from St Stephen’s church to the New Town Hall.  They were pressing for the release of fellow protestants who had been imprisoned for supporting the idea of communion ‘in both kinds’ (in other words in the form of both consecrated bread and wine). The catholic church expressly forbade this type of eucharist for the laity, or ordinary members of the congregation.

A stone thrown either at Želivský or the monstrance which he was holding was sufficient to ignite the mob, who in their fury broke down the doors and siezed a number of catholic councillors, whom they forced to jump from the windows to their deaths.  Seventeen years of bloody warfare followed; and it was this action that doubtless inspired the second defenestration almost exactly 200 years later, which in turn led to a full-scale European religious war.