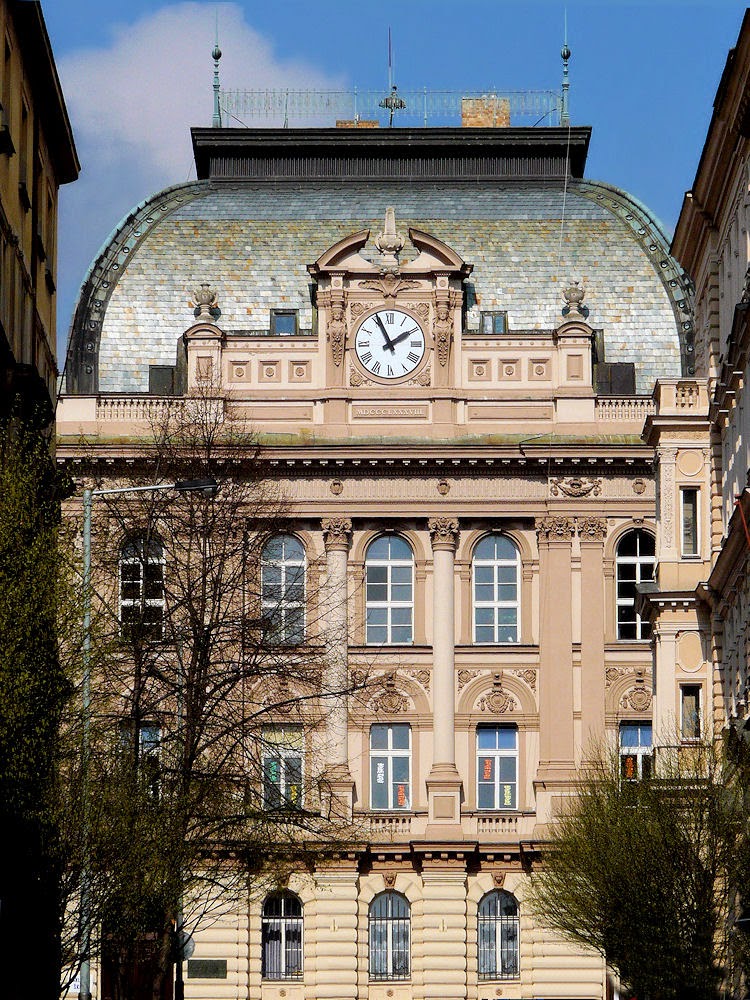 This neo-renaissance secondary school in Prague 2 was constructed by Josef Franzl from a plan by the great Prague architect Antonin Turek, who was also responsible for the beautiful Vinohrady water tower and numerous other public buildings in the neighbourhood.

Opened on 16 September 1888 (the year can be read in the inscription under the clock face), the school suffered badly in the Second World War, with the forced expulsion and execution of Jewish students, bombardment by the allies in February 1945, and damage sustained in the Prague Uprising of the following May.

Between 1920 and 1930, the school’s chapel served as the home of the Vinohrady Hussite community, prior to the building of the new church on Dykova Street. 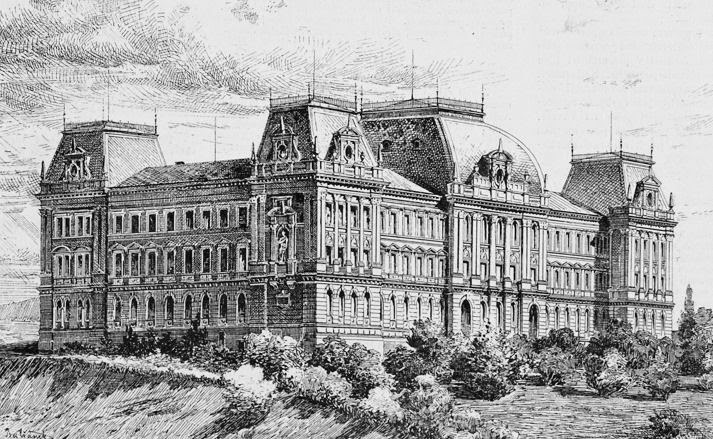