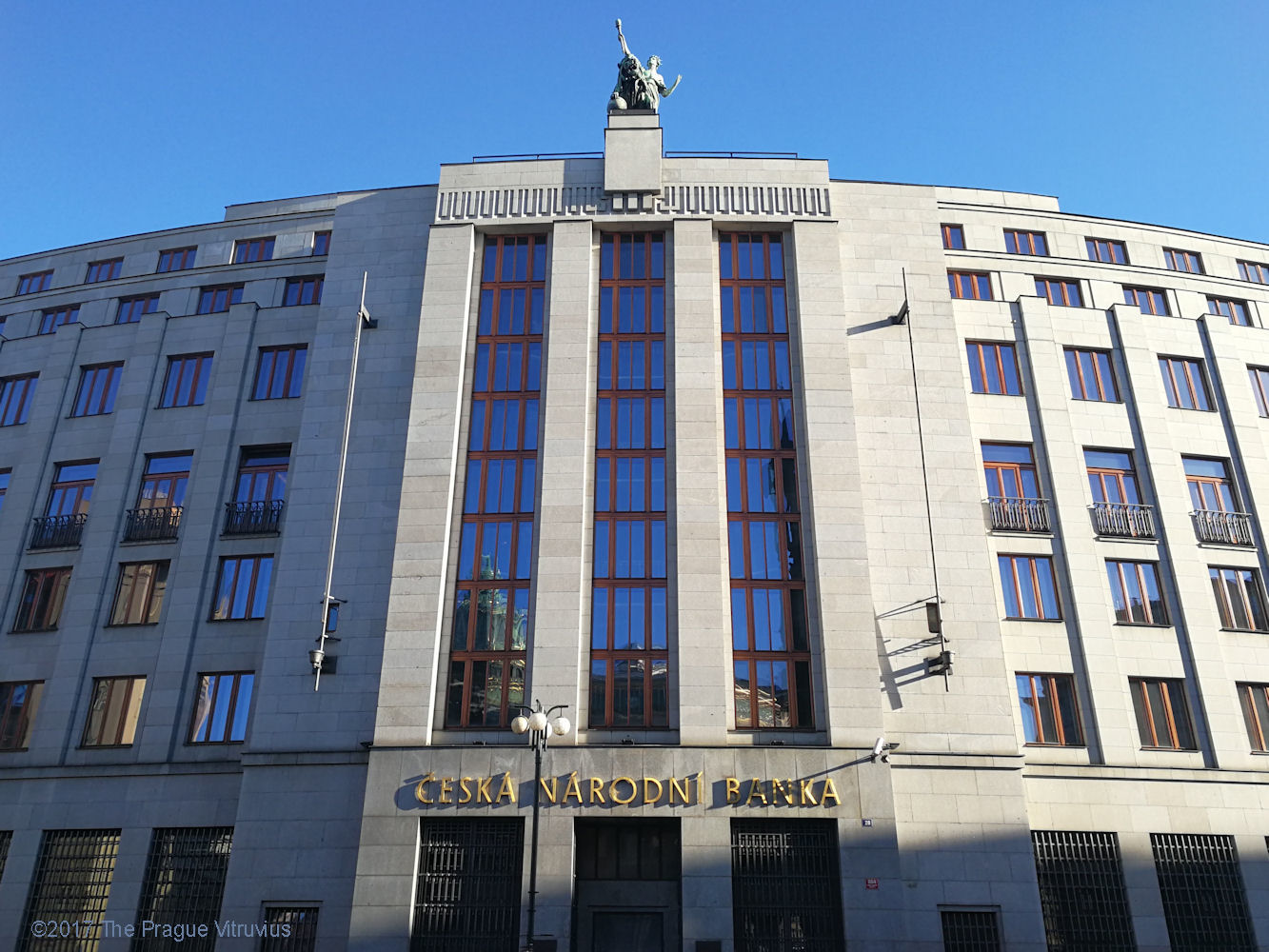 The vicinity of the Czech National Bank has been a trading quarter ever since the Middle Ages, when precious metals regularly arrived at the city’s east gate from the silver mines of Kutná Hora. Nearby is the Týn courtyard, where customs dues (‘ungelt’) were paid by those entering the city. And indeed Na Příkopě — the street that runs from here to the bottom end of Wenceslas Square – is still home to an astonishing number of banks, many of them housed behind the most opulent facades.

Just behind the present building the neo-renaissance Corn Exchange designed in 1894 by Bedřich Ohmann can still be seen. But the ‘Živnostenská banka’ (‘Trade Bank’), constructed on this site between 1897 and 1900 to a plan by Osvald Polívka, lasted a mere thirty years — the victim of the need for expansion as much as changing architectural fashions.

In its place stands František Roith’s imposing art deco building, designed in 1929 and constructed between 1935 and 1942 on the site of Polívka’s neo-renaissance pile. Roith, who was also responsible for the city’s Municipal Library, was runner up to Josef Gočár in the architectural competition, but his design prevailed on the grounds of simplicity and, probably, expense.

The only remaining connection between Roith’s impressive granite-faced palace and its predecessor is the sculptural group of ‘Genius and the Lion’ by Antonín Popp, which was transferred from the earlier building and has since become a symbol strongly associated with the CNB. In every other respect the bank presents an image not only of striking modernity but also of fortress-like impregnability.

Polívka’s design for the Živnostenská banka, which originally stood on this site, (notice Popp’s ‘Genius and Lion’ atop the lantern).