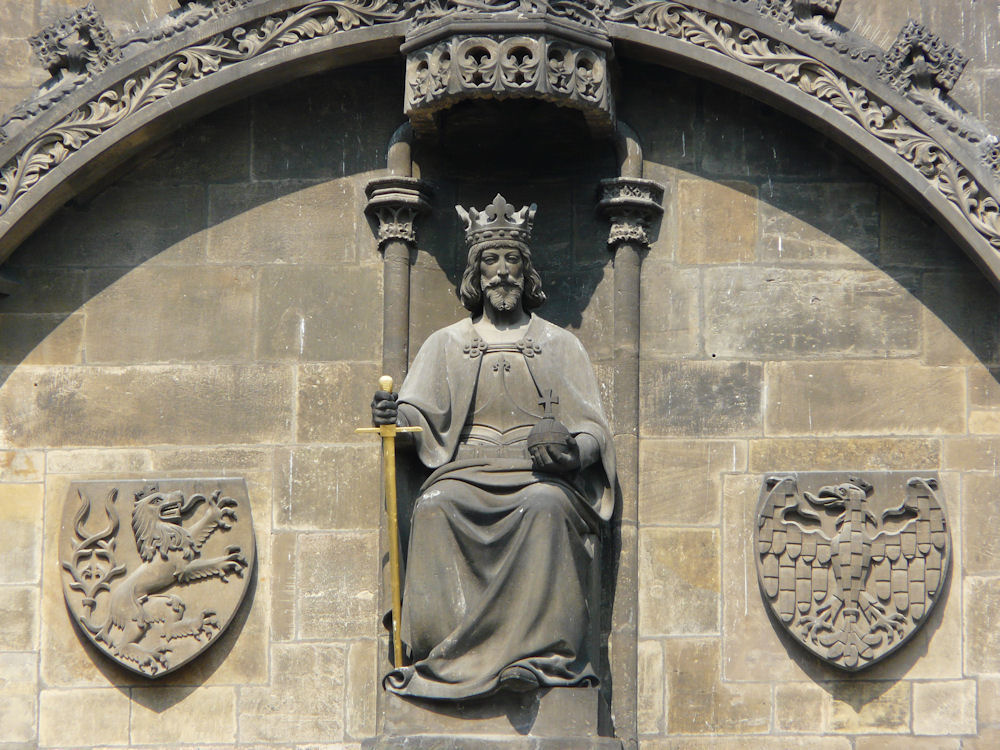 For many years, the eastern wall of the city was guarded by an imposing gatehouse on the road leading to the royal mint at Kutná Hora. In time, it came to form the entrance to the city for coronation processions, and in the fifteenth century it was decided to replace the already 400-year-old gateway with an even grander edifice, its foundation stone laid by King Vladislav II Jagellonský in 1475.

The first architect of the king’s so-called ‘New Tower’, a Master Wenceslas of Žlutice, was replaced in 1478 by the more accomplished Matěj Rejsek. Rejsek’s reputation ultimately took him to Kutná Hora, where he was responsible for the vaulting of the chancel in Saint Barbora’s cathedral, as well as the town’s extraordinary twelve-sided gothic fountain.

However, the decision of Vladislav to abandon the adjacent Royal Court buildings, and return to the traditional seat of power at Hradčany, meant that the tower project fell into decline; and the centuries of turmoil that followed saw the building gradually lose its status, as well as much of its original gothic ornamentation. By the eighteenth century it was being used as a gunpowder store, hence its present-day nickname.

The powder tower we see today is the work of the Victorian-era purist Josef Mocker, the author of much of Prague’s superb neo-gothic church architecture.

The window and some of the tracery (below) are original, but much of the detail, including the winged angels and even the soaring pinnacled roof, are Mocker’s. His too are the enthroned monarchs of the 13th and 14th centuries: Premsyl Otakar II (seated right, below) and Charles IV (seated left; also in the top picture). 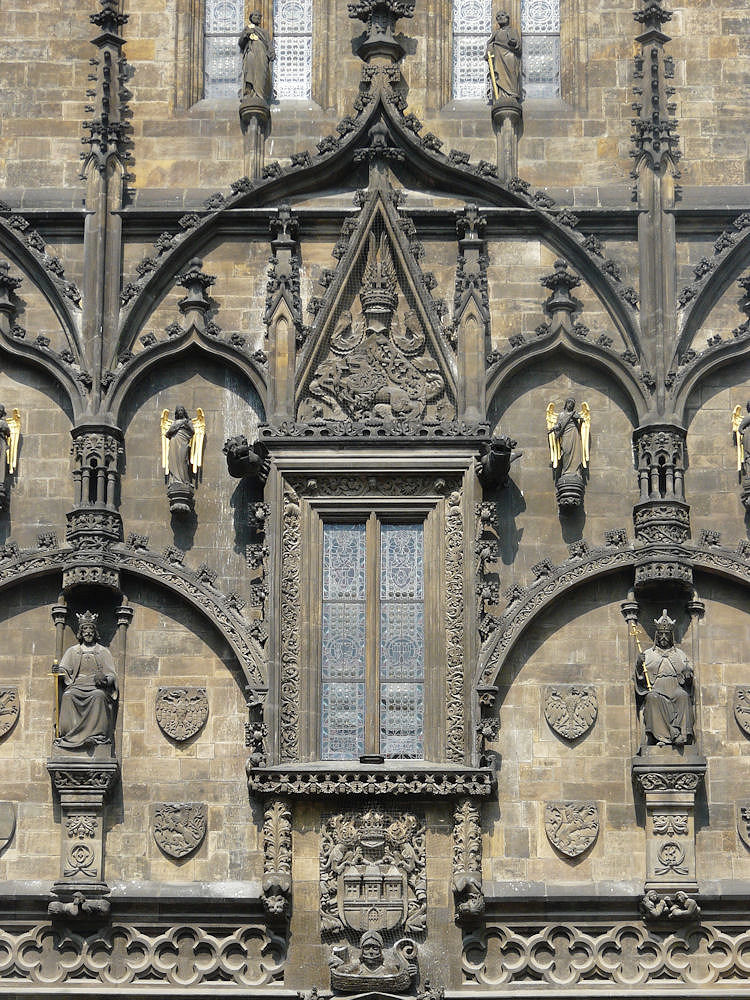