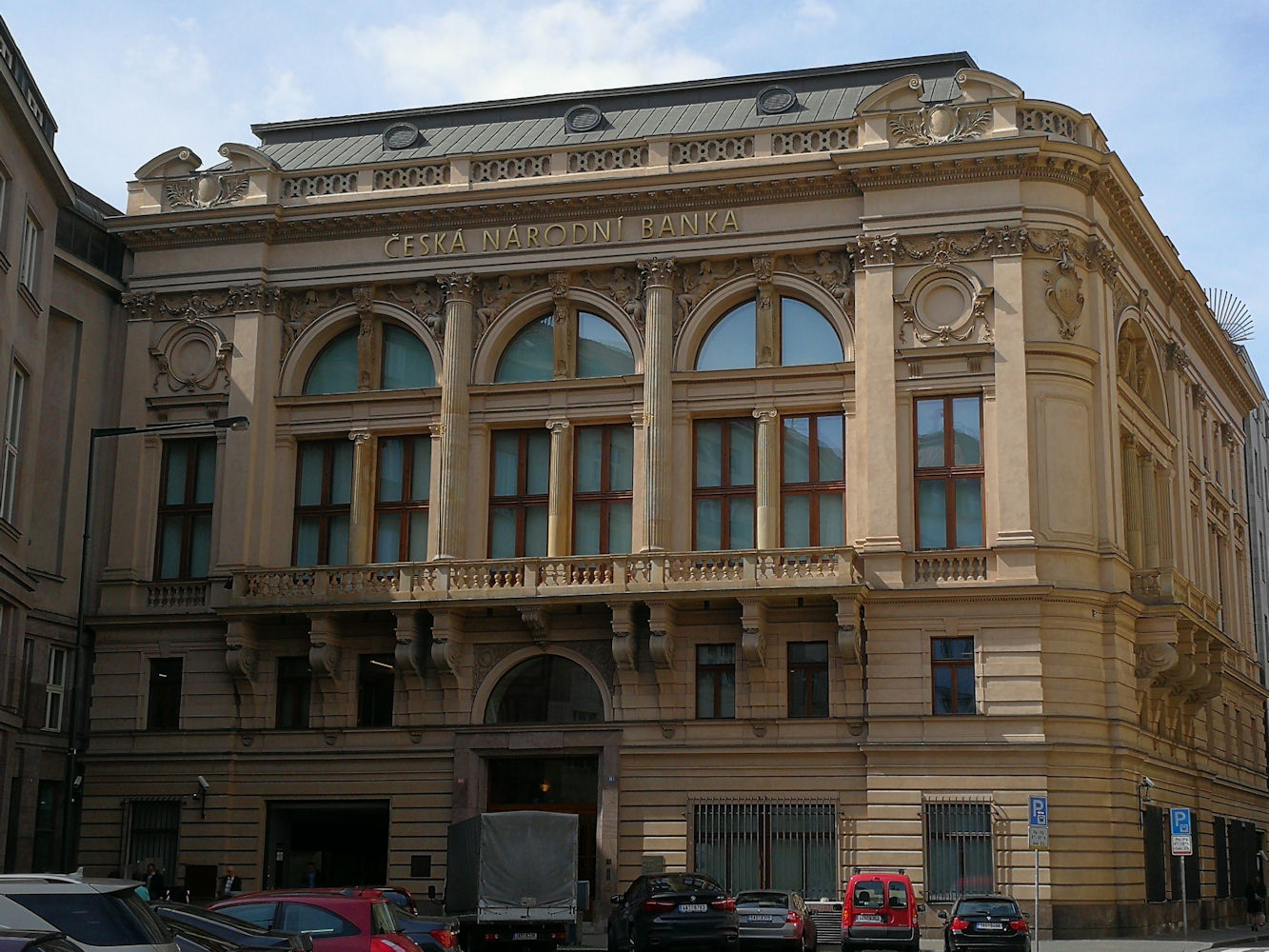 Although agricultural trading had taken place in Prague since time immemorial, it was only in 1882 that plans were drawn up for a central exchange for arable commodities. In 1894 this first purpose-built corn exchange (plodinová burza) was erected at one corner of today’s Senovážné náměstí – historically the Haymarket. Its inaugural president was Jindřich Odkolek of the celebrated baking family (and incidentally the inventor of the first Czech typewriter).

Designed by Friedrich Ohmann and Rudolf Krighammer, the exchange was built between 1893 and 1895. Following a request from the building’s investors, architects Josef Zítek and Josef Schulz ‘corrected’ the design, removing some of Ohmann’s art nouveau elements and bringing its look more into line with the traditional neo-renaissance style.

During the period of the First Republic (1918 to 1938), it became clear that more space was needed, and a southern extension in modernist style was added in 1928 by Bohumil Hypšman. This wing in many ways anticipates František Roith’s impressive functionalist frontage for the Czech National Bank, to which the Corn Exchange (now the bank’s congress centre) is joined by an internal corridor. 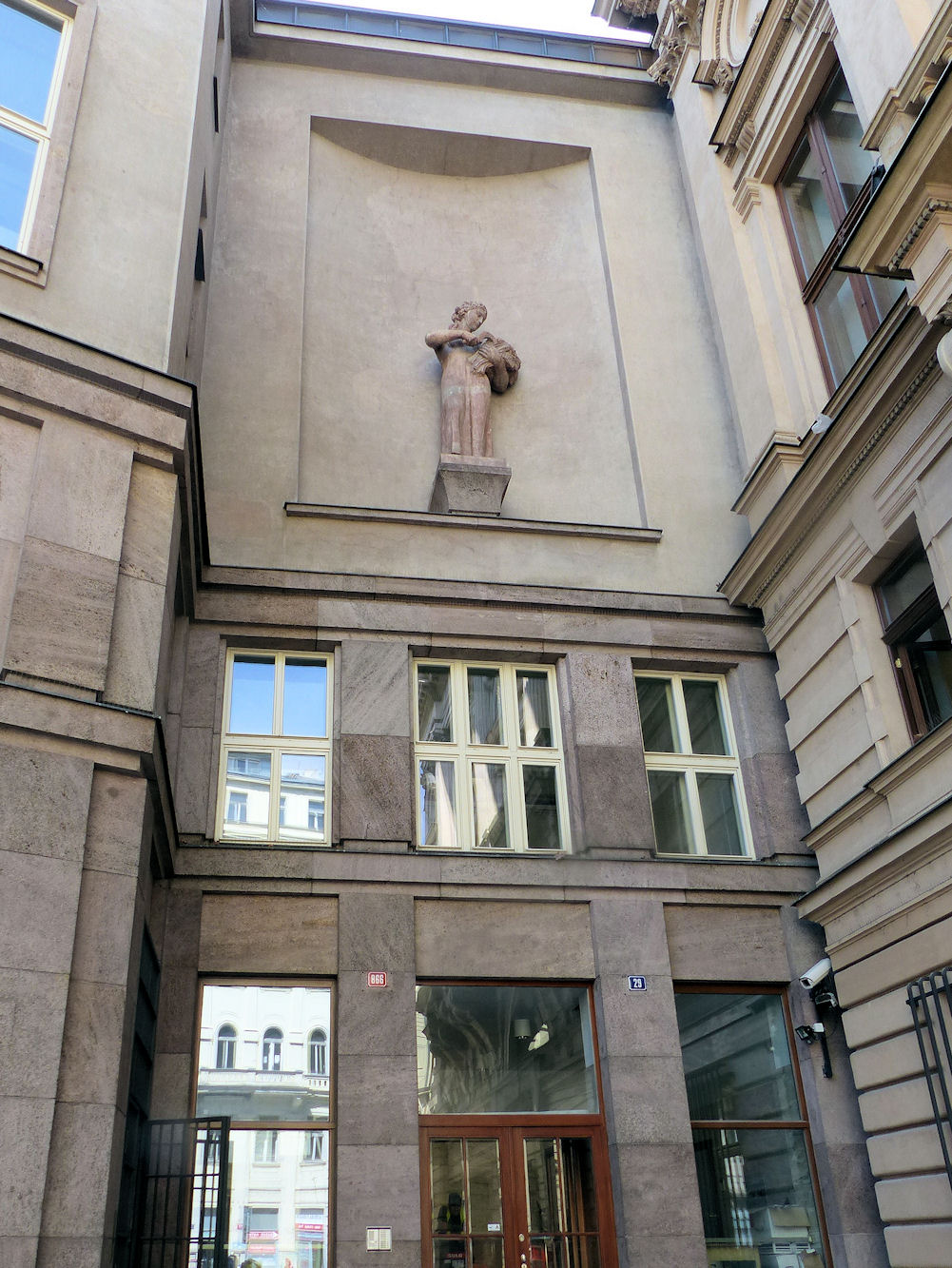