Liliová 17 and Karlova 18: The Golden Snake 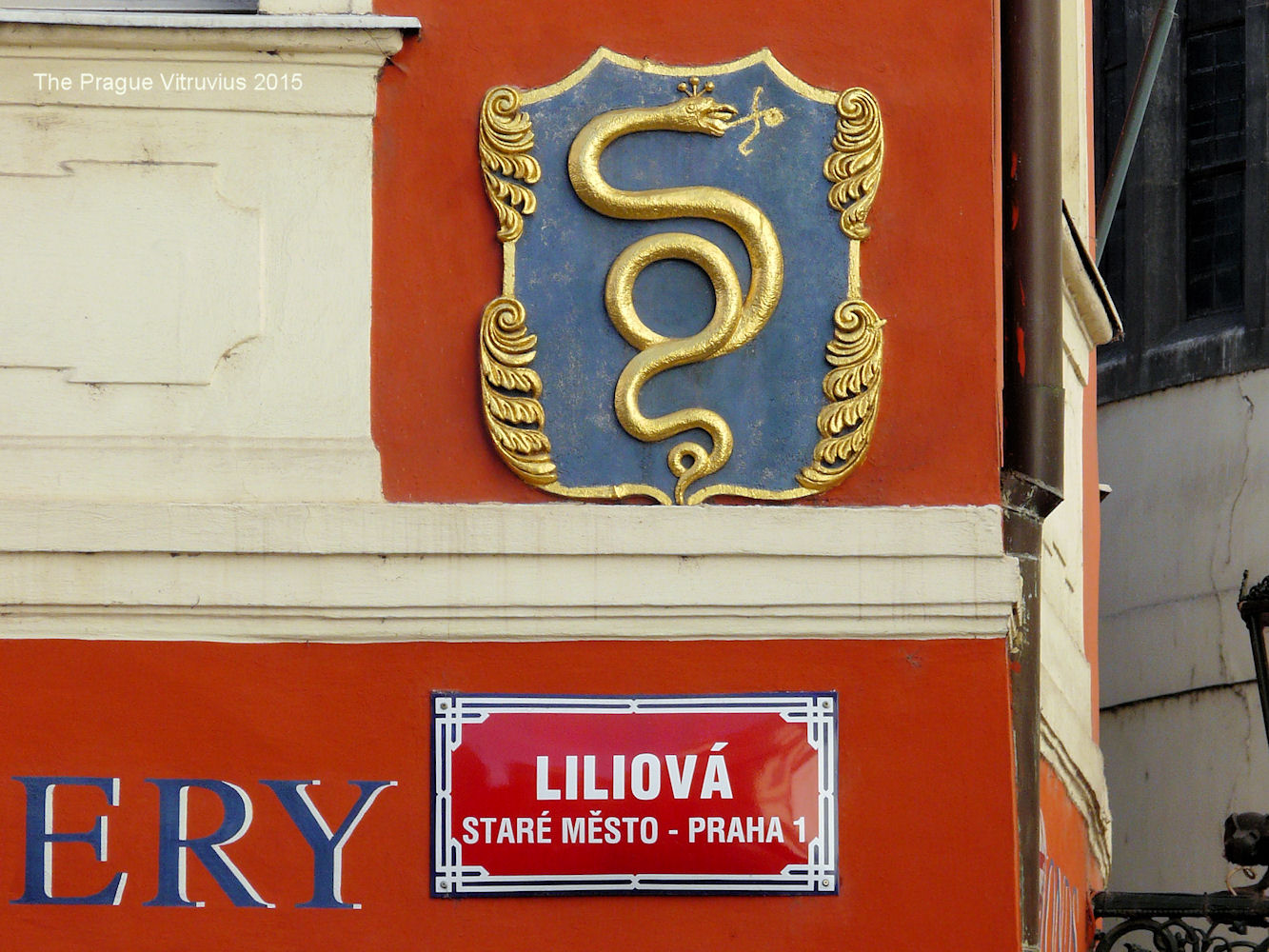 By common consent, the first coffee-seller appeared in Prague in 1714. Originally from Damascus, the lively Armenian entrepreneur Gorgos Hatalah worked the streets of Malá Strana selling ‘Turkish’ coffee heated on a portable brazier, and building a reputation which brought him great wealth.

As his fame grew, he opened two coffee houses, one at the House of the Three Ostriches, and one not far away at the sign of the Golden Snake (‘U zlatého hada’). The allegorical sign, the current version of which dates from the late 18th century, may have something to do with the fact that the house was at one time owned by a gold merchant.

Towards the end of his life Hatalah became a Catholic; now named Georgius Deodatus, he penned a number of Jesuitical tracts which alienated the Jewish community and led him into disputes which ate into his considerable fortune.

After a brief sojourn in Leipzig as a tea-seller, he returned to Prague where he died in poverty at the age of 90. This colourful character is said to be buried in the cloister of St Thomas’s church.