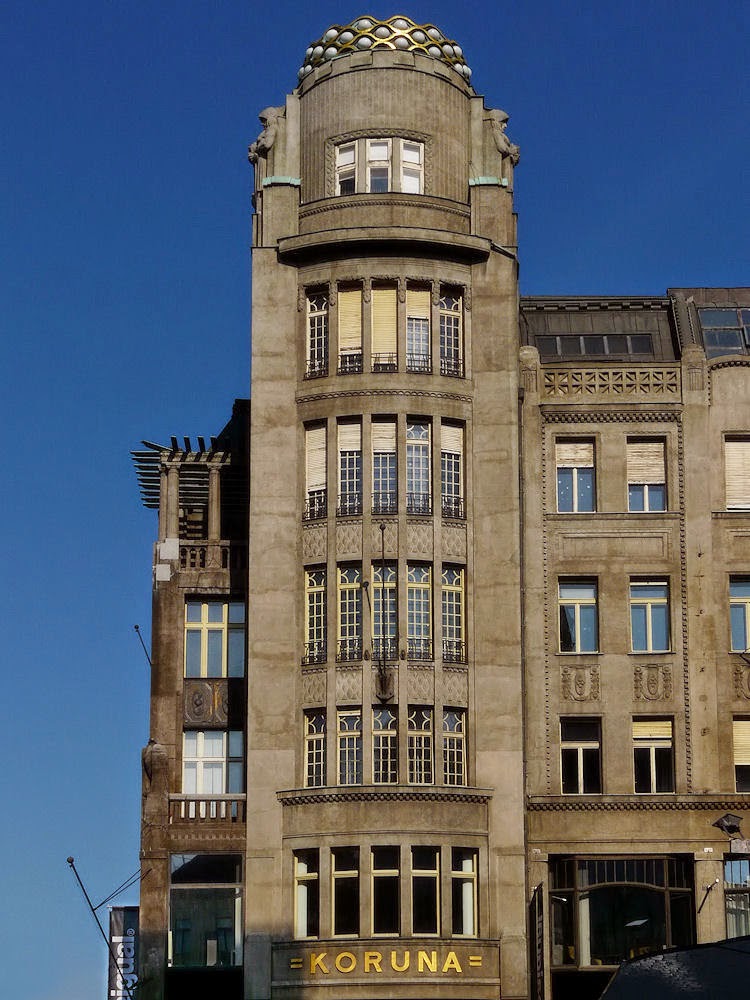 This landmark tower at the lower end of Wenceslas Square was designed by the architects Antonín Pfeiffer and Matěj Blecha and constructed between 1912 and 1914 on the site of the former Vienna Cafe.

Typically for its period, the building abandons many of the more florid aspects of art nouveau in favour of bold, clean, geometric shapes that anticipate Art Deco. The most striking feature of this largely commercial building is undoubtedly its tiara-like crown (‘koruna’ in Czech), which playfully combines the name of the country’s currency with the fact that the building was paid for by a life insurance company.

Originally the building also housed a cinema and automated fast-food canteen – one of the first in the world. The designer of both, Ladislav Machouň (like Pfeiffer a pupil of the architect Jan Kotěra) had his studio in the turret of this building. In 1938 he repeated the success of his automatic canteen with a version in London’s Regent Street.