The Estates Theatre (Stavovské Divadlo) was designed and built between 1781 and 1783 by the architect Anton Hoffenecker. Count František Antonin Nostitz-Rieneck, who commissioned it, was one of the leading proponents of Bohemian independence in the 18th century, and did much to fortify and embellish the cultural life of Prague.

Bearing the motto ‘Patriae et Musis’ – To the Fatherland and the Muses – the theatre was the venue for the premieres of Don Giovanni (1787) and La Clemenza di Tito (1791, commissioned for the Prague coronation of Leopold II). It is the only surviving theatre in which Mozart himself performed. 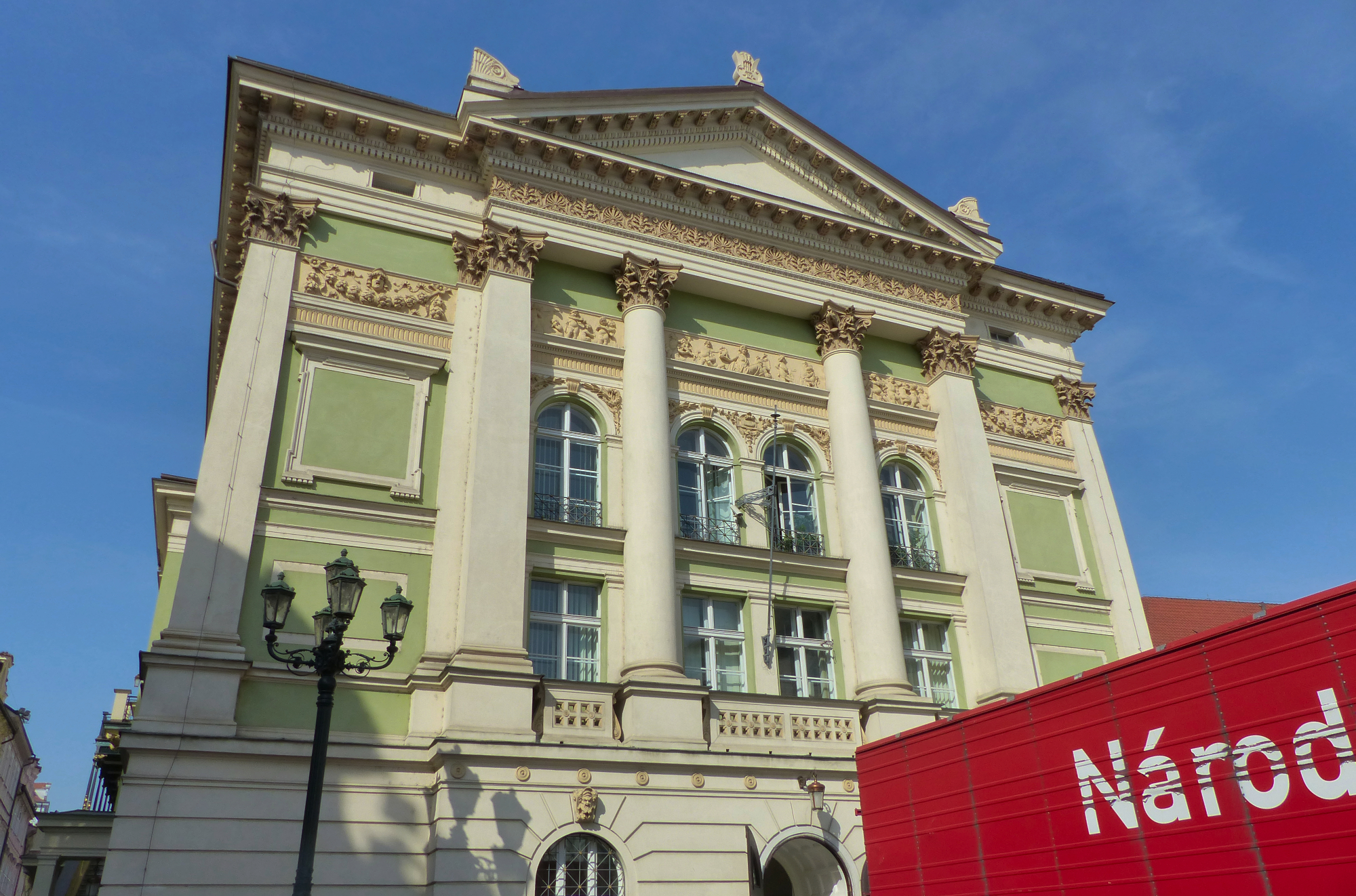 The neo-classical south elevation of the theatre, giving backstage access; in the foreground is a National Theatre scenery transporter