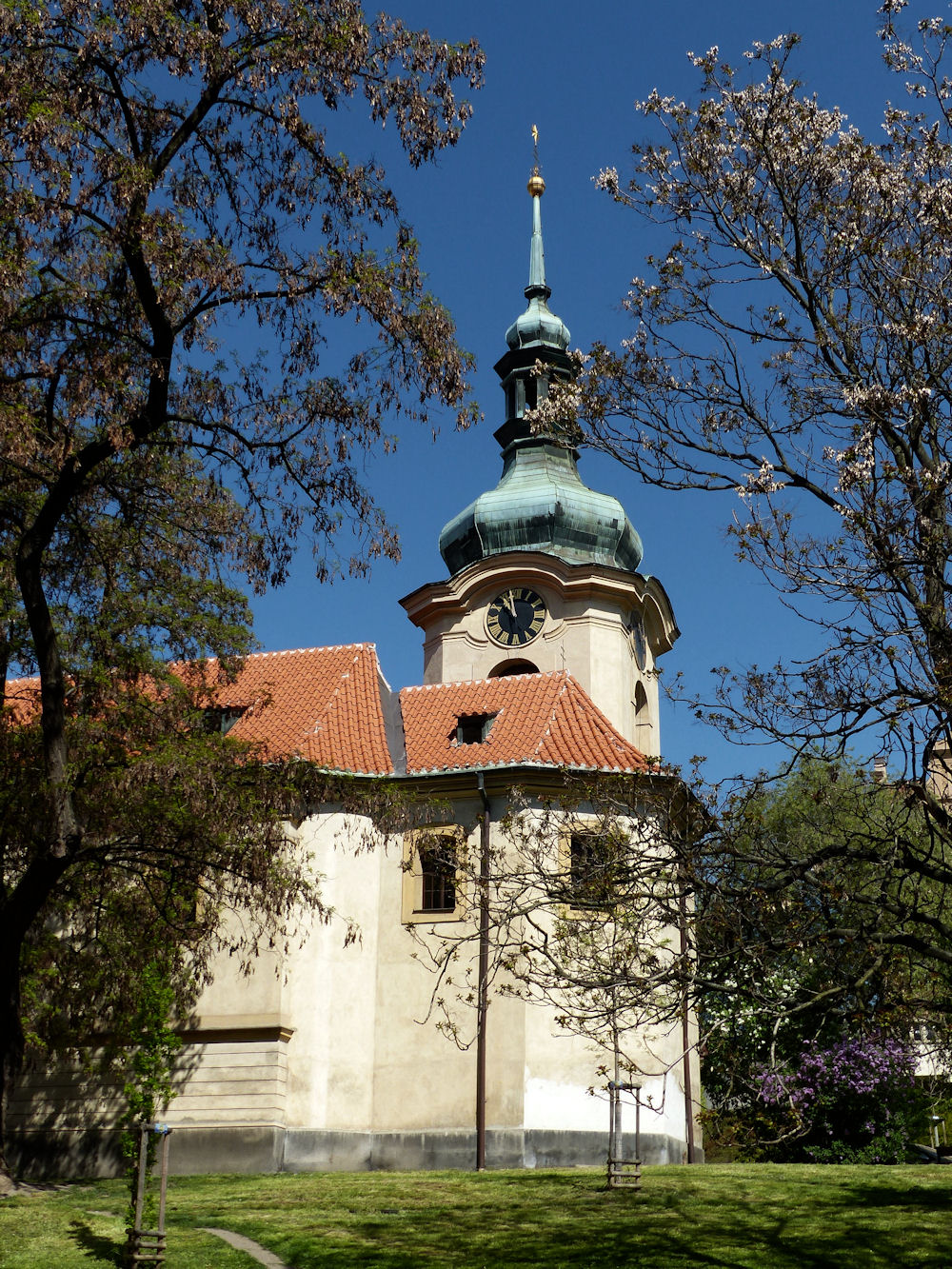 A romanesque chapel dedicated to Mary Magdalene is recorded as having stood on this site in the then village of Vršovice in the year 1028. By 1374 the chapel had been been widened, renovated in the gothic style and re-dedicated to Saint Nicholas. This original church was destroyed during the Hussite wars at the start of the 15th century.

The present building, dating from 1704, was erected on the same site following the victory of the Catholic army in the Thirty Years’ War. This is the oldest part of the building, to which the neo-baroque west front, by Bohumil Holeček, was added when the aisle was extended in 1894-96. The church has two features of particular historic interest, both older than the building itself: a statue of Jan Nepomuk dated 1685, and a bell by Master Bartoloměj of Prague from 1511.

In the world of fiction, the church and its parish priest play a small but significant role in Jaroslav Hašek’s masterly satire The Good Soldier Švejk (1923); in real life, the artist Jakub Schikaneder was married here on 5 July 1884.