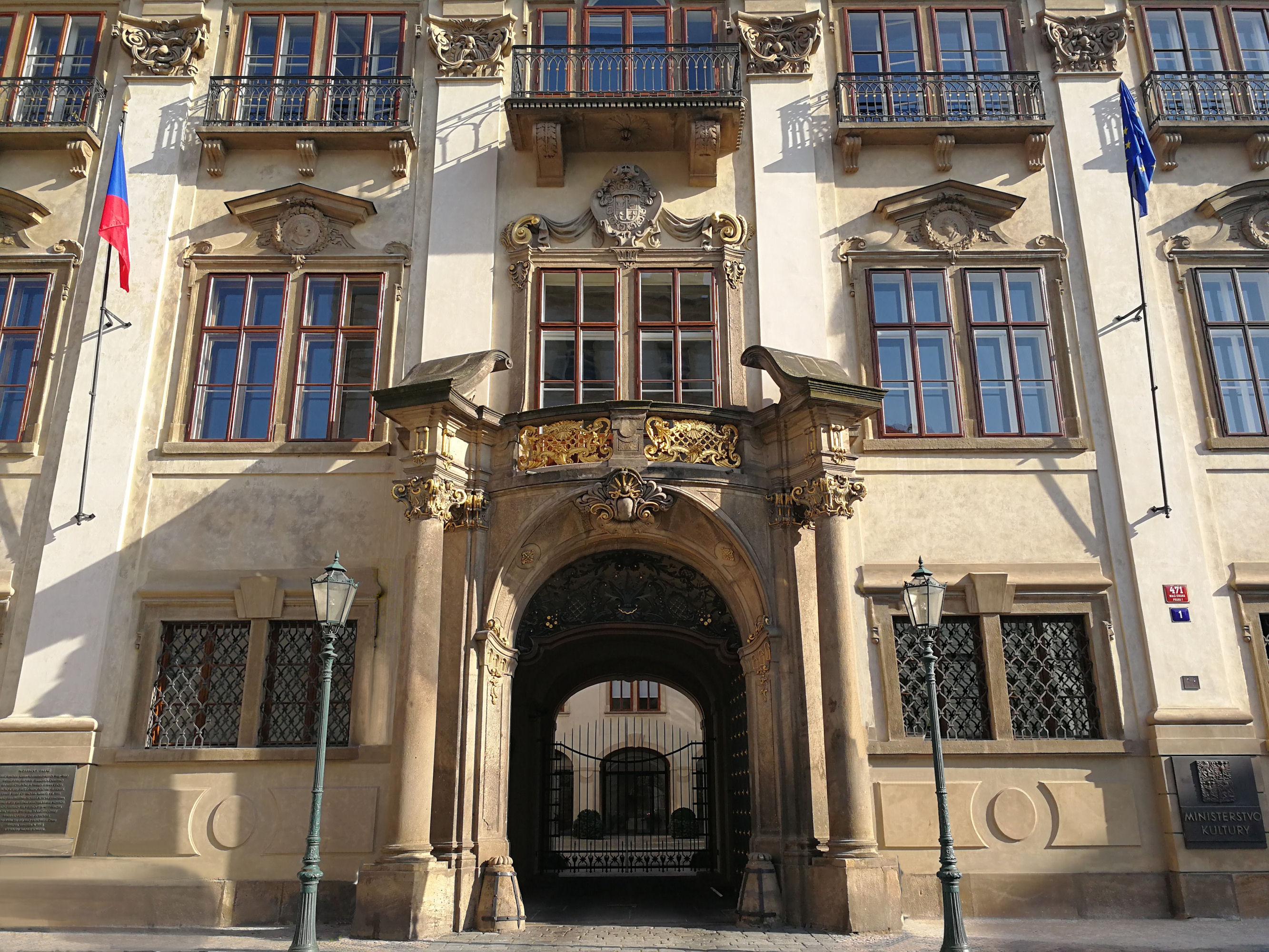 This early baroque palace in the Malá Strana district was built between 1662 and 1675 for Jan Hartvik, count of Nostitz (‘Nostic’ in Czech orthography). For many years attributed to Francesco Caratti, later analysis suggests that the palace is more likely the work of his contemporary, the architect Carlo Lurago.

The palace’s foundation stone was laid in 1660, but it was two years before work began on the site of two former dwellings, The Green Rose and The Golden Bear. In 1736, the layout and facade were redesigned, and at the same time statues of classical emperors by Michal Jan Brokoff erected on the roof; these were replaced with replicas in 1887.

The colossal rococo portal – the debut work of Antonín Haffenecker – was added in 1760 at the request of Count František Václav Nostic-Rieneck. Twenty years later, his son,František Antonín Nostic-Rieneck, commissioned Haffenecker to design the playhouse today known as the Estates Theatre, where Mozart conducted the premiere of Don Giovanni.)

During their almost three-hundred-year tenure of the palace, the Nostic family continued to be great patrons of the arts, building an extensive collection of paintings and a 14,000-volume library with manuscripts dating from the thirteenth century. Here, among other enlightenment academics, the philologist Josef Dobrovský developed his work on the relationship of Slavic languages and their Indo-European ancestors.

For much of the twentieth century the home of the Embassy of the Netherlands, the palace is today the headquarters of the Czech Ministry of Culture. The palace is only very occasionally open to the public; however, an impressive virtual tour is currently available online.