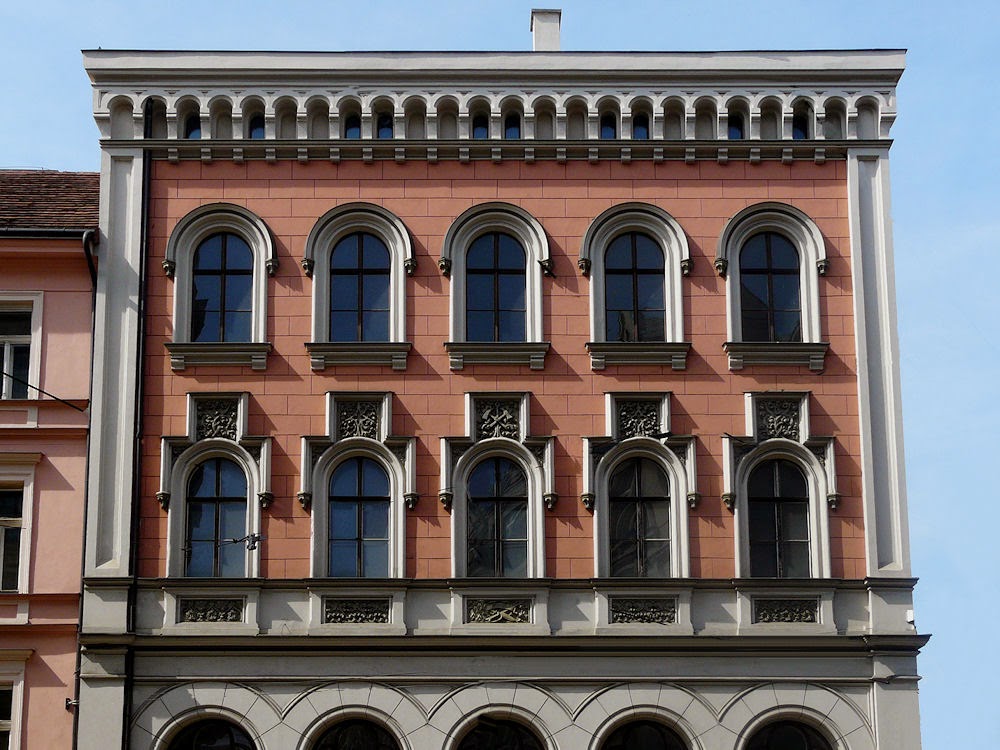 Built on the site of the fifteenth-century House of the Black Hare, this neo-renaissance palace in the Venetian style was erected in 1857 for Vojtěch Lanna, founder of the Kladno steelworks.

As often in the case of such grand projects, a number of architects were associated with the building.  Jan Ripota oversaw its construction, based on plans by Lanna’s friend Josef Kranner, while the neo-romanesque facade was the work of Vojtěch Ignác Ullmann.  Later reconstruction and interior design were carried out in the 1870s by Josef Schulz and Antonin Barvitius.