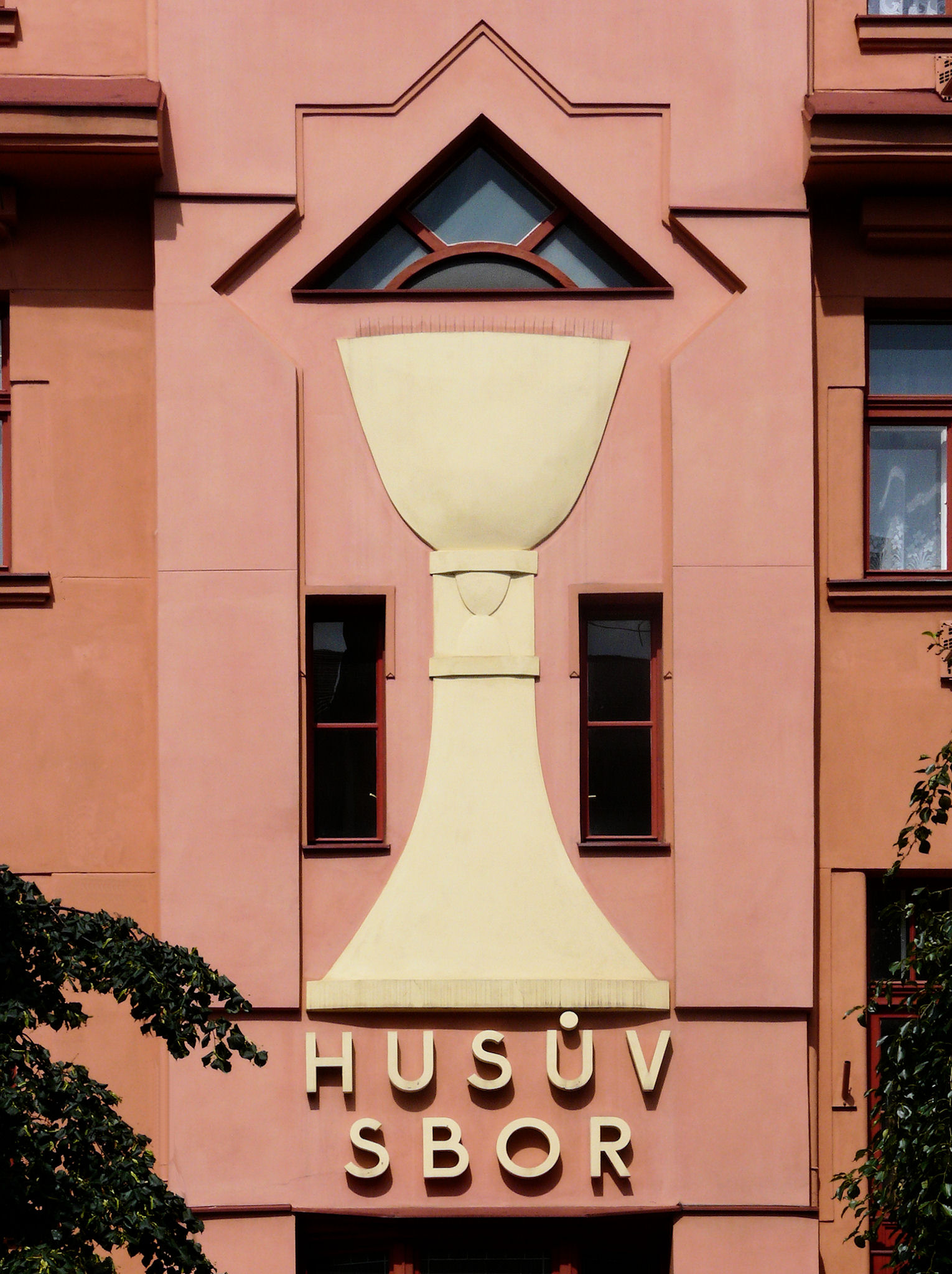 The Czechoslovak Hussite Church was established in 1920, taking as its guiding principle the teachings of the 15th century reformer Jan Hus. The symbol of the chalice denotes his belief that the eucharist should be administered to the entire congregation ‘in both kinds’, i.e. in the form of both consecrated bread and wine.

This 1925 church is to be found, appropriately enough, on Tábor street, named after the southern Bohemian town which was the was the historic home of the Hussites (and whose name itself was borrowed from the biblical Mount Tabor).