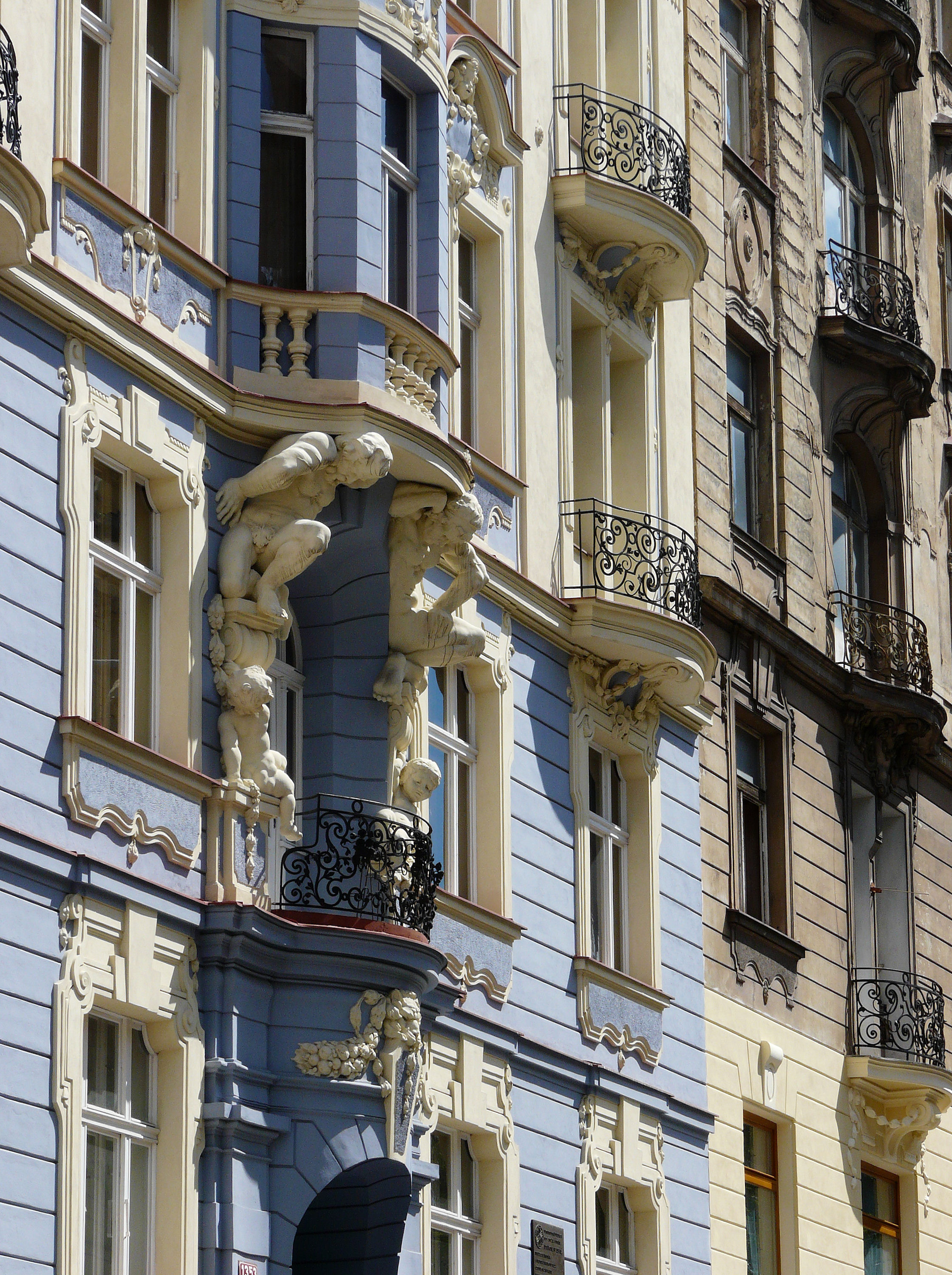 Number 4 was built at the start of the twentieth century when the street was known simply as ‘U Divadla’ (Theatre Street) after the nearby Vinohrady Theatre. Later the street was renamed in honour of František Šubert, director of its first productions.

The house itself was the birthplace of noted Czech art historian Dobroslav Líbal (1911-2002) whose name was inscribed on a plaque placed here after the building’s restoration in 2007. It was also the home of actor Karel Vávra, one of whose uncles, the tenor Antonín Vávra, sang in the opening night of Smetana’s opera Libuše at the National Theatre in 1881.