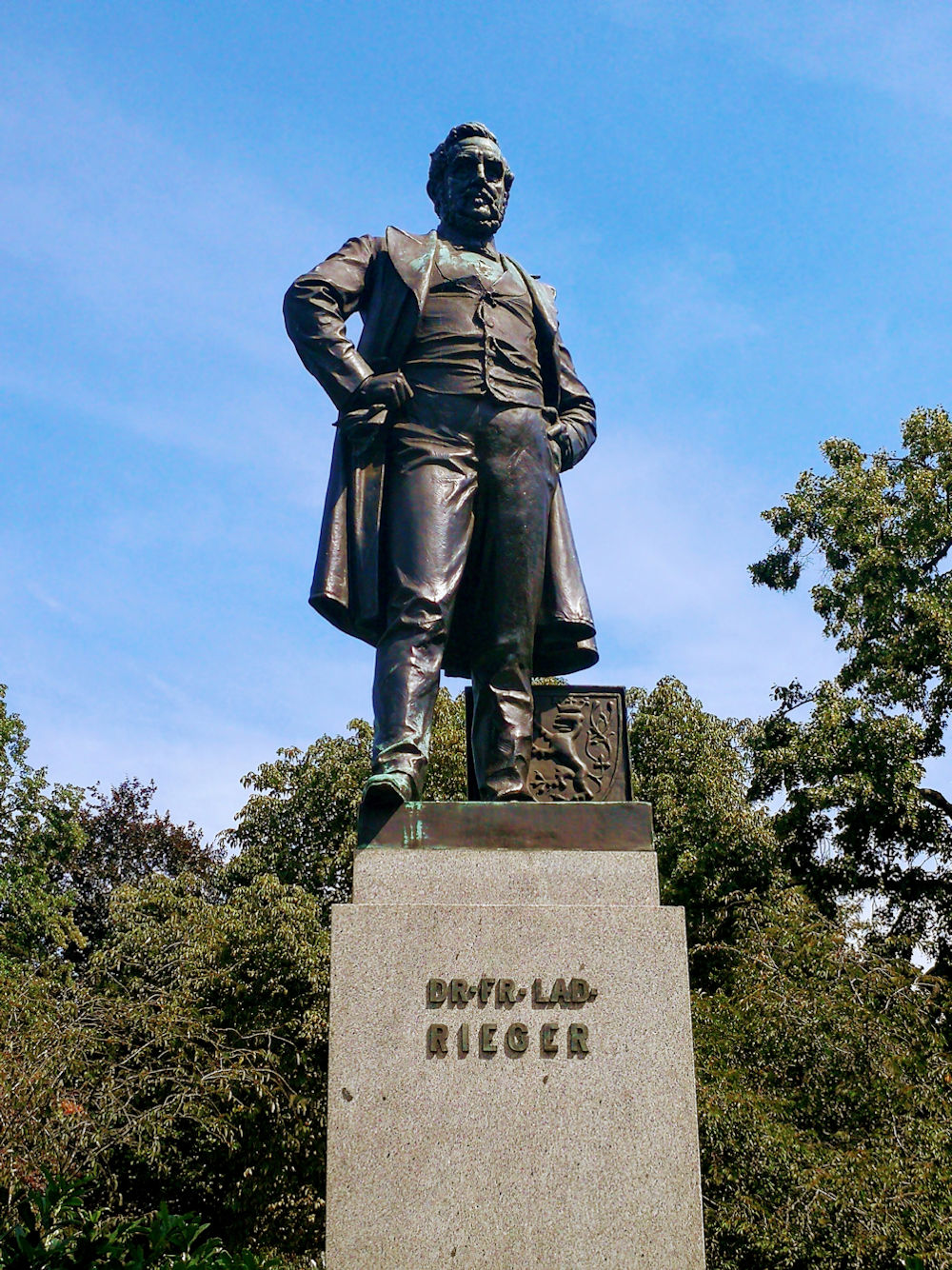 Born in 1818, František Ladislav Rieger was from his student days a passionate advocate of Czech nationalism. His 1848 speech in Vienna won him the admiration of František Palacký, who was to become not only a firm friend but also Rieger’s father-in-law.

Both politicians upheld the principles of Austroslavism, which argued for an autonomous Czech homeland within a federal Austria. The creation of Austro-Hungary in 1867 put paid to that particular dream, but Rieger continued to fight for home rule as leader of Palacký’s National Party from 1861 onwards.

However, despite his background as a lawyer and economist (he is known as the Father of Czech Economics) and his undoubted skill as an orator, Rieger was unable to prevent the schism at the heart of his own party. To the new generation of political activists (the so-called Young Czechs), Rieger and his ‘Old Czech’ faction were passive conservatives who depended for their support on wealthy landowners, at the expense of the lower and middle classes. In the elections of 1891, Rieger lost his parliamentary seat; and his long political career and that of the Old Czechs effectively came to an end. 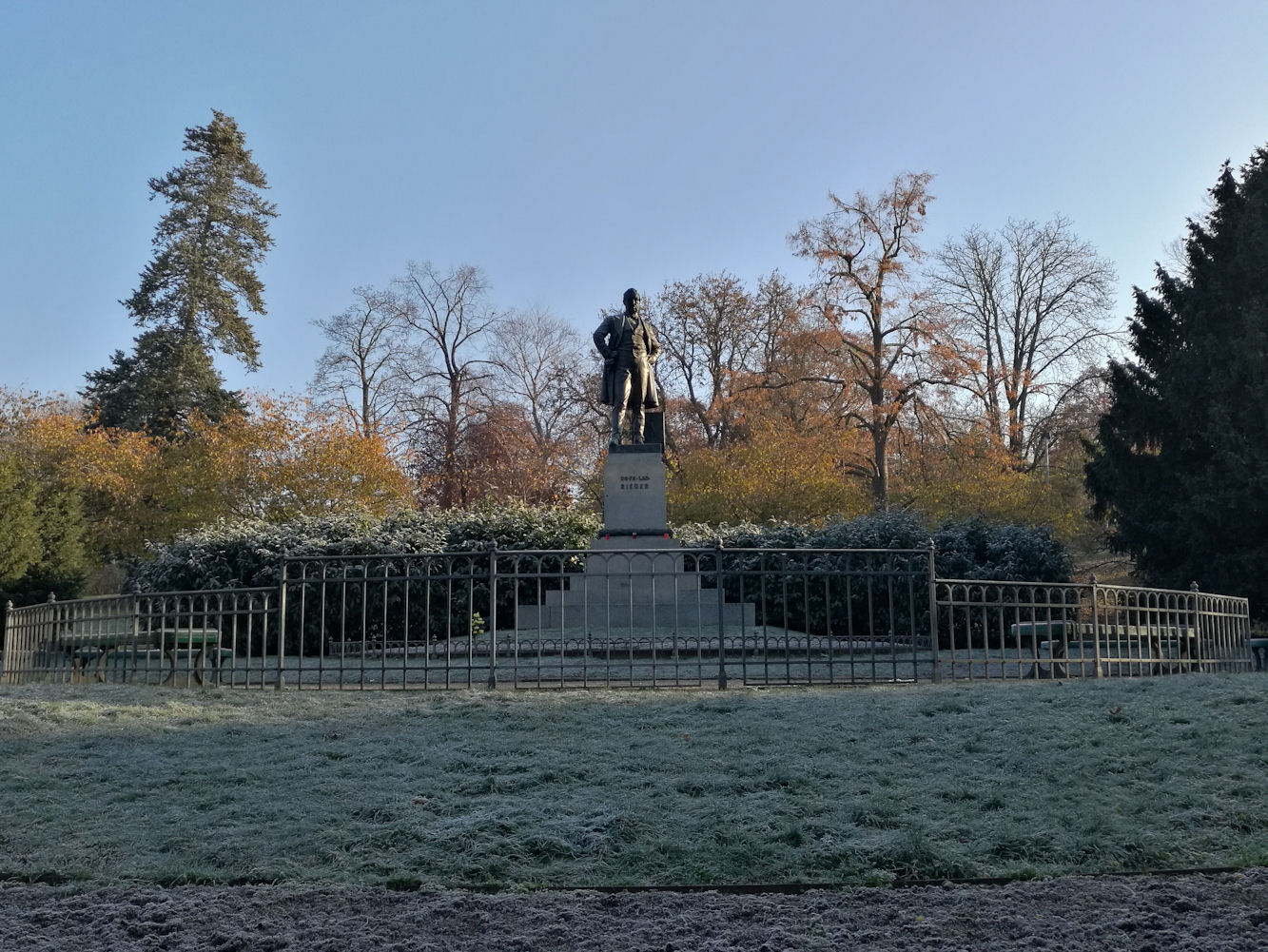 He nevertheless retained his reputation as the grand old man of Bohemian politics, and was honoured with a substantial pension, a baronetcy, and, in 1903, a state funeral. Ten years later, the renowned sculptor Josef Myslbek was commissioned to produce this handsome full-length statue at the entrance to the park which today still bears Rieger’s name. Cast in bronze by the Mašek foundry in Karlín, it was unveiled in 1915, at the very height of the war which would ultimately bring about the end of the Austro-Hungarian empire. 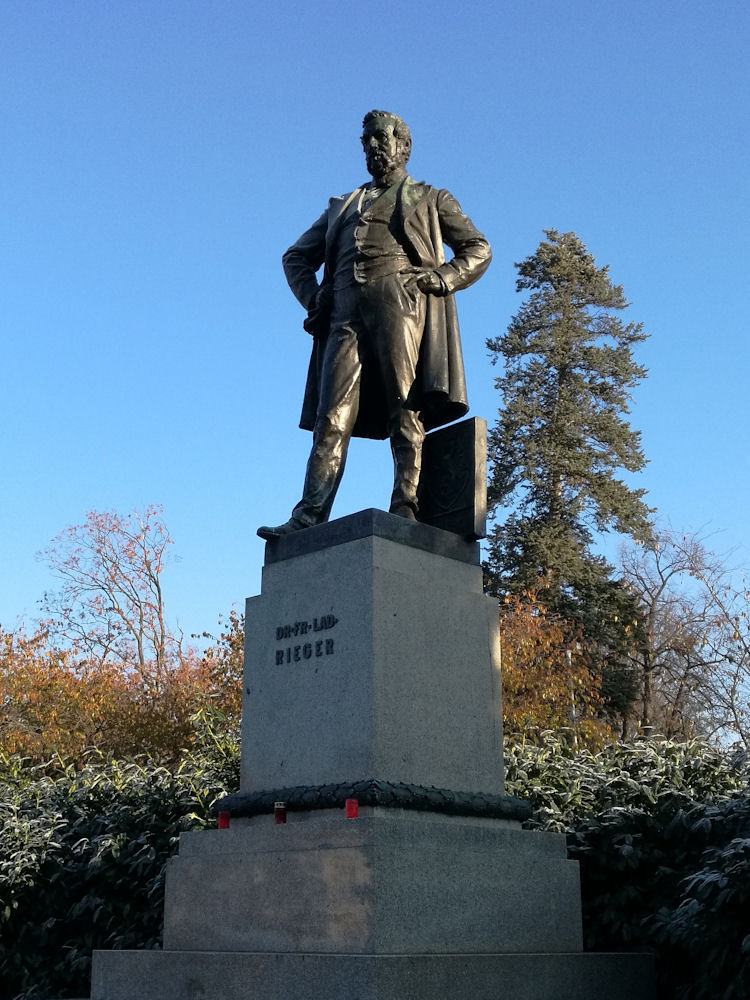