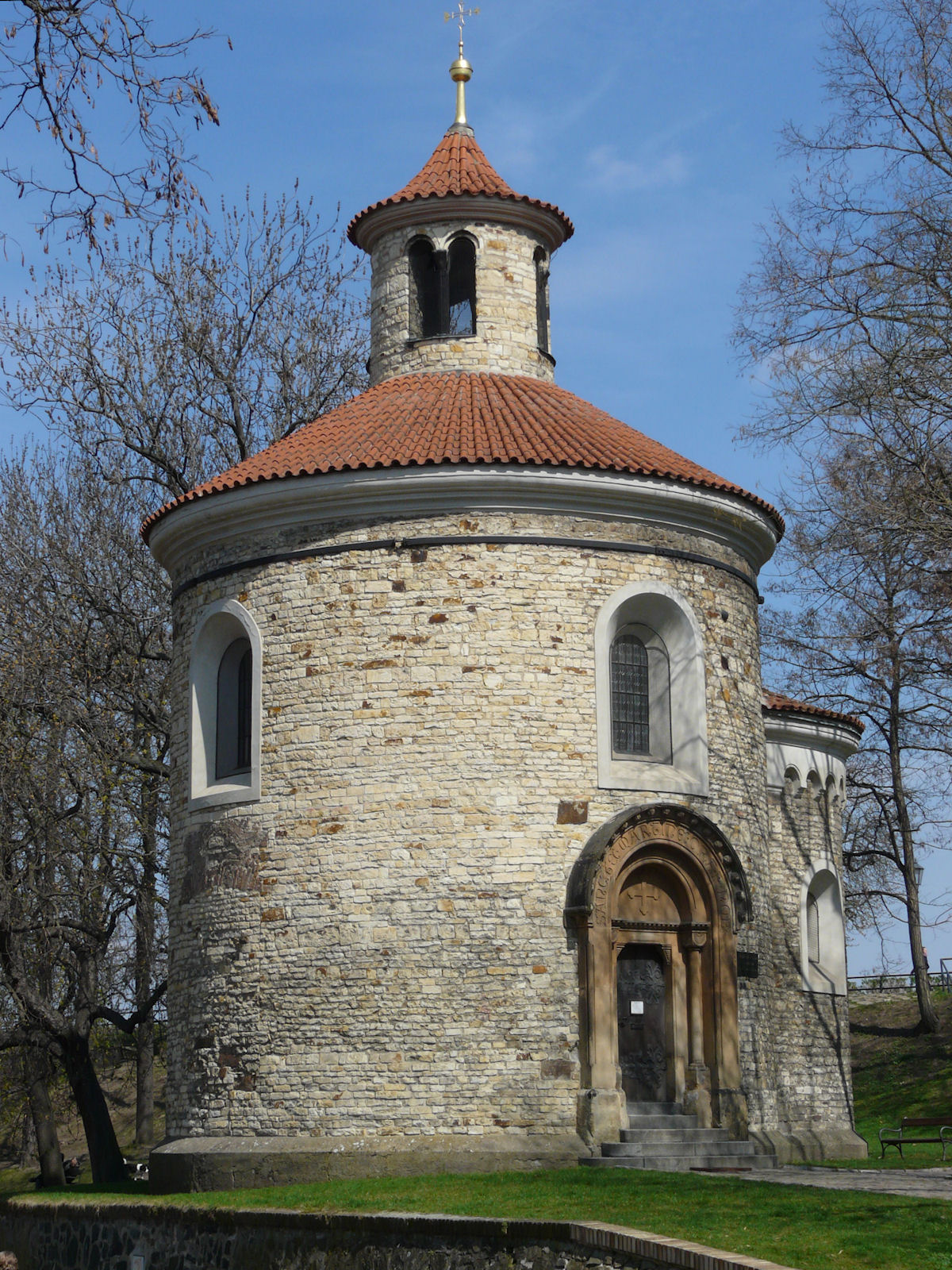 The oldest of the three Romanesque round churches in Prague, Saint Martin’s is also the earliest surviving structure in the ancient citadel of Vyšehrad, to the south of the city. The rotunda dates from the reign of Vratislav II in the second half of the 11th century.

The building has a colourful history. Looted in 1420 and the victim of a fire in 1523, it suffered bombardment by the Prussians in 1757, and was finally abolished as a chapel by the Austrian emperor Joseph II as part of his reforms of the 1780s. The rotunda was variously used as a powder store and a house for the needy, before being reconsecrated in 1878 following modifications to the interior by the architects Antonín Baum and Bedřich Münzberger (who were also responsible for the interior of the Spanish Synagogue). The neo-Romanesque portal on the south-facing side (see picture below) is also the work of Baum.