The street where this small Romanesque chapel stands is named after the settlement of Rybník or Rybníček, the home of one of Prague’s ancient fishponds. Built in the early 12th century on land belonging to the Benedictine order of Břevnov, the rotunda was originally consecrated to Saint Stephen (whose later church stands just opposite).

In the 13th century, the rotunda came into the possession of the Teutonic Knights, and later formed part of the Franciscan hospital established by Saint Agnes of Bohemia. In 1410 it was rededicated to Longinus (the Roman soldier whose spear pierced the side of Christ), some of whose saintly relics had been transferred to Prague by Emperor Charles IV. The octagonal lantern was added in the 17th century.

A straight line linking the Rotunda of Longinus, the Rotunda of the Holy Cross, and the cathedral in Prague Castle (site of the original Rotunda of Saint Vitus), gave the precise alignment of the sun at the winter and summer solstices, a fact that has led some to suggest that the rotunda was built on the site of a pre-Christian temple. 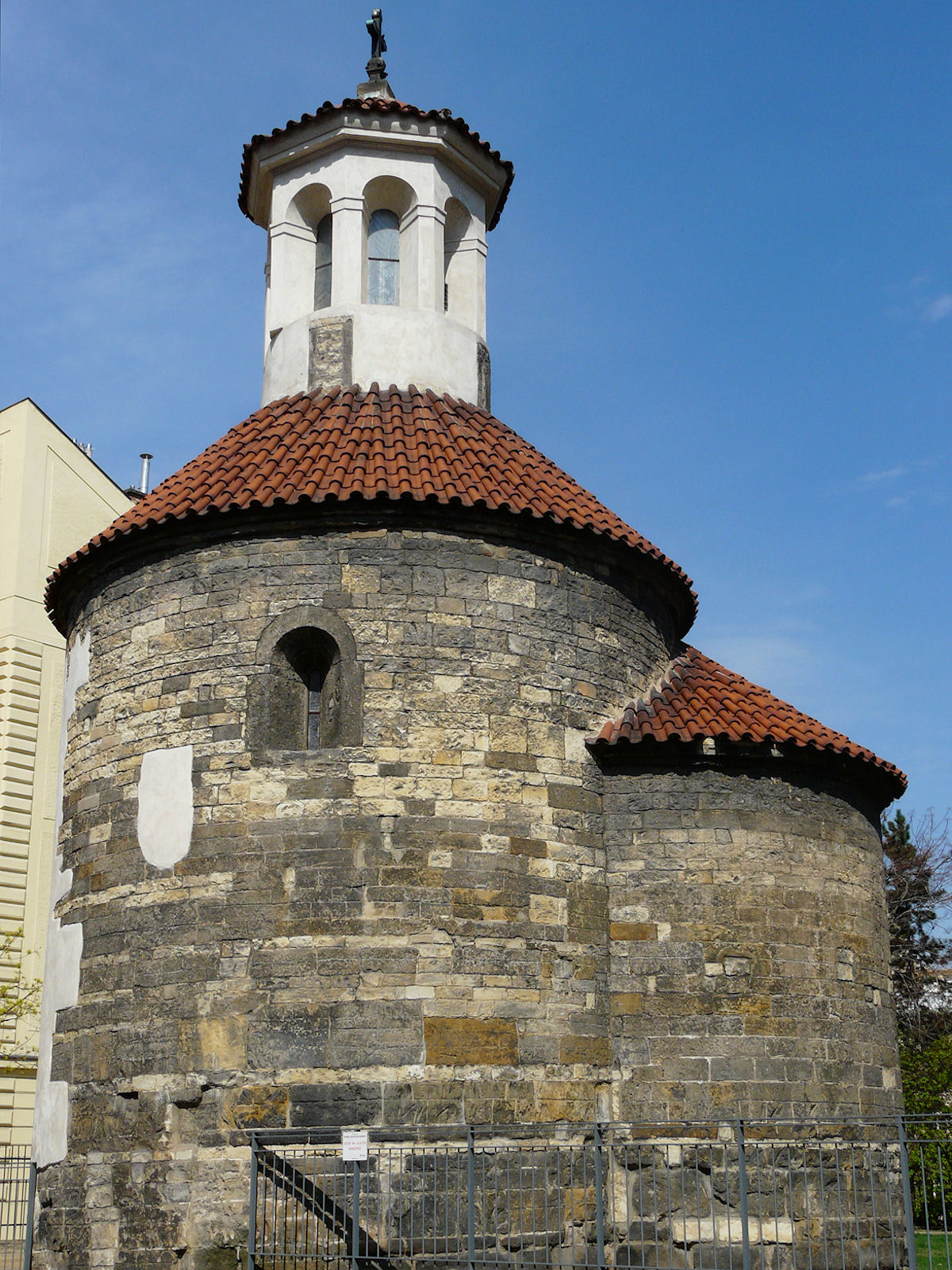