Erected on the site of the mediaeval ‘Old School’ synagogue, the present structure dates from 1868.  Many names are associated with the plans for the building, including that of Vojtěch Ignác Ullmann, but it seems more likely to have been the work of master builder Jan Bělský, following either his own design or one by Josef Niklas.

At one time known simply as the Israelite Temple, today it is referred to as ‘The Spanish Synagogue’, apparently after the community of Sephardic Jews who found refuge in its predecessor, the Old School, after being expelled from Spain in 1492.

While this story should be treated with circumspection, architecturally, the synagogue certainly lives up to its nickname, with extensive use of mozarabic elements including motifs from the Alhambra Palace, and an extraordinary moorish interior added in the 1880s under the supervision of the architects Antonín Baum and Bedřich Münzberger.

For a detailed analysis of the building’s name and history, see this article. 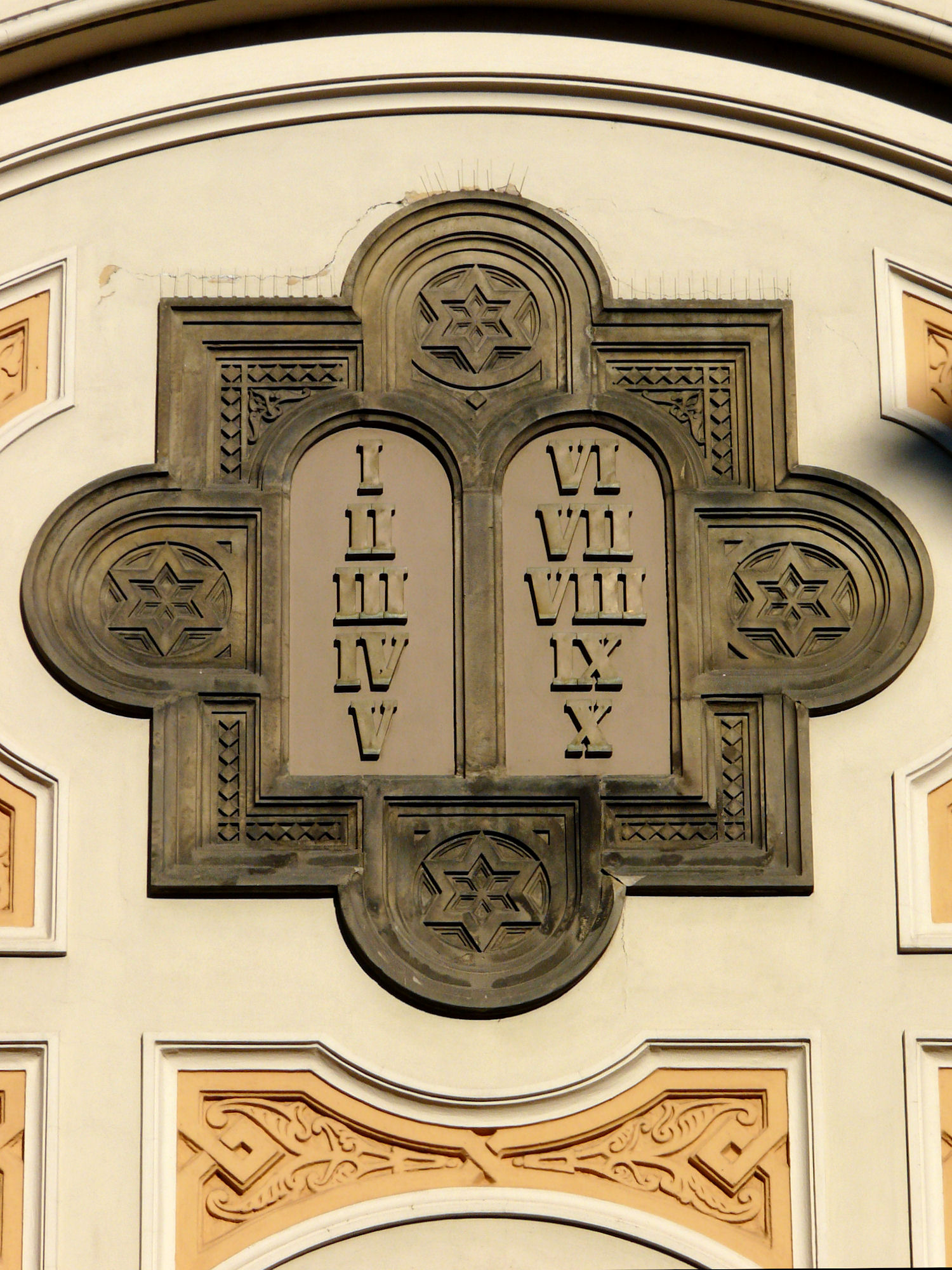