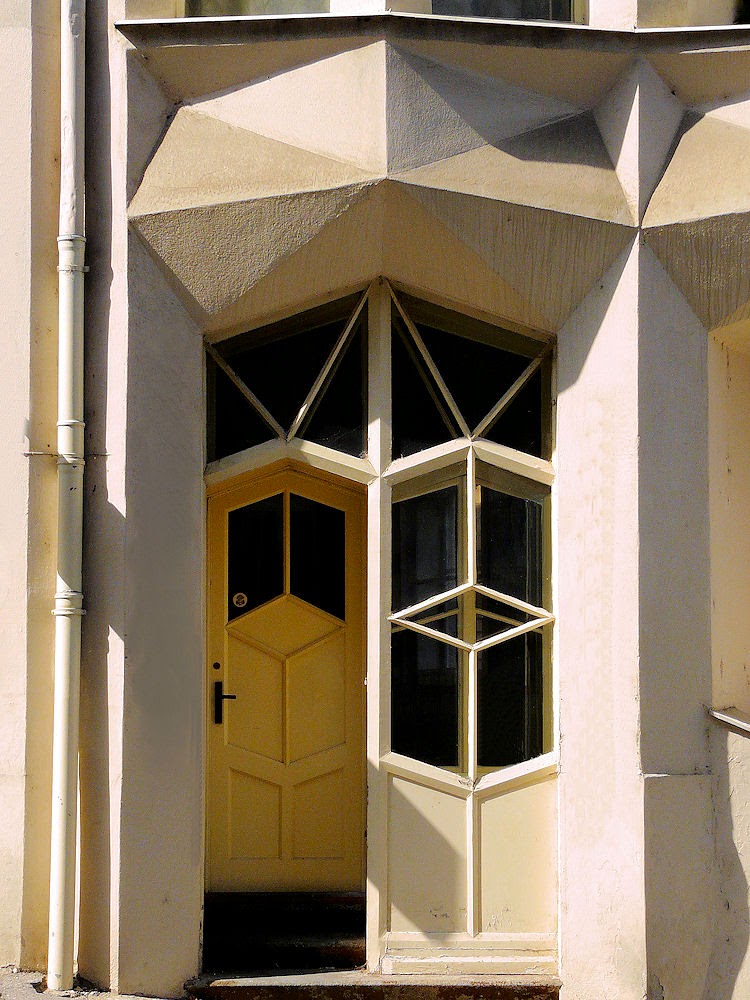 This corner apartment block was constructed between 1913 and 1914 by František Hodek, and is generally attributed to the cubist architect Josef Chochol.

The building’s classical articulation is set off by Chochol’s trademark lozenges, whose converging diagonals combine to produce a dynamic sense of movement, especially in strong sunlight. This visual effect is further intensified on the south-east elevation by the steep incline of Přemyslova street, which leads to the historic fortress of Vyšehrad.

The overall impression is that the building has been constructed from folded paper, like a piece of origami. Not far from here is an even more striking example of this style, the Villa Kovařovic of 1911, also by Chochol. 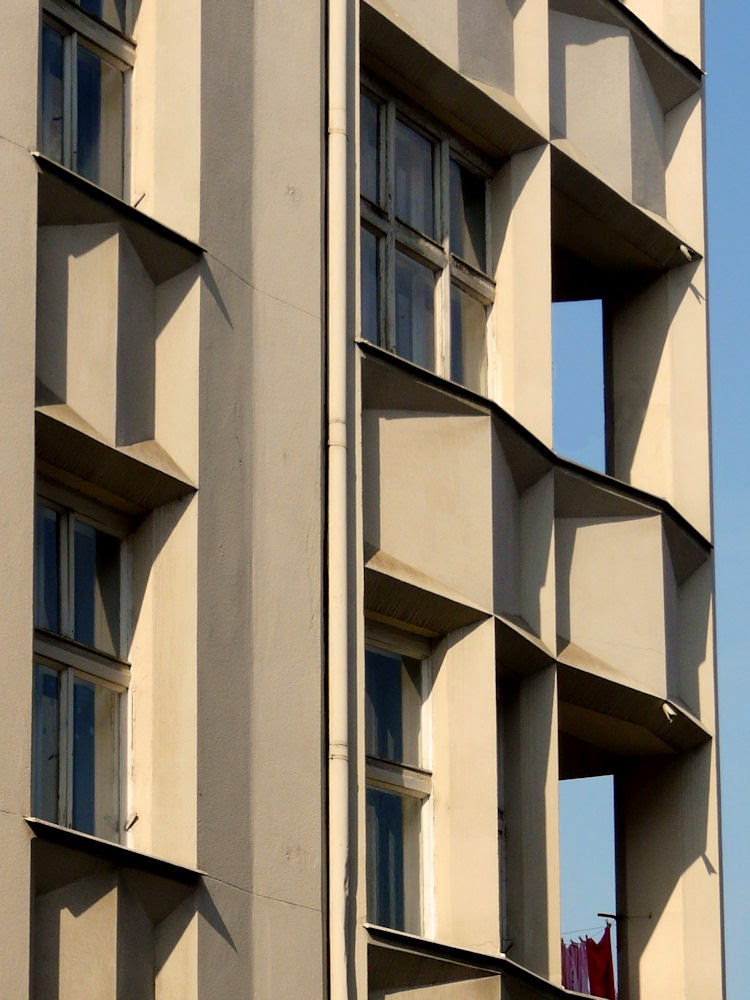