In 1791 a vast outdoor exhibition took place in Prague to mark the coronation (as King of Bohemia) of the Holy Roman Emperor Leopold II. The celebrations included the first performance of Mozart’s penultimate opera, La Clemenza di Tito, no doubt intended to appeal to a ruler who had already pursued peace in Europe with considerable intelligence and skill.

The century following Leopold’s death was dominated by a period of enlightenment and increasing industrialization during which the Czechs (still technically part of Austria-Hungary) were beginning to lay claim to their own heritage, art and language. All of this was reflected in the 1891 National Jubilee exhibition, this time held in a purpose-built ‘crystal palace’ at Holešovice, in the loop of the river Vltava.

The prefabricated iron-framed hall, designed by Bedřich Münzberger and František Prášil, took a mere five months to build. The bases of the two towers were decorated with neo-renaissance friezes designed by Friedrich Ohmann and Alois Dryák, while the interior stained glass depicted allegories of science and industry, based on drawings by Mikoláš Aleš:

The Palace of Industry was only part of the sprawling exhibition ground. An adjacent range of buildings by Antonin Wiehl was designed to show examples of Bohemia’s sculptural heritage. Later heavily modified in the neo-baroque style, the so-called ‘Lapidarium’ – originally a temporary fixture – is now part of the National Museum and still a popular attraction. 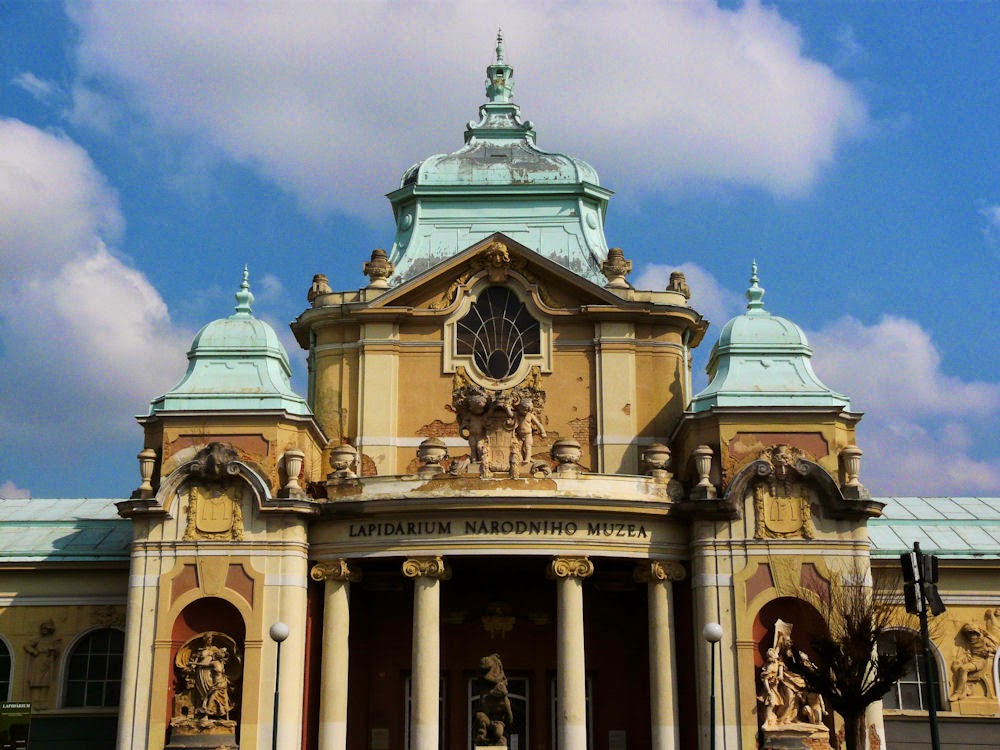