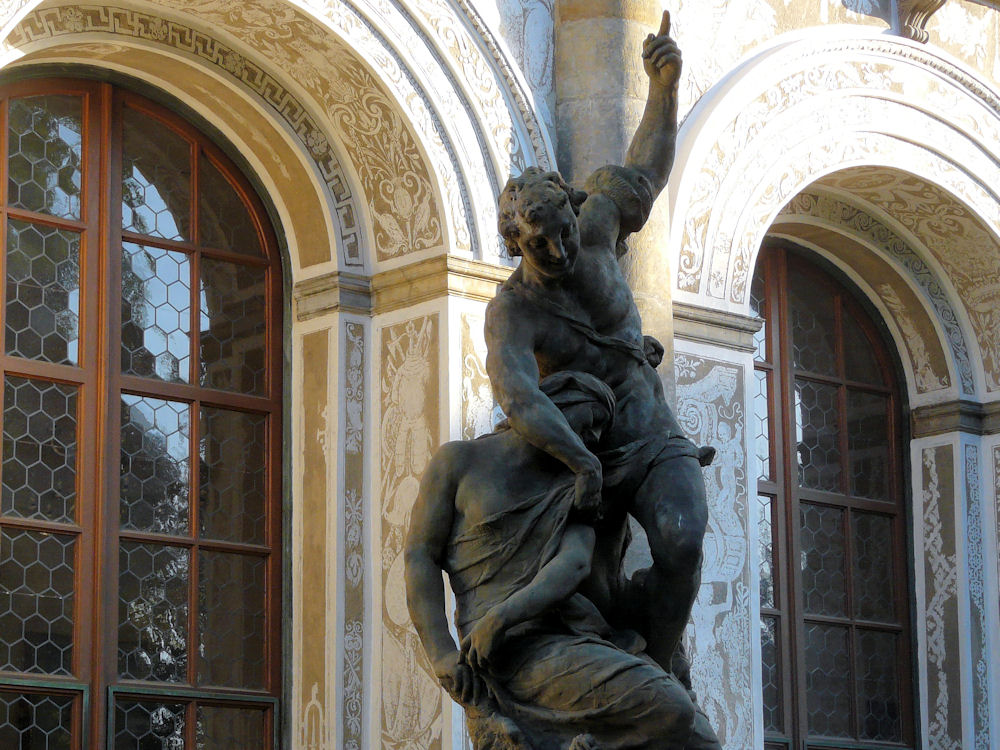 The Great Ball Game House in the grounds of the castle dates from between 1567 and 1569 and is the work of Bonifaz Wohlmut, who also contributed to the nearby Royal Summer Palace as well as the Church of Our Lady and Charlemagne. In the splendidly decorated hall, the most popular pastime was a form of tennis in which a number of players batted a leather ball (míč) to each other using a wooden bat or the sole of a shoe.

The renaissance sgraffito-work is original, though it has been restored several times, most notably in the 1950s, At this time – in addition to the figures of the cardinal virtues, the liberal arts and the four elements – there was added an allegory of Soviet industry, complete with hammer and sickle.

The statue, dating from 1734, is a personification of night from the workshop of Matthias Bernhard Braun, possibly by his nephew Antonín Braun.

The west end of the court

The element of Fire (Ignis)