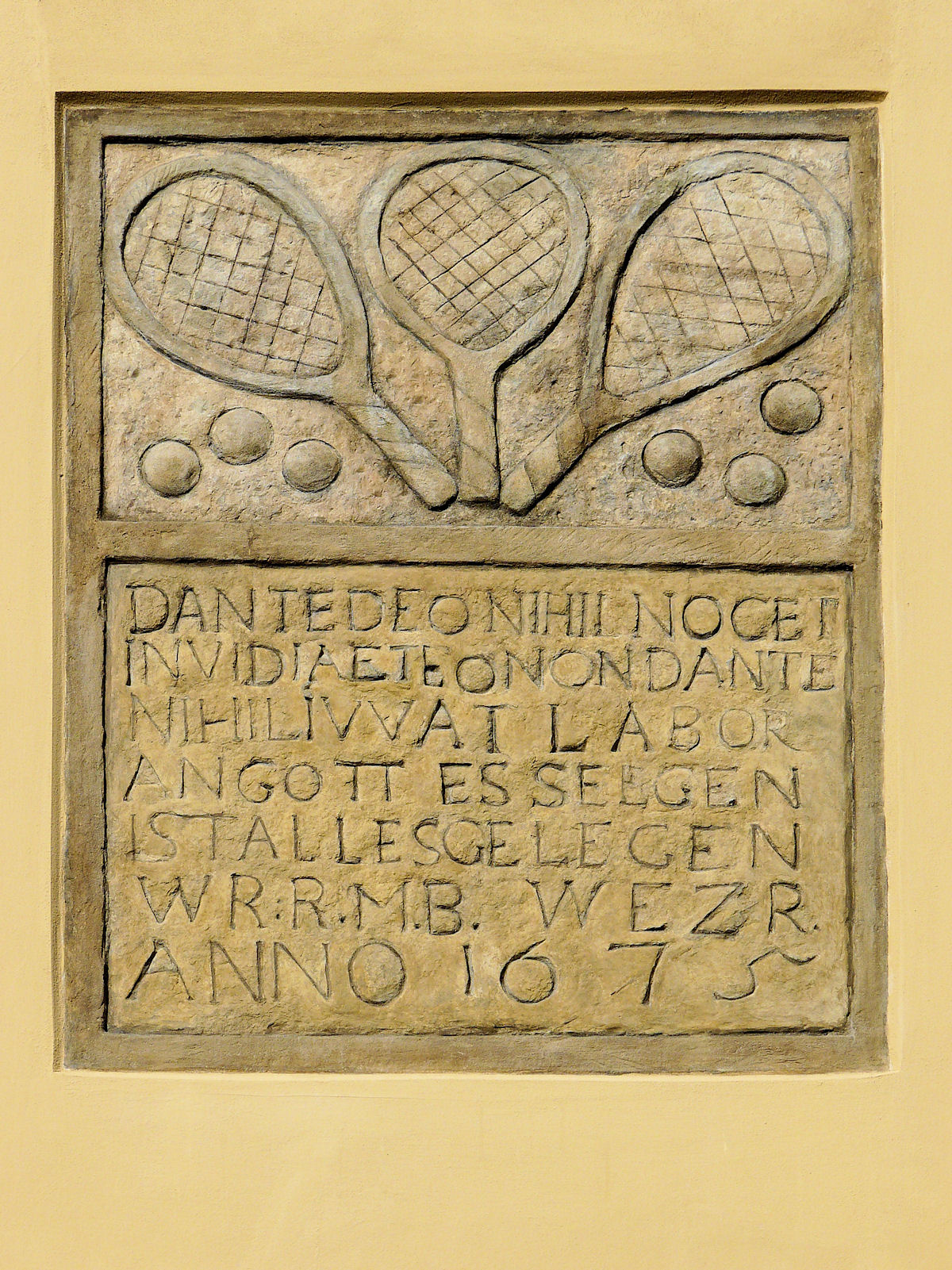 This plaque appears on the south-facing wall of a historic property near to the Old Town Square. The house – whose foundations date from the early 13th century – belonged at one time to the abbots of Opatovice. In 1475 it was sold to the local designer Matěj Rejsek, a significant name in the history of Prague architecture, since he was at first the decorator and later the architect of the famous Powder Tower, work on which began in that same year.

In 1675 the property passed into the hands of one Wenzel Ringolin, who had it converted into a ball court which survived for at least the next sixty years. The 1868 remodelling of the house’s facade sympathetically incorporates the seventeenth-century commemorative plaque, whose tennis racquets and balls have given rise to the nickname ‘Míčovna’ (‘Ball court house’).