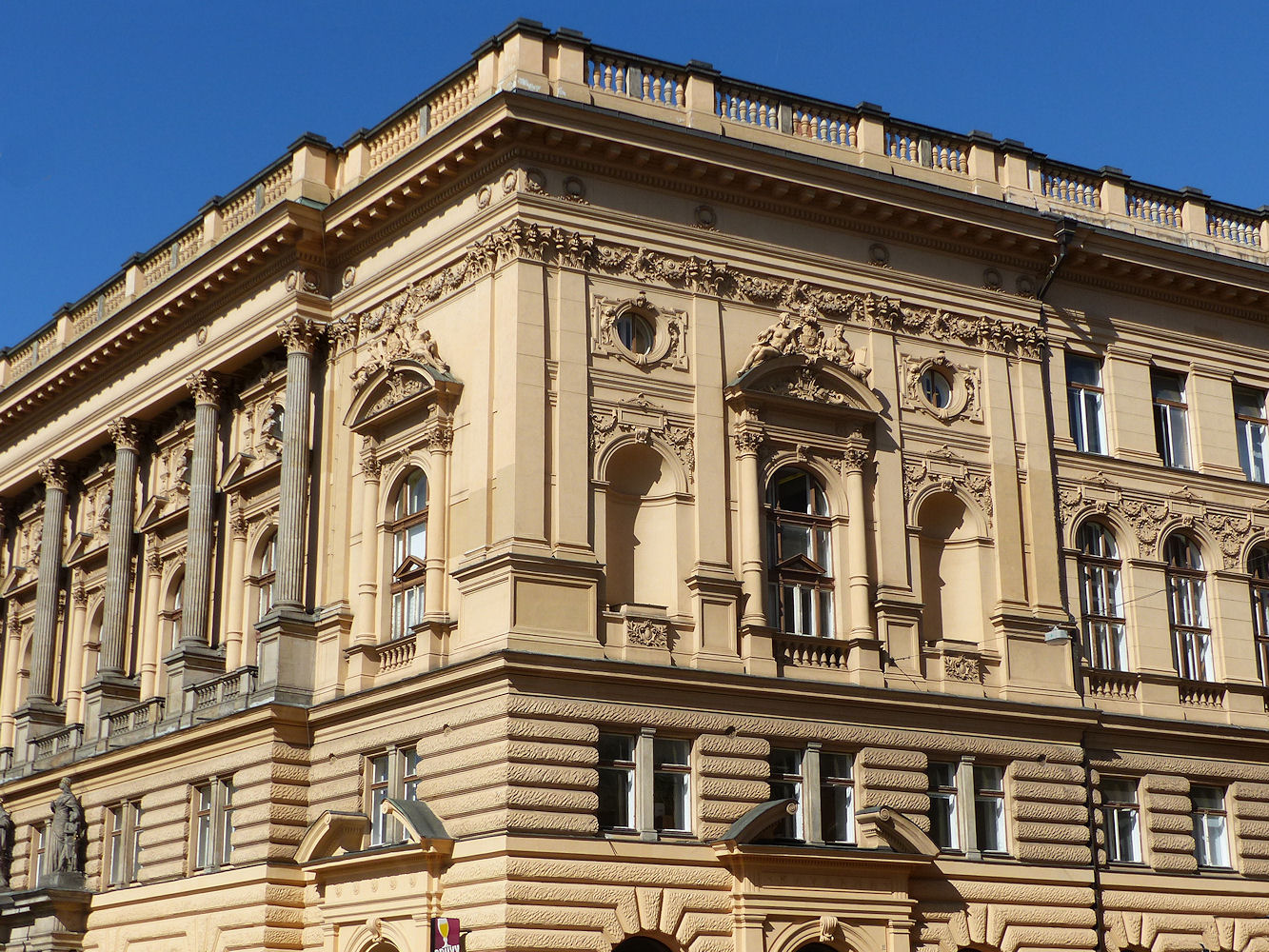 The neo-renaissance ‘National House’ was built in 1894 to a plan by the great Vinohrady architect Antonín Turek, who was also responsible for the nearby market hall and water tower.

Although the Czech nation would not exist as an independent entity until 1918, the monumental architecture of this period reflected the strong desire of nationhood.  In the pediment appears the bust of František Palacký, by the sculptor Antonín Popp. Palacký was a prominent political thinker and politician who urged the case for Czech autonomy within the Austrian empire, and later for an entirely independent Czech state.

The interior is appropriately spectacular, especially the main hall, each of whose bays contains the bust of a notable Czech artist, politician or other worthy. It was here in 1927 that the Russian poet Vladimir Mayakovsky – a revolutionary in every sense of that word – gave a lecture on the Russian avant-garde, followed by a rendition of the Czech translation of his poem ‘150,000,000’. The visit was seen as a remarkable triumph, remarkable enough for the room to be officially renamed ‘Majakovského sál’ (the Mayakovsky Hall). 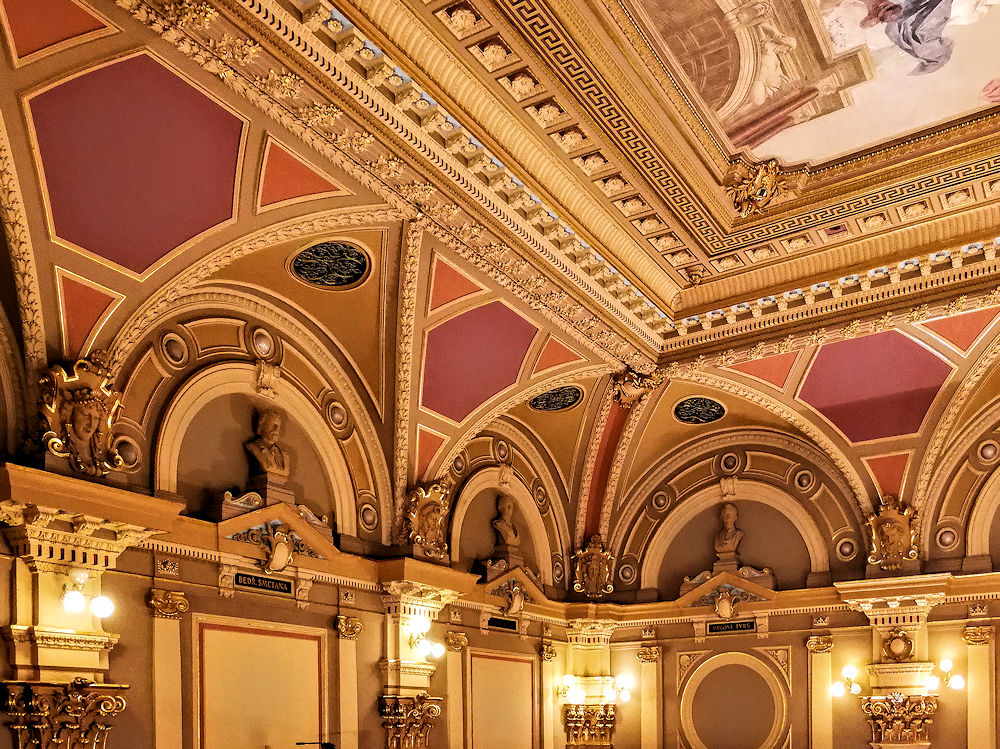 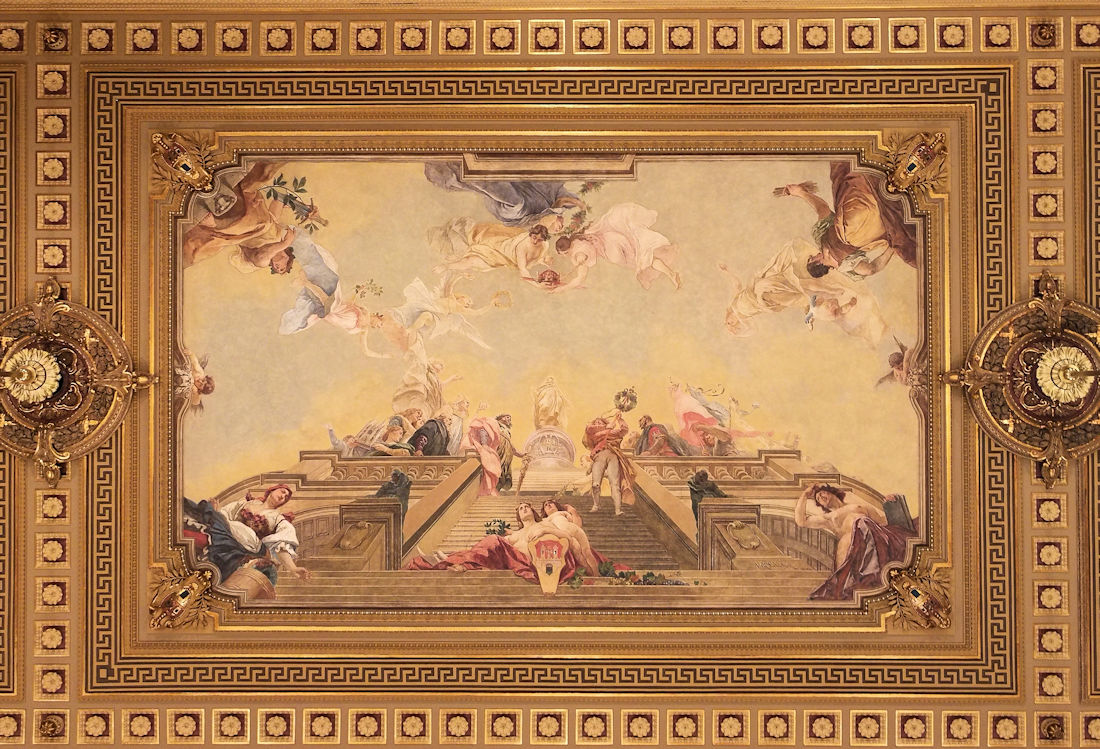 Part of the cycle ‘The Foundation of Vinohrady by Charles IV’, painted by Adolf Liebscher

During the communist era the National House was re-styled – unsurprisingly perhaps – as the ‘Cultural Centre for Railway Workers’. Since the Velvet Revolution of 1989 it has been known once more by its original name. 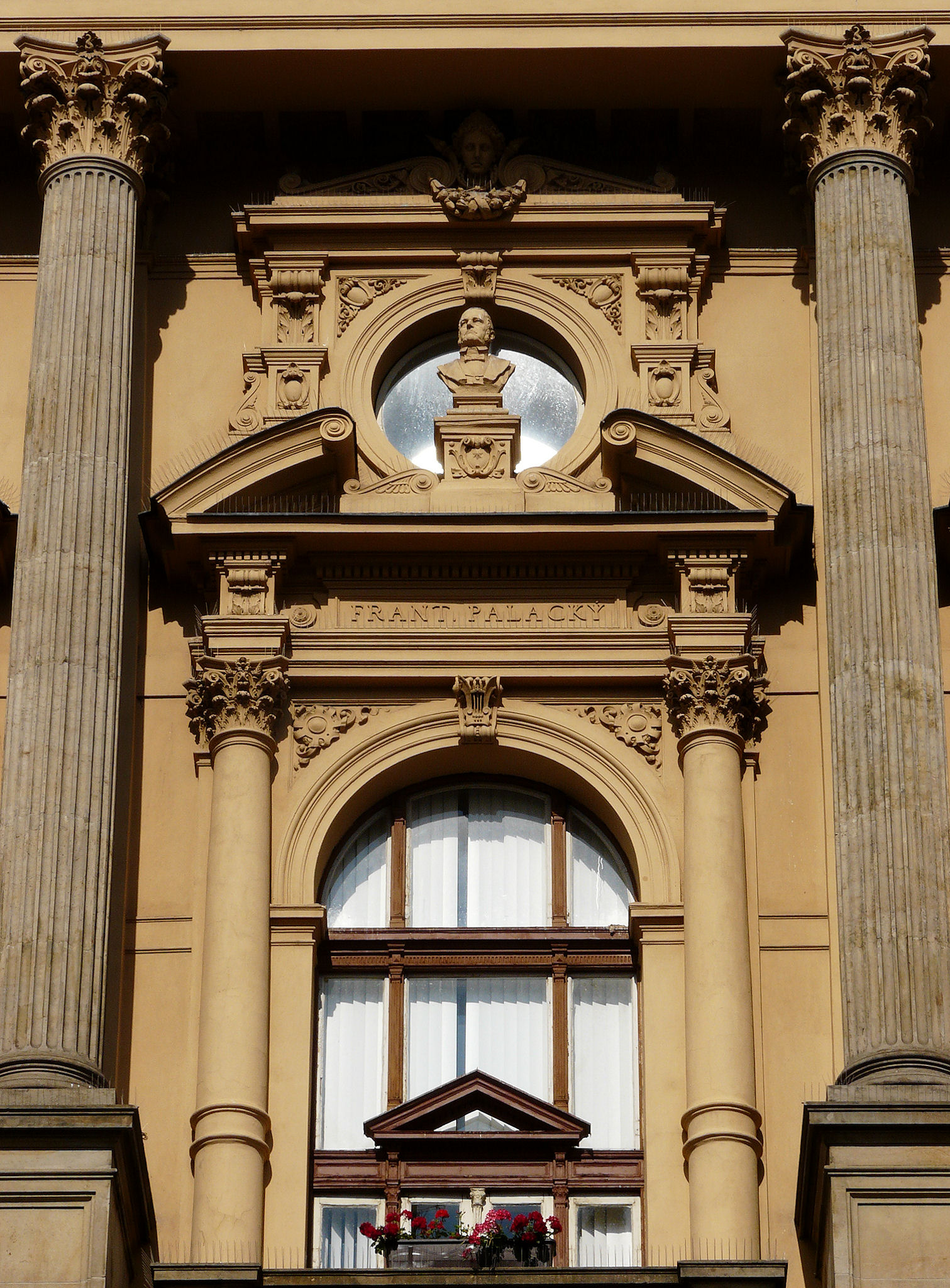