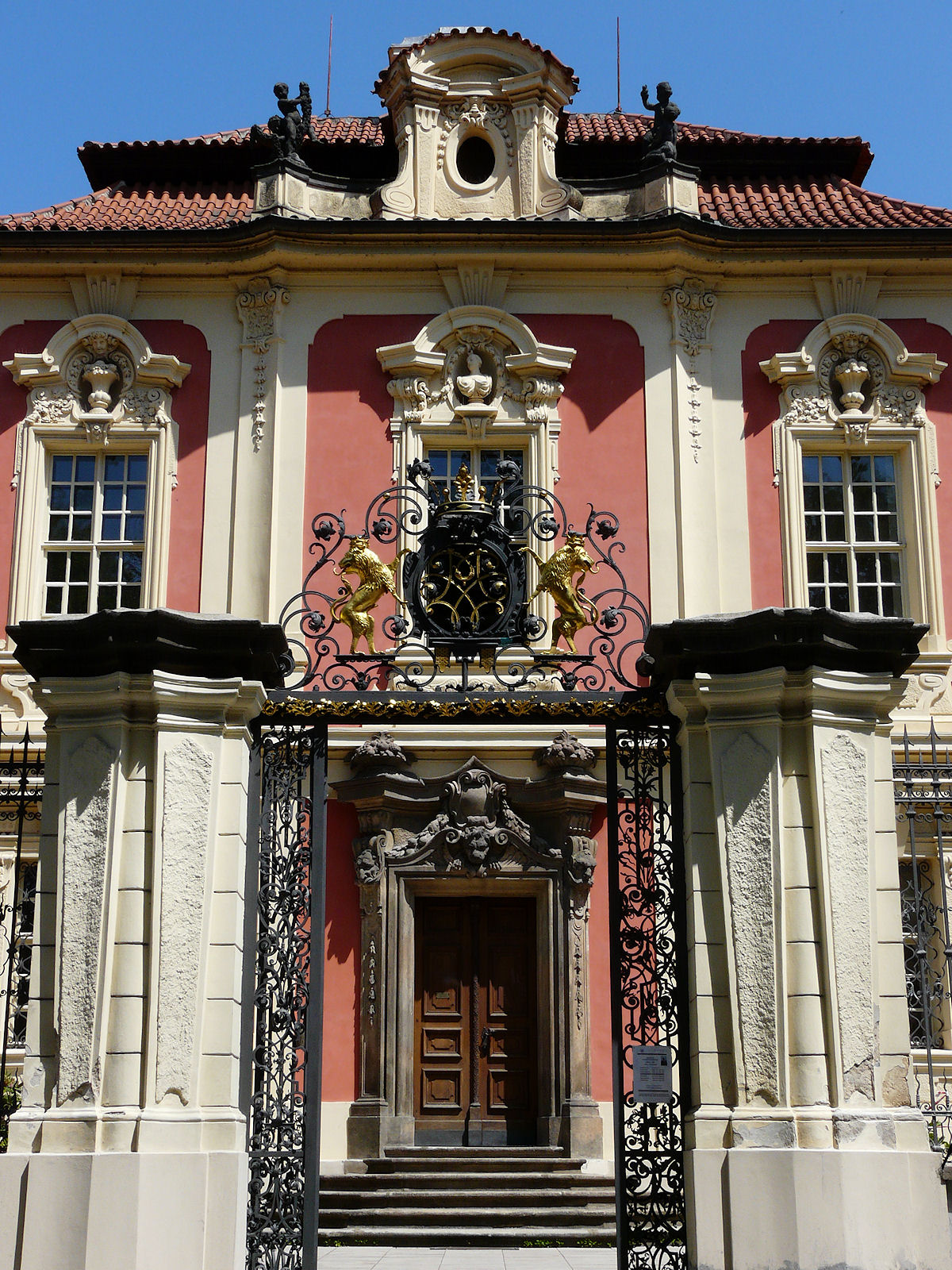 Known principally for his many sacred buildings, including the cathedral of Saint Nicholas and that of Saints Cyril and Methodius, the prolific Prague architect Kilián Ignác Dientzenhofer was also responsible for a number of magnificent secular works, among them the Kinský Palace in the Old Town Square and the Invalidovna complex in Karlín.

From 1715 to 1720 he also worked on two smaller-scale projects: a baroque villa built for his own family in Smichov, and this beautiful summer palace with its stunning triple-axis facade, commissioned by Count Jan Václav Michna of Vacinov.

In 1826 the villa was taken over by the proprietors of the garden restaurant ‘Amerika’ – hence its present name – and since 1932 it has housed the Antonín Dvořák Museum. The collection (open every day except Monday) comprises manuscripts, correspondence and the personal effects of one of the world’s greatest composers.