Resslova 9a: Cathedral of Sts Cyril and Methodius

The corner of Na Zderaze and Resslova streets has always been a holy place. Tradition has it that Methodius himself (who with his brother Cyril set out to popularize Christianity in the Slavic lands) dedicated a chapel here. Certainly a later church of SS Peter and Paul stood on this spot from the 12th to the 15th centuries.

The present building, originally dedicated to Saint Charles Borromeo, was begun in 1730 by Pavel Ignác Bayer, and completed between 1733 and 1740 by Kristian Spannbruker and Kilián Ignác Dientzenhofer. Shortly afterwards it was one of the many churches to be closed down under the reforms of Emperor Joseph II, who sought a more religiously tolerant Europe less in thrall to Rome. When it was reconsecrated in 1933, this fine baroque building became the leased property of the Greek Orthodox Church, which still has use of it today.

In 1942, the bishop and other parish priests attempted to conceal the Czechoslovak parachutists who had taken refuge in the crypt following their successful mission to assassinate Hitler’s deputy in Bohemia, SS-Obergruppenführer Reinhard Heydrich. The tragic outcome of those events is recorded on the memorial plaque, flanked by a soldier in the uniform of the British Parachute Regiment and a Greek Orthodox priest. 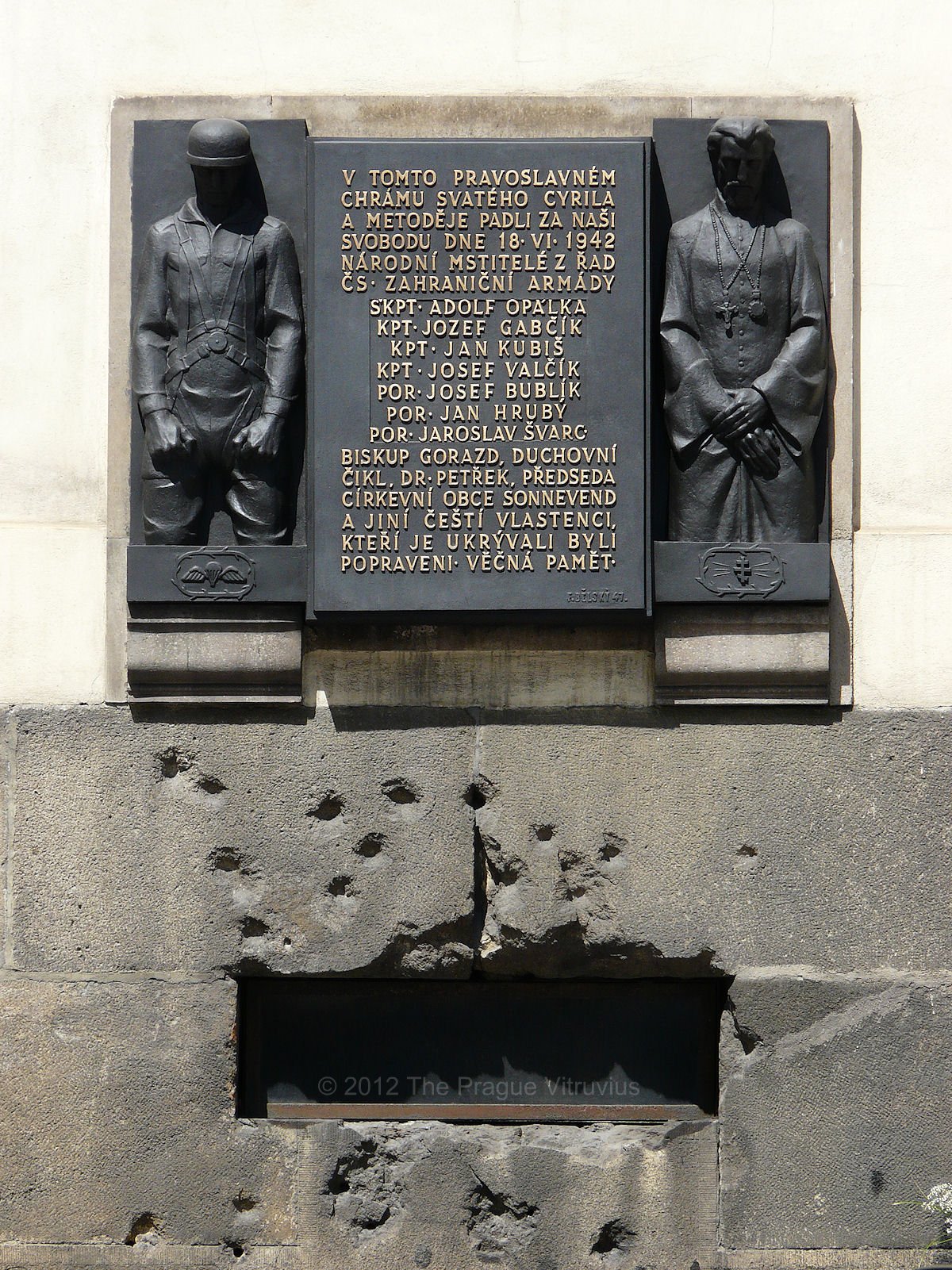 “In this Orthodox church of Sts Cyril and Methodius there died for our freedom on 18 June 1942 the Avengers of our Nation from the Czechoslovak Foreign Legion:

Immediately below the plaque is the horrific signature of the gun battle of that day.