The monumental cathedral of Saint Nicholas was begun in the late 1670s as the centrepiece of the recatholicization of Bohemia following the Thirty Years’ War. In 1702 the great Prague architect Kryštof Dientzenhofer took over the project, finishing the nave and west end in 1711. His son Kilián Ignác was responsible for the vault and landmark dome as well as the extravagant interior, while the tower was finished in 1752 by Kilián’s son-in-law Anselmo Lurago. 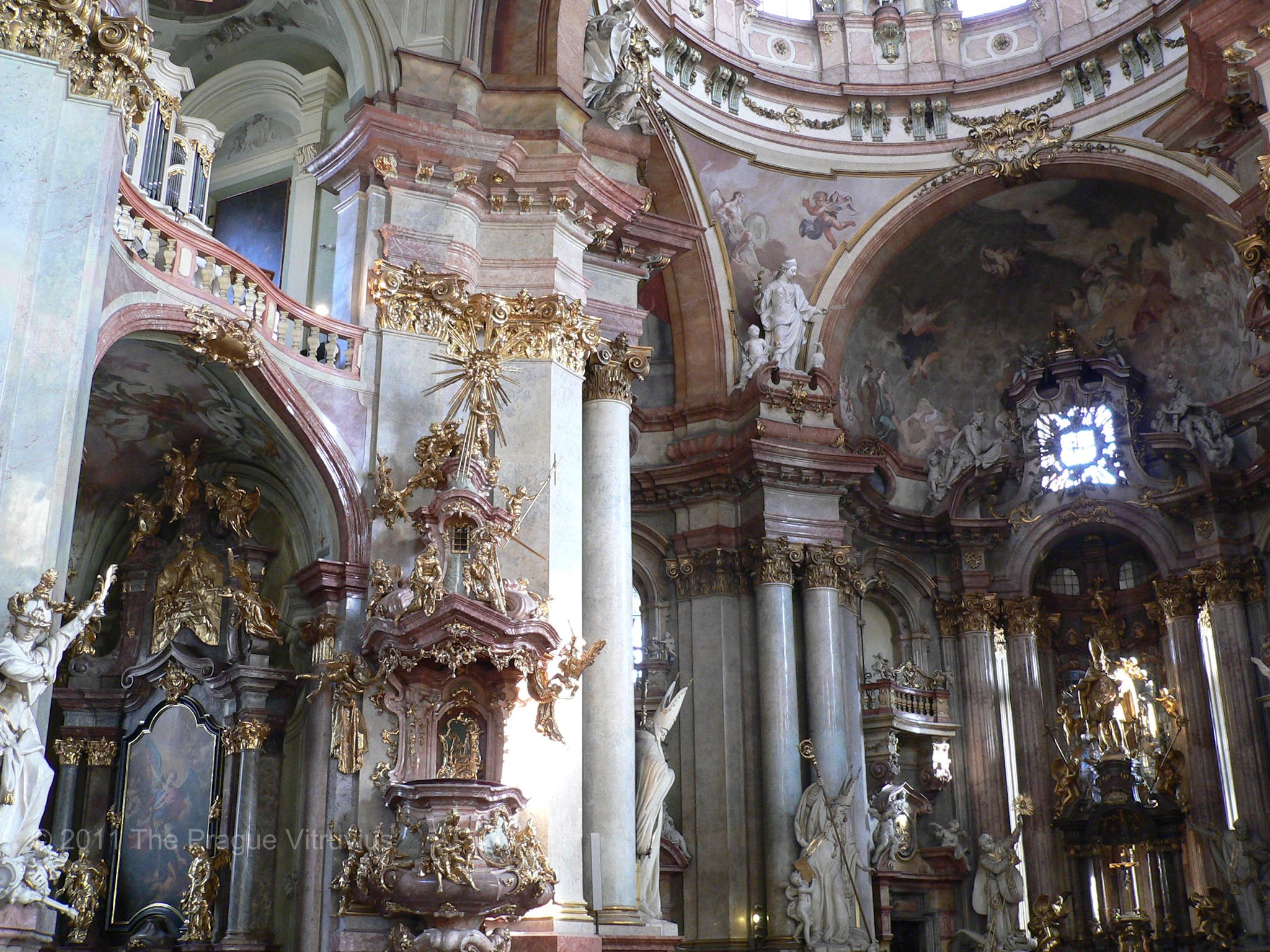 The church, which dominates Prague’s Malá Strana (Lesser Quarter), has long been considered one of the world’s greatest examples of baroque design. The interior is decorated with stunning trompe-l’oeil frescoes by the Vienna-born Jan Lukáš Kracker.