The Business Academy of Prague, founded in the district of Karlín in 1909, was obliged to move to larger premises in Vinohrady in 1925. Its new home was a constructivist building by František Kavalír and Pavel Smetana, a pupil of Gočár. To reinforce the college’s civic and educational mission, the sculptor Karel Dvořák was commissioned to produce a group of representative tradesmen to stand guard over the entrance. 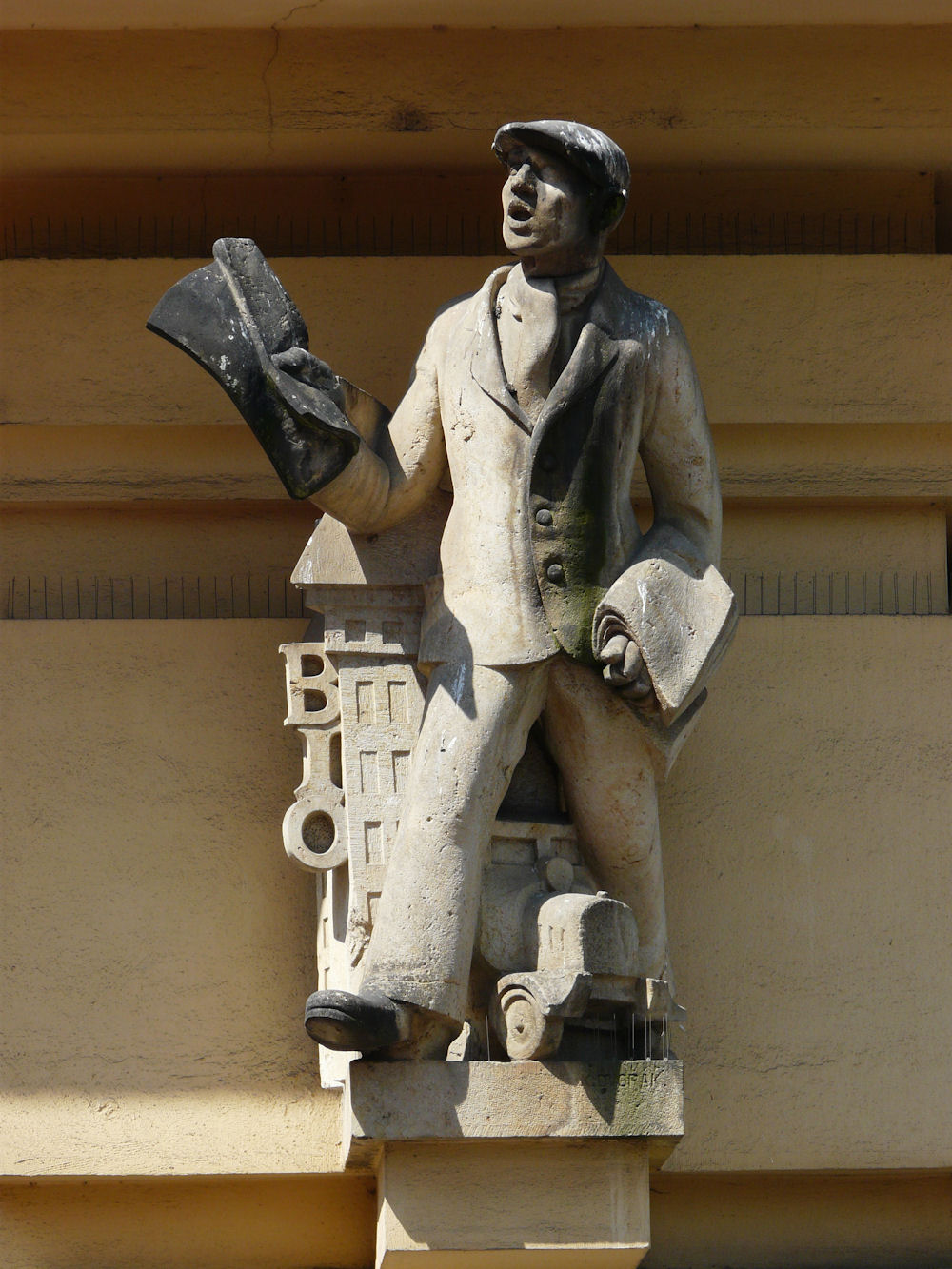 And as if to comment on all this subversion, a ‘camelot’, or newspaper vendor, cries the latest headlines from the street corner. Behind him rises an office building, and at his feet, a perspective-defying delivery van confers on him the status of a giant.

It is possible that a fifth statue by Dvořák, depicting a miner with a pneumatic drill, was intended to form part of this group. Until recently attached to the wall of a warehouse in Prague’s Holešovice district, the statue is currently missing.

Towards the end of his career, the Ministry of Education paid Dvořák to produce what remains the only original 20th century piece for the Charles Bridge, a group depicting Saints Cyril and Methodius introducing Christianity to the Slavic lands.