On the eastern slopes of Letná hill, overlooking the Vltava, this unusual modernist pavilion looks as if it has been teleported from some future time into its present location. In actual fact that’s not far off the truth.

Originally designed for the World Fair of 1958 in Brussels, the lightweight glass and steel structure with its distinctive raised rotunda successfully combined a pleasing aesthetic with novel technologies and construction techniques. Its modular system allowed it to be simply erected and dismantled, a requirement of the project brief.

Visited by 6 million people and winner of the Grand Prix for best pavilion, it must have been with some pride that the building was taken down and transported to its new location for all Czechoslovak citizens to admire. 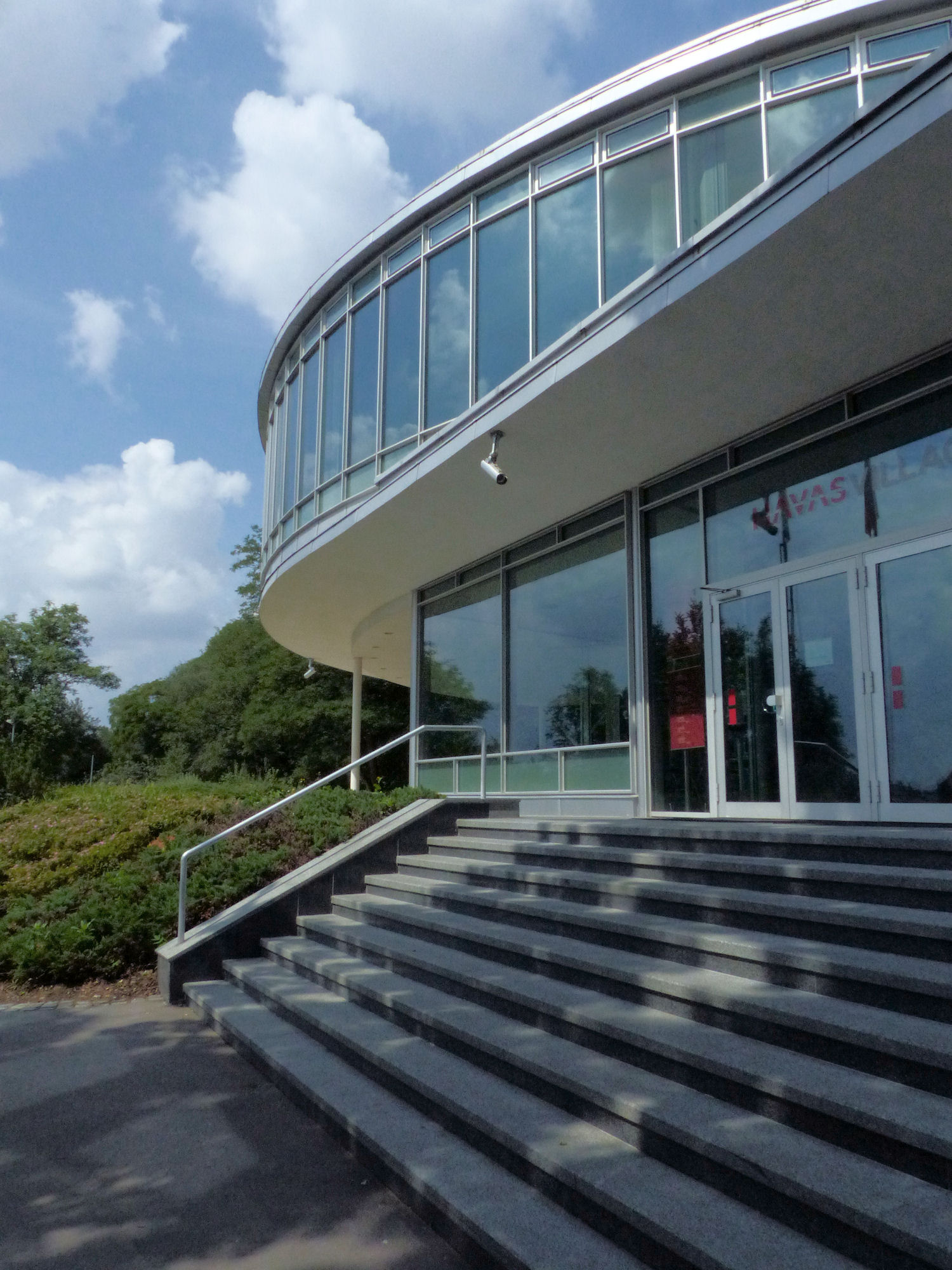 The architects who came up with the winning design — František Cubr, Josef Hrubý, and Zdeněk Pokorný — had been working together for four years when the Fair took place. With a background in retail and office buildings, the three formed one of eight competing teams from the state-run design institute formerly known as Stavoprojekt. Their winning design proved one of the biggest draws at the Brussels expo, and the building did much to satisfy the Communist party that its modern vision of life could easily compete with that of the West.

The restaurant section of the pavilion was installed on the foundations of a seventeenth-century wine-press on the east-facing slopes of Letná, where its commanding view over Prague’s old town ensured that it continued as a popular destination until the end of the communist period. The pavilion’s sale into private hands in 1989 saw it fall into complete abandonment and decay, and it was not until 2000 that the current reconstruction took place, supervised by architect Jiří Kripner on behalf of the current owners, the Havas Worldwide advertising agency.