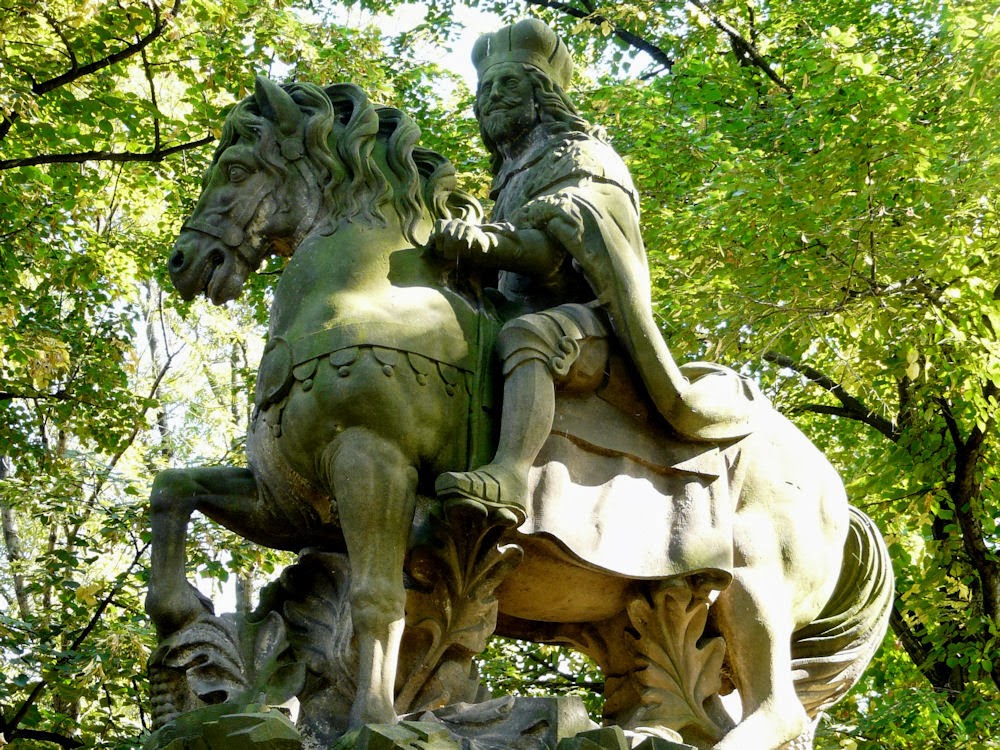 Originally erected at the centre of Prague’s Horse Market (Koňský trh) this statue of Bohemia’s tenth-century ruler is the work of the prolific Baroque artist Jan Jiří Bendl, who sculpted it in 1678 in exchange for 200 guilders and 10 korcy (about 1400 lb) of rye flour.

During the period of the Czech National Revival in the mid-nineteenth century, this ancient statue became a gathering place for those who longed for secession from Austria. So it was that in 1848 (exactly 500 years after the establishment of Charles IV’s New Town) the revivalist Karel Havlíček Borovský agitated for the Horse Market to be renamed in honour of Bohemia’s patron.

Having done its patriotic duty, Bendl’s sculpture was removed to its present location in the leafy orchards of Vyšehrad in 1879. And in 1912, just six years before the birth of Czechoslovakia, a fine new equestrian statue of the saint by Josef Václav Myslbek arose at the upper end of the old horse market, now renamed ‘Saint Wenceslas Square’.