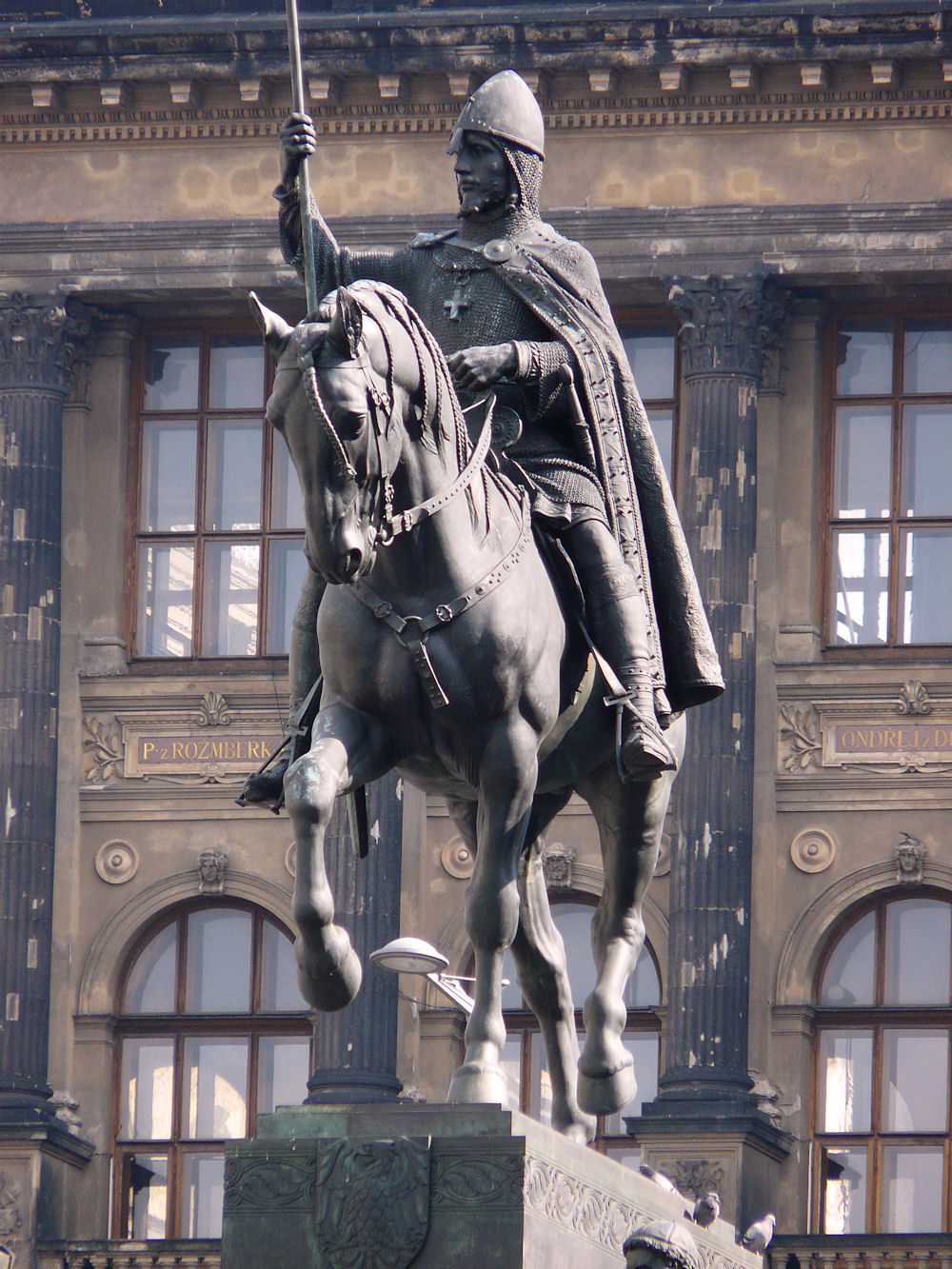 Prince Václav I – known to the English-speaking world as ‘Good King Wenceslas’ – was one of Bohemia’s first Christian rulers. On 28 September in the year 929 (some say 935) he was murdered by his brother Boleslav the Cruel while attending a church service just outside Prague. Almost immediately there grew up a cult which remains to this day one of the strongest aspects of Czech national identity.

In 1879, the sculptor Josef Václav Myslbek began work on a memorial to the saint at the upper (south-east) end of the 500-year-old Horse Market, recently renamed ‘Saint Wenceslas Square’. Replacing a much earlier Wenceslas, Myslbek’s version was first unveiled in 1913, but not completed until 1924, two years after the sculptor’s death.

The monument is impressive in both scale and concept. At each corner of a black granite pedestal stand representative saints of Bohemia: Wenceslas’s grandmother Ludmila (pictured below), Saint Agnes, Saint Procopius and Saint Vojtech. Towering above them, a mounted Wenceslas surveys his capital from on high, his left hand loosely holding the reins, his right gripping a slender lance. Myslbek worked on the monument for 35 years, modelling the horse on the army stallion Ardo, and the face of Saint Procopius on his own.

Around the pedestal the inscription – from the twelfth century Saint Wenceslas Chorale – reads ‘Svatý Václave, vévodo české země, nedej zahynouti nám, ni budoucím’ – ‘Saint Wenceslas, Duke of the Czech lands, let not us, nor our descendants, perish’. In front of this monument, on 28 October 1918, the new nation of Czechoslovakia was formally declared.