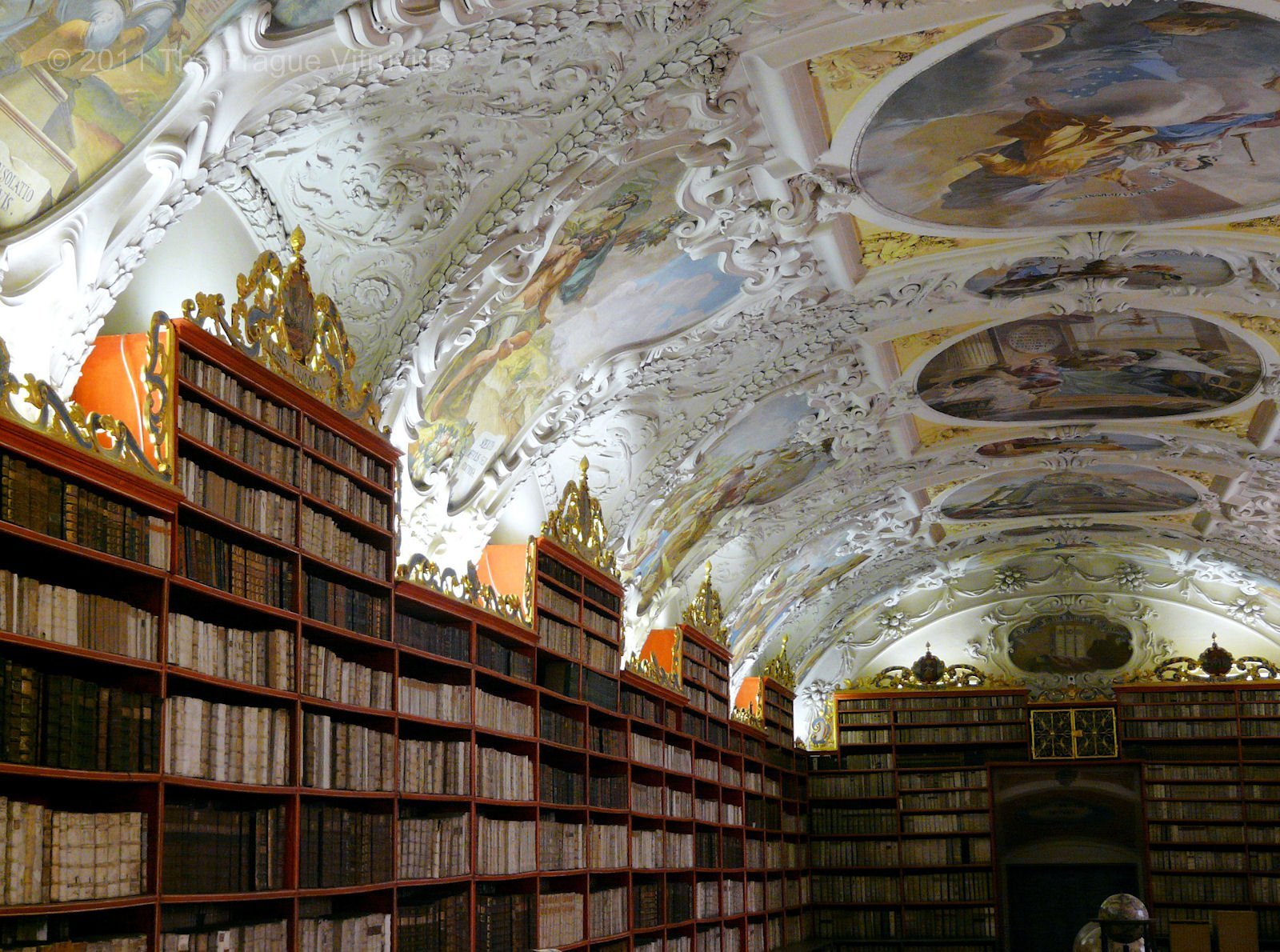 The Strahov monastery has been home to the order of Premonstratensians (White Canons) since 1143, and to the relics of Saint Norbert – the order’s founder – since 1627. The complex of buildings is remarkable for its painted ceilings, two of which are shown here. The first, a stuccoed ceiling with cartouches by František Siard Nosecký, is in the Theological Hall, constructed in 1649 to house those books not looted by the departing Swedish forces at the end of the Thirty Years’ War.

By the end of the 18th century, the monastery’s expanding collection required an additional library. Begun by Jan Ignác Palliardi in 1783, the Philosophical Hall was completed in the 1790s with a neo-classical walnut interior by Jan Lahofer of Tasovice and a superb painted ceiling by Anton Maulbertsch. The ‘Intellectual Progress of Mankind’ is a narrative depiction of developments in science and religion from ancient days. This is the view looking south towards the group depicting St Paul preaching in Athens, watched by an attentive congregation of Bohemian saints and early church fathers.

In February 2011, the Philosophical Hall became the subject of the world’s largest digital photograph, which records in astonishing detail the titles of books on the shelves and even the brushstrokes in the paintwork. Go here to see this remarkable 40 gigapixel photo, or be content with my 8 megapixel effort, below: